Ray: Far Sector #4, the most linear issue of Far Sector, is also one of the most fascinating, as Jo Mullein grapples with the failings of the strange planet she finds herself on and commits herself to change.

When we last left off, she was in the middle of a mass protest led by activists against the Emotion Exploit and a police force that was more than willing to shoot to kill. As the issue opens, she takes the fight to the officers and essentially declares war on the law enforcement apparatus of the planet. But it soon becomes clear this is a very thorny issue, with the council defending their actions and the protesters insisting that the cause is worth the loss of life. It’s not clear what Jo’s backstory is yet, but she’s clearly someone who feels passionate about social causes and is bringing this to her work as a Green Lantern. There aren’t any easy answers here, with political manipulations abounding.

Where Far Sector #4 is most fascinating, though, is in its further explanation of Jo’s new ring. This issue references past Green Lanterns from Earth, putting this firmly in-continuity. But Jo’s ring isn’t the basic model. It recharges automatically, not with a battery. It takes longer to recharge once out of power, and it seems to be a peacekeeping model with less power than the standard model. That gives her enemies something to exploit – and it also raises the question of exactly where this ring comes from and how Jo got it.

Jamal Campbell’s art is stunning, both in its depiction of the planet and the ring’s powers and in its character close-ups. Green Lantern as a franchise has been treading water for a while since Geoff Johns left, usually good but rarely great, but the one-two punch of NK Jemisin and Grant Morrison have opened up the world and told fascinating stories like we haven’t seen in a while. 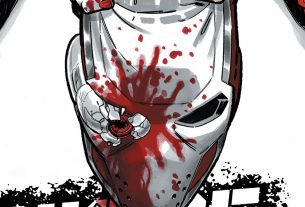 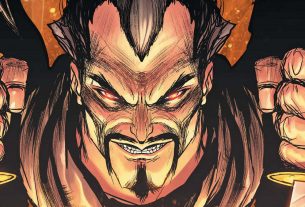