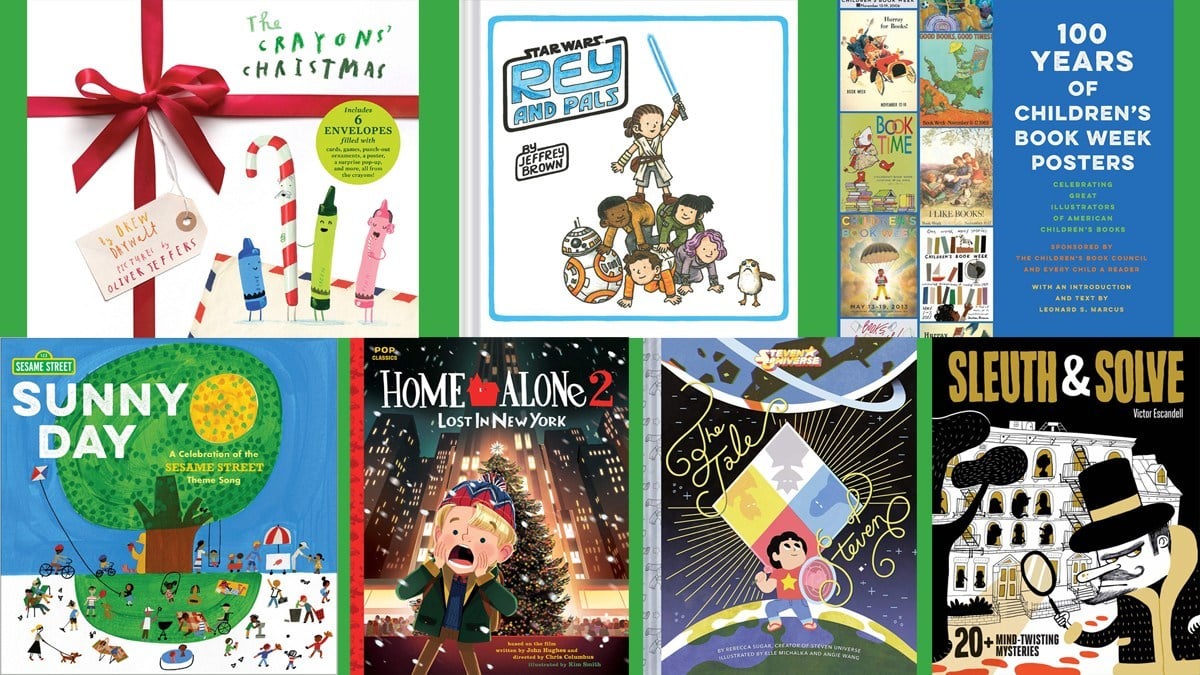 With the holiday season upon us, it’s been hard to stay caught up! I sorted through a huge pile of picture books this weekend, fully intending to write a Stack Overflow with about twenty titles … and instead I have just these seven to share for now, because of all the end-of-the-year things that are happening on a nearly daily basis, it seems. So, more to share next week, then—though wish me luck, because this is the last week of school before winter break.

We’ll start off with two Christmas-themed books, and then a few other titles that I’ve enjoyed.

The Crayons’ Christmas by Drew Daywalt, illustrated by Oliver Jeffers

This is the third book in this series by Daywalt and Jeffers, which depicts the lives of the crayons owned by a kid named Duncan, after The Day the Crayons Quit and The Day the Crayons Came Home. This one is a series of letters and packages: a postcard from Peach Crayon’s parents, a box of Christmas decorations, a Hanukkah card from Gray Crayon, and so on. Within the book are six folders (made to look like the envelopes and boxes) that hold the cards and notes—some of which include things to be punched out, like a paper doll Peach Crayon, or Christmas tree ornaments, or even a little board game. As usual, there are a lot of very funny crayon-related jokes, and there are also references to previous titles for fans to find. It’s a bit shorter than the previous books, but has a lot of extra bits to play with.

The Pop Classics from Quirk Books now includes this holiday classic, where Kevin McAllister gets separated from his family at the airport and spends the holidays in New York City on his own. The movie has been adapted into a picture book, with an illustration style that calls to mind classic picture books. It’s a goofy movie that actually works pretty well as a picture book, with the sweetness dialed up just a smidge from the movie.

Rey and Pals by Jeffrey Brown

Jeffrey Brown continues his Darth Vader and Son comic series, this time featuring characters like Rey, Finn, and Kylo Ren. Luke, Han, and Leia are finally the adults, but the newer Star Wars characters are depicted as little kids. As always, it’s a fun collection of comics filled with references to the films, often recreating familiar scenes that take on new meaning when the characters are younglings. If you’re a Star Wars fan and you haven’t seen these books before, you’re missing something brilliant!

The Tale of Steven by Rebecca Sugar, illustrated by Elle Michalka and Angie Wang

This picture book from the world of Steven Universe includes events from Steven Universe: The Movie, so if you’re not caught up with the series to that point, you’ll probably want to skip this entry altogether. The book tells the story of Steven, but from competing perspectives: White Diamond, Rose Quartz, and Steven himself all narrate the story, with the text printed in different orientations depending on whose voice you’re reading. White Diamond tries to control the story, but Steven questions and tries out different things, trying to discover who he is—is he just an extension of his mother? Is he who White Diamond insists he is? Or is he something entirely different? It’s beautifully illustrated and cleverly presented, and although it’s a picture book, I think even older fans of the show would enjoy the book.

Sunny Day: A Celebration of the Sesame Street Theme Song by various illustrators

“Sunny day, chasing the clouds away…” It’s a familiar refrain, written 50 years ago by Joe Raposo, Jon Stone, and Bruce Hart, and it still brings a smile to my face when I hear it. Sunny Day sets the song to pictures by 18 picture book illustrators like Christian Robinson, Emily Winfield Martin, Brigette Barrager, and Dan Santat. Each illustrator gets their own 2-page spread (or the cover or endpapers) to show a scene on Sesame Street in their own style.

If you’ve got a kid who likes solving mysteries and riddles, this book presents some fun cases to solve. Each of the 23 cases presents a situation and a timeline, and then a question for the reader to solve. The answer is hidden under a flap so that you don’t accidentally read it. The cases are rated on a 6-point difficulty scale, and are also marked as “logic” or “imagination” puzzles, to give you a nudge in the right direction. The book also provides instructions for working through the puzzles as a family, including scoring, but we found that it was just fun to make our way through them and try to figure out the answers before peeking.

Even the hardest cases in this book weren’t too difficult for me (because in some cases they were riddles I’d come across before), but they were excellent for my youngest daughter (age 6), and my middle daughter (age 12) also enjoyed working out the answers. I’ll note that some of the cases involve death, though in most cases the cartoony illustrations are pretty tame. There’s one, however, where a man is stabbed in the back with a knife (complete with blood stains) that I hadn’t expected, so use your discretion for younger kids.

Here’s one I missed in last week’s column about big books. Children’s Book Week was established in 1919 to encourage kids to read more. Part of that involved posters that were sent to libraries and educators celebrating the week, often designed by picture book illustrators. This coffee table book takes us on a trip through a century of posters: each one is accompanied by some information about the illustrator and (sometimes) a little bit of context about the posters. The bulk of the text of the book is in the introduction, where Marcus outlines the history of book week and how it has changed over the years—for instance, the way the focus shifted from reading solely for education to reading for enjoyment. It’s fascinating to see all of these posters together in one place, because you can also see the way illustration styles and the themes change over time.

Lately I’ve been working my way through the Arc of a Scythe young adult series by Neal Shusterman. The first title was published back in 2016 but I just hadn’t gotten to it, and now that the third and final volume was published this year, I figured it was time. It’s set in a far future world where death has been overcome, so population control is maintained by a group of people known as scythes, who have been given the authority to “glean” people—that is, kill them permanently. There are some really fascinating topics involved—I’ll share more about those once I’ve finished! 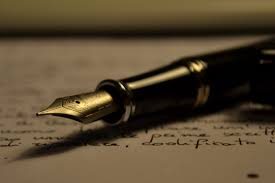