Ray: Jeff Lemire is one of the creators with the top success rates in the industry. Most of his projects (besides the odd Marvel editorially-dominated run) are met with overwhelming acclaim, and his partnerships with Andrea Sorrentino are among the best. They’re currently working on the time-travel horror book Gideon Falls at Image, but they managed to find the time in their schedule to make their return to DC for Joker: Killer Smile #1, a Black Label miniseries.

Joker: Killer Smile #1 is also the fifth Black Label project to deal with the Joker in some way, and the second to focus on a psychologist working with the killer clown. So there was a lot of pressure for this crack creative team to get it right and not get lost in the shuffle – and I’m happy to announce they do. This project has one major thing going for it, and that’s that it’s absolutely terrifying. Lemire and Sorrentino are probably the best horror creative team on the market.

Sorrentino’s art is a lot more crisp and clean than it usually is, maybe due to Jordie Bellaire as the colorist. It’s not 100% recognizable as his style, but it’s brilliant and haunting artwork that perfectly recreates some of Joker’s most iconic crimes like the laughing fish caper and a disturbing incident involving a fleet of gas-filled balloons. These are flashbacks in a story focusing on a young psychologist, Dr. Ben Arnell, who is working at Arkham and believes he can find the key to restore Joker to sanity. His boss has little faith in him, his wife is worried about him bringing the work home, and Joker takes every opportunity to pick at his weaknesses and try to pull him down into the madness with him. If that wasn’t enough, his young son has come into possession of a disturbingly violent children’s book with a morbid clown theme. It doesn’t take a lot to figure out things are going to get worse from here.

Sure enough, Ben starts to have disturbing visions and loses his grasp on reality, as time starts to get away from him and the clown motif works its way into every aspect of his life. It’s a slow, creeping burn that jacks up the tension with every scene. It’s also pretty clear that Ben’s life is likely about to take a spiral down the drain since he chose to get involved in the Joker’s world, and that makes me nervous to see this play out. That sweet wife and child are probably in for some rough times, but I’m hoping a brilliant writer like Lemire won’t fall prey to cliches. Whether you enjoy this story probably depends on how much tolerance you have for Joker-mania – he’s far from my favorite villain, but a great Joker story can easily win me over. The first issue makes me think this is going to be a great Joker story, and another strong entry for one of the best creative teams in comics. 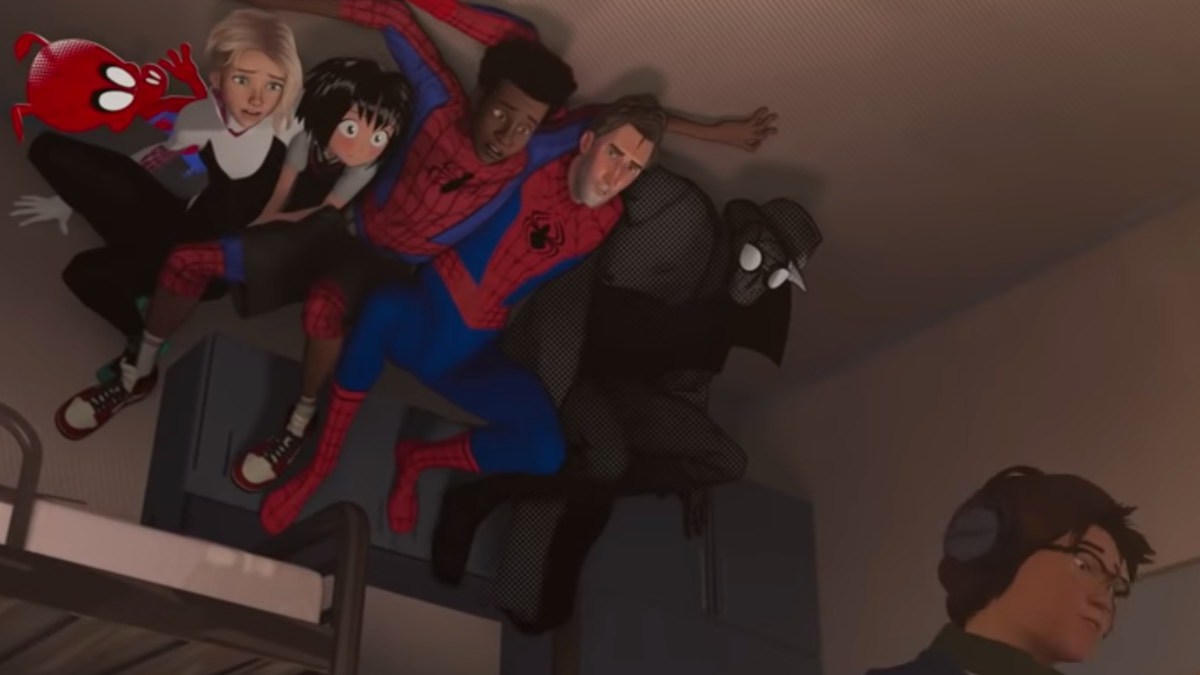 ‘Spider-Man: Into the Spider-Verse’ Trailer – This Looks Amazing!