Ray: “The Trials of Harley Quinn” has been one of the most inventive and complex storylines the character’s ever been through, combining cosmic adventures with meta-commentary on event books and a very human story of Harley grappling with the death of her mother. It also introduced the fascinating Mirand’r, a Tamaranean teen ghost who has been Harley’s spirit guide.

But in Harley Quinn #66, Harley’s completed all her challenges and has officially become the avatar of the Lords of Chaos and Order – represented as a giant glowing eye and an angry-looking cloud. They give her a shiny suit of armor, a flaming sword, and a new mission – which she promptly disregards to try to kill them for what she thinks is their role in the death of her mother. After being thoroughly blasted across the universe, the Lords take her to a neutral zone – which resembles a southern parlor where they’re represented as a pair of old ladies enjoying afternoon tea.

The dichotomy of cosmic powers representing themselves as stern old ladies aside, this is a fascinating issue that puts a satisfying capper on the story of Harley dealing with the one thing she can’t beat – death. The Lords of Chaos and Order are surprisingly compassionate for inhuman cosmic entities, and they give Harley and her mother a chance to say goodbye. This is a segment that firmly eschews maudlin grief and instead gives Harley the kind of goodbye I’m sure many people wish they could have had with a loved one. This is an incredibly powerful comic, and it proves that Sam Humphries is slowly building himself a resume as one of DC’s best writers. It gives Mirand’r a satisfying send-off, but I’m hoping this isn’t the end of the character – am I the only one who thinks this character is the closest thing the DCU has to cartoon Starfire? By the end of the issue, Harley is off for a new and incredibly meta adventure, and I’m hoping Humphries has a lot longer in his run to go. 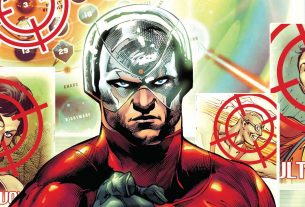 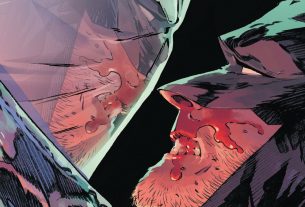