Phillip Kennedy Johnson is an Eisner nominated comic creator and alumnus of the 2017 DC Comics Writers Workshop. He’s published work with various companies like Boom! Studios and IDW, and his latest project, The Last God, will be released by DC Comics on their DC Black Label imprint.

He teams up with artist Riccardo Federici to bring this epic fantasy/horror tale to readers later this month. At this year’s New York Comic Con, I was fortunate enough to speak with both creators to learn more about the new series. Federici felt more comfortable conducting the interview in his native Italian, so he spoke via an interpreter.

Gary Catig: For our readers who might not be familiar with the title, how would you describe The Last God?

Phillip Kennedy Johnson: The Last God is a true epic fantasy horror mash-up. It’s all in in both ways. The story tells two parallel stories of two different fellowships, thirty years apart as they try to take down the horrors of The Last God.

Riccardo Federici: He loves so much this story because it is a beautiful story. We have two different timings that are put together in this story. It is very original and he thinks the public will enjoy so much.

GC: You touched upon it that in the story, there are two separate fellowships, thirty years apart, that set off to combat evil. Can you describe the members on this quest a little bit and are there any that you relate to most or you think that will stand out to readers?

PKJ: Well, I have my favorites for sure but hopefully, the test of the book will be I want different people to find different characters to relate to. Hopefully, there won’t be just one. The original fellowship is a group of characters, that, at first glance, seem like the stereotypical party of adventurers, like you would see in a tabletop game, but the further we get into the story, you see a lot of their expectations will be subverted and they’re actually not much like that at all.

There’s a stereotypical big strong hero, the fighter who eventually becomes the ruler of his world after the first fellowship supposedly succeeds. There’s Veikko Al Mun, the Ferryman King, the leader of the Aelvan race and protector of the Aelvan nations. Jorunn, the Greatest of the Dwarrows, who are like the dwarves of this world. Cyanthe, a human adventurer who later becomes queen and all that.

This is a team of heroes we think until, years later, we realize their story of victory and saving the world actually did not go down the way they said. Another fellowship starts to form around that lie and they set out to redeem the sins of their predecessors.

GC: For Riccardo, does he have a favorite character that he liked to draw?

RF: He loves so much the character of Eyvindr because he is a hero that finds himself step by step in the stories. He is very like Conan and he loves so much Conan.

GC: Just curious, how did this creative team come together? How has the collaboration been between the two of you?

PKJ: Our editor actually brought us together, Amedeo Turturro. I worked with Amedeo on an Aquaman Annual a while back and Amedeo noticed I had a love for world-building. He was also working with Riccardo on the monthly Aquaman book, and years later when Amedeo’s focus shifted on different kinds of stories in DC, he approached me about writing a horror story set in a fantasy world.

We started talking about different artists that we might use, he mentioned Riccardo could be a possibility, and that became the list for me. That’s the only name I needed to hear. That’s how it came together. He’s been the best choice in the world for this book. Seriously, if I had the pick of any artist in the world to do this book, it would be Riccardo. No kidding!

RF: When he was asked to do the comic, he appreciated it so much because he loves the story. He is also happy to create a good team with Phillip and the editor, Amedeo, because they put these minds together to create the better solution to do a great comic.

GC: This question is for Riccardo. You previously worked on Aquaman, which although it’s a superhero book, had fantasy elements like magic and the different creatures from the Undercurrent. What about fantasy do you enjoy illustrating? Is there anything you can do with The Last God that you couldn’t do with your previous projects?

Aquaman was less complicated because there are characters that are recognizable for the people and the magic is modified to a style people know. This comic is totally different because he can do something original, totally original and horror.

GC: This question is for Phillip. There seems to be a lot of supplementary material that will be included like songs, poetry, and secret texts. I know in Warlords of Appalachia you had a song at the beginning of each issue. Do you just immerse yourself in your writing so much that you can develop all this other content? What do you hope that your readers will get from all these extras?

PKJ: Well, I want the world to feel real to them. To me, the thing that sets fantasy writers like Martin and Tolkien apart, and even J.K. Rowling in her way, they have so much world-building behind the scenes that don’t make it onto the page that makes the page feel more real. In Tolkien’s world, you’re reading songs and poetry that he wrote that make the world feel so old. That made a huge impression on me reading that stuff early on. It just added a whole other level to those worlds.

Martin’s world, there are these little nuances to the language that just tell you those people have been around for a long, long time. It’s so important. If you don’t have that. If everyone just talks normally. Talks the same, looks the same, acts the same. If you’re just seeing people in armor walking around with nothing to set them apart, it just feels so fake. I got into comics because I like world-building. This is a chance for me to just pour the hours and creativity into it.

The book is too big for the comic to hold so DC has given us additional pages at the end of every issue to add that supplemental material to help the reader feel even more immersed in it so they really feel it’s a real place. Though it’s not a nice place, I want them to want to be there. I want them to explore it the way I do when I find a story I really love. The supplemental material, to me, is half the book. I want the readers to hear the music. We wrote in world music.

GC: You used it for the trailer.

PKJ: Yeah, I used it for the trailer. There’s another trailer coming out soon with a song from the first issue in it. It’s written in in-world notation. It doesn’t exist in the real world. I want to make it feel like they’ve been transported. You know?

GC: My last question is although The Last God is published by DC, it seems to be in its own world separate from the DCU. Over at the competition, they also have a fantasy property and he’s interacting with their heroes there. If you could, which DC characters do you think would be fun to have visit Cain Anuun?

PKJ: Oh wow. What DC characters would be there? The truest answer is none of them because it feels so unlike this world. If I had to choose one from DC continuity to put here? Whew, I really don’t know. The Spectre, I guess. Maybe the Spectre. I could see it’s such a bleak and harsh world, I could see something like the Spectre existing in that world and having a place there.

RF: He thinks that in this kind of story, it’s possible to put in a bad character like the Batman Who Laughs but he’s not entirely sure.

We appreciate both Phillip and Riccardo taking the time out to speak with us and would like to thank the folks at DC for the opportunity. The first issue of The Last God comes out on October 30. 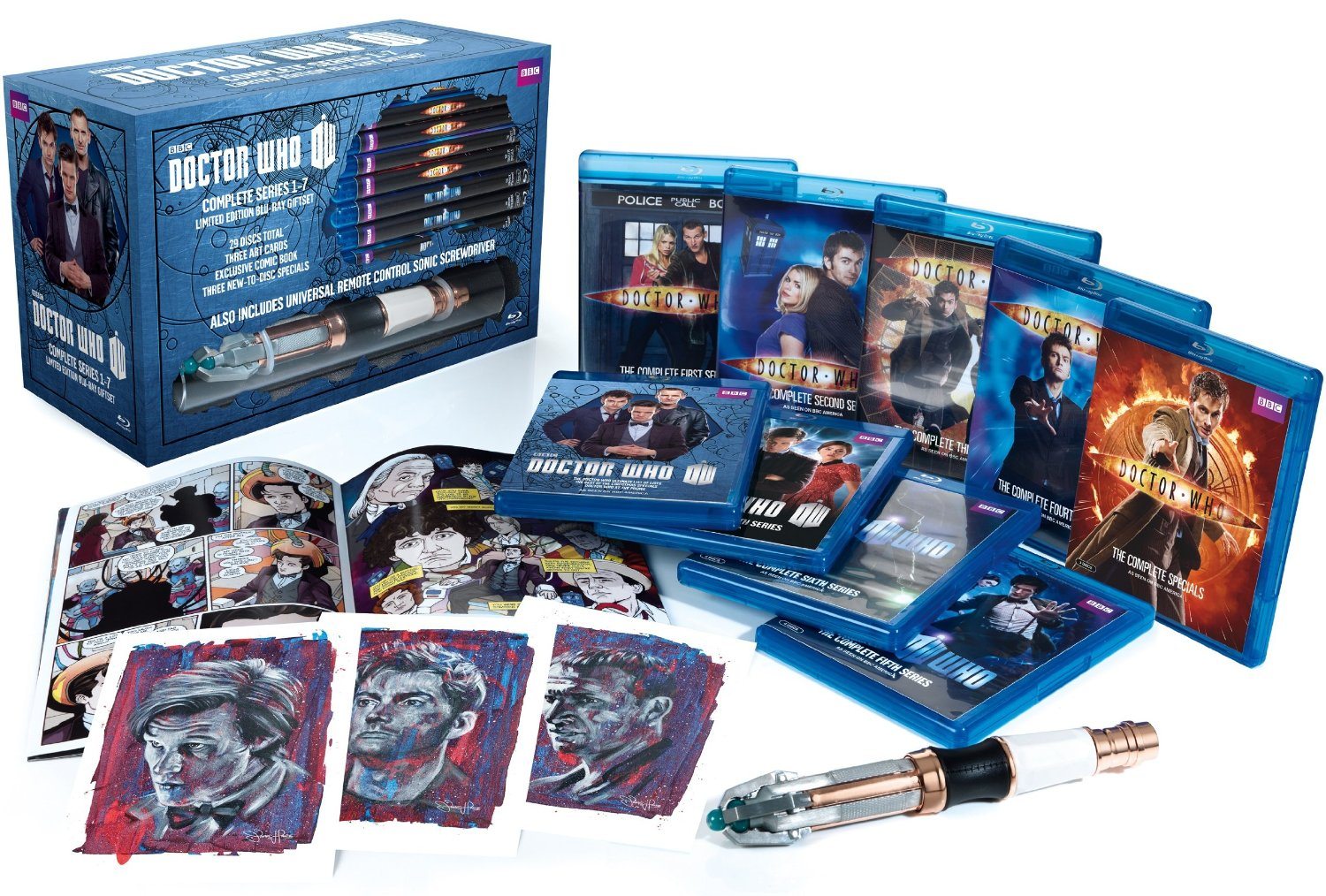 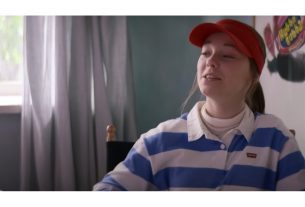 GeekMom: Netflix’s ‘The Baby-Sitters Club’ Continues to Honor the Original While Updating the Story for Today 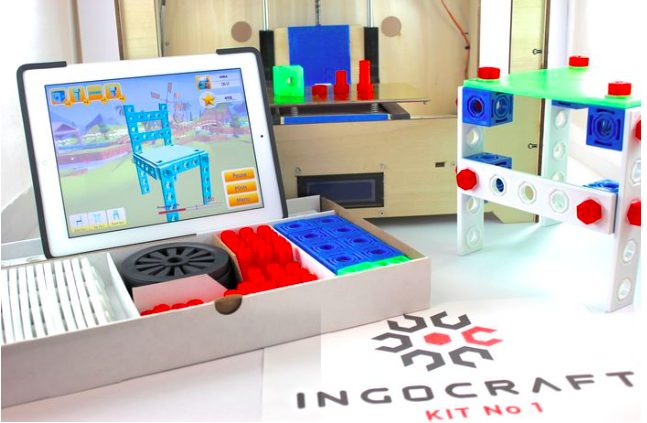