Collect ingredients, craft potions, and then use those to create powerful spells! Who will be the most successful of the Animalchemists?

Animalchemists is a card game for 2 to 5 players, ages 8 and up, and takes about 20 minutes to play. It’s currently seeking funding on Kickstarter, with a pledge level of $19 for a copy of the game. The game involves picking up resources and trading them for other cards, so kids should be able to pick it up fairly easily; you might be able to go even younger than 8, but there is a little bit of reading involved on the spell cards.

Note: My review is based on a prototype copy, so it is subject to change and may not reflect final component quality. One change is that the point value of the spells will be easier to see in the final version.

The animalchemist cards are wonderfully illustrated, featuring less commonly seen animals as the characters: pangolin, sloth, fennec fox, honey badger, and red panda. Each card is double sided, showing a close-up on the side with the special ability, and a full-length portrait on the back side.

The illustrations on the other cards are also pretty, but not quite as exciting. There are various ingredients (mushroom, honey, bone, seeds, and herbs) and different potions. One nice touch on the potion cards is that the different potions come in different bottles, and the backs of the cards show a tipped over bottle. You can always tell which potions a player has, but not what ingredients are in their hand.

The spell cards are all unique, so each one has its own illustration, some featuring the animalchemists as well.

As with previous games from CardLords (like BattleGoats), Animalchemists will come in a durable plastic tuckbox, making the game portable and durable.

The goal of the game is to score the most points by creating spells; unused potions and ingredients are worth points as well.

Set up the market area in three rows: ingredients, potions, and spells. Shuffle the ingredients and lay out the first 5 ingredients face-up. Sort the potions by type, and lay them out as a second row. Finally, shuffle all the spells except the Time Stop spell. Place Time Stop at the bottom of the deck, and then reveal the first 5 spells in a row.

Give each player a character card, placed with the ability side face-up. To choose a starting player, look at the bottom of the ingredient deck. The player whose ability matches that ingredient goes first.

On your turn, you get 1 action, but you may also use your character ability and cast as many spells as you have.

Your action may be spent on one of the following:

If you cast a spell, you use its ability and then turn it face-down. You’ll still score points for it, but you cannot cast it again. Each player also has an ability that lets them take all of a specific ingredient from the row; when you use your ability, turn your character card face-down.

At the end of your turn, refill the ingredients row and the spells row from the decks. If the ingredients run out, you reshuffle the discard pile. Potions are not returned to the market after they’re used, so once a potion stack runs out, there are no more available.

The game ends immediately when the Time Stop spell is crafted. (It does not have to be cast.)

Why You Should Play Animalchemists

I generally like portmanteau words, but sometimes you’re not sure how they’re meant to be pronounced. The “al” in “animal” doesn’t sound the same as the “al” in “alchemists,” so for a while I wasn’t sure whether the game was pronounced “animal-chemists” or “anim-alchemists.” Well, turns out it’s the latter, so now you know!

Animalchemists is a fairly light game—the rules fit on a long sheet that will fit in the tuckbox, and it’s easy enough to explain that you can set up and get going in a couple minutes. With only one action to take per turn, the game moves pretty quickly. The multi-tier market seems simple enough: get ingredients for free, use ingredients to get potions, use potions and ingredients to get spells. Younger players may just start with collecting ingredients that they like and then trying to figure out what potions to get—but not every combination of two ingredients turns into a potion. More experienced players will learn to look ahead at the spells in the market, and then work their way backward. What potions do you need to craft a spell, and what ingredients do you need for those potions?

It’s also important to keep an eye on what your opponents are collecting. If you can tell that somebody has a head start on crafting the Disrupt spell (which requires Poison and Incense), maybe you should just go after different potions instead. You can also try to build up a lot of ingredients early so you have more flexibility in deciding what potions and spells to craft, but don’t wait too long, or else the game will be over and you’ll just be sitting with a lot of unused cards. Your character card can be a great way to pick up several ingredient cards at once, but you need a bit of luck for your favorite ingredient to show up in the market row.

The spells themselves can be pretty disruptive, messing up your opponents’ ingredients or limiting their actions. There are also spells that can assist you in getting more ingredients or protecting you from other spells. For me, it’s the spell effects that make the game more than just a resource-swapping race, because the spell effects have value even aside from their scoring value.

One other tricky decision you’ll face is which spells to go after. A spell made with two potions is worth 15 points—but that takes 5 turns to craft: 2 turns getting ingredients, 2 turns turning those ingredients into potions, and then one to craft the spell. A 5-point spell only requires a single potion, which will take 3 turns to craft. But some of those 5-point spells may help you get ingredients for the bigger spells… if you have enough time before the game ends. Craft now or wait until later? That question can result in some delightful tension.

Depending on your gaming group, Animalchemists can get a bit cutthroat. Since the potions are single-use, it’s possible to run out the supply of a type of potion and make it very difficult for somebody to craft a spell. There can also be a lot of hate-drafting: if you know what ingredients or potions somebody else wants, you can make it pretty difficult for them by snatching up those ingredients before they have a chance. So far I haven’t seen the game stalemate where the potions are split up among players in such a way that it’s impossible for anyone to craft anything, but it’s theoretically possible. (There are exactly enough potions to craft every spell in the deck.) Likewise, since the Time Stop spell requires one of each ingredient, it’s also possible that somebody could hoard one type of ingredient and prevent anyone else from casting it… but that also seems pretty unlikely.

Overall, Animalchemists is a quick-playing game; it’s mostly about collecting and trading resources for other resources, but the spells add some nice twists and a bit of “take that” to the game. The simplicity of the rules and scoring make it easy to dive into the game. If you prefer games with some more strategic depth, it may not have enough to satisfy you, so I’d recommend it primarily for those who enjoy lightweight strategy and shorter game lengths. And cute animals.

For more information or to make a pledge, visit the Animalchemists Kickstarter page! 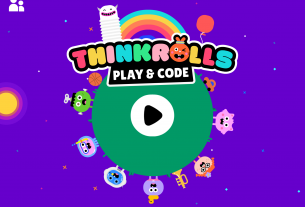 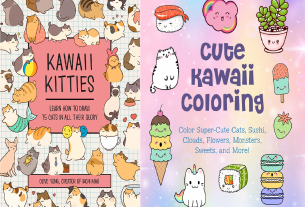 Give Your Budding Artist the Gift of Kawaii Cuteness 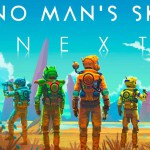