It’s been just over a week since San Diego Comic Con weekend, the most exciting and oversaturated three days of entertainment announcements of the year. This year’s convention was certainly no different, with scores of trailers previewing new movies, new shows, and new seasons of existing shows. While Marvel was on hand with a truly epic panel announcing its next phase of films and shows, there was an unfortunate lack of publicly released trailers. But there were certainly plenty of other trailers released, and in case you missed them, we’ve collected some of the best for new movies and new shows debuting later this year into 2020.

Top Gun: Maverick – This trailer premiere was a happy surprise. Top Gun came out in 1986, so this sequel is long overdue. While the trailer has some tired referential treatments, there is no doubt that this will be one of the most thrilling, fun, and nostalgic trips of 2020.

It: Chapter Two – The final trailer for It: Chapter Two is another terrifying look at what may well become the most successful horror sequel of all time. The It remake was incredibly well made, and part two looks equally thoughtful in its casting and abject terror.

Jay and Silent Bob Reboot – Warning: This trailer is NOT kid appropriate. Kevin Smith films ebb and flow between cult fun and eye-rolling, so take this trailer, for the return of the stoner antiheroes of Clerks, with a grain of salt. It looks like a fun time, so Smith fans are sure to give it the chance it deserves.

Star Trek: Picard – Outside of Marvel’s usual (and deserved) show-stealing panel, Star Trek was the winner of San Diego Comic-Con. CBS is killing it with new Star Trek content, including the fantastic Discovery series, but Picard is the big news here. Sir Patrick Stewart’s return as Trek’s greatest Captain (I will debate this with anyone) is a welcome one, and the first trailer for the new series is everything fans could ask for and more.

The Witcher – Andrzej Sapkowski’s Witcher book series became a popular video game series and now Netflix is turning it into one of the numerous new fantasy shows to fill the void left open by the end of Game of Thrones this past spring. The first trailer is great, and Henry Cavill steals the show—which looks pretty damn epic!

His Dark Materials – HBO is looking to continue its fantasy series domination with a new, more family-friendly epic based on Philip Pullman’s groundbreaking series of books. In 2007, New Line Cinema released a film adaptation of Pullman’s first book in the series, The Golden Compass. The move was fantastic, but box-office was too weak for the studio to move ahead and produce the entire series as intended. So, here we are 12 years later, and HBO is finally giving fans what they’ve been waiting for.

Snowpiercer – Bong Joon-ho wrote and directed Snowpiercer in 2013, creating one of the best, most original dystopian action films of all time. It’s exciting to see TBS turning this rich, contained world into a new series starring Jennifer Connelly and Daveed Diggs. Here’s hoping it’s actually as good as this trailer makes it look.

The Dark Crystal: Age of Resistance – Every trailer that has come out for the new Netflix Dark Crystal series has been better than the last. Puppets are the greatest!

Behind the Scenes on a Sci-Fi Movie – ‘Prospect’ – Part Five 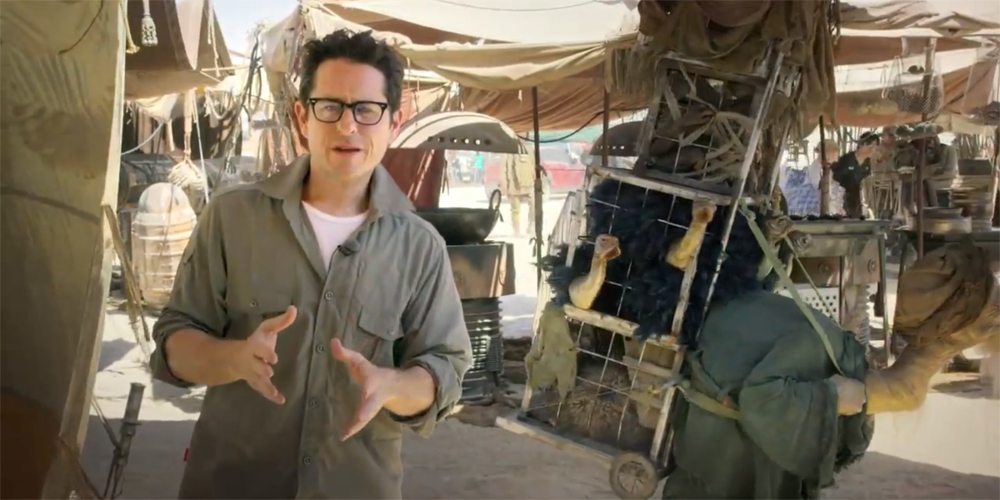 Star Wars: Force for Change Wants to Raise Money for UNICEF, Put You in Episode VII