Ray: Collapser is the first new series from the Young Animal line’s second wave, launching alongside a revival of Doom Patrol. Co-written by Mikey Way and Shaun Simon, it’s an odd duck of a book – equal parts “unlikely superhero” story in the vein of legacy heroes like Sam Alexander, Jaime Reyes, Robbie Reyes, and Khalid Ben Hassin; and deep, dark exploration of millennial angst and depression.

That leaves us with a first issue that sets up an intriguing status quo and a main character I’m not sure I want to spend more time with. The story opens with an alien warrior lying dead on a battlefield as someone extracts a mysterious inky-black substance from her chest. At the same time, we meet Liam James, a 20-something New Yorker who gets a package of unknown origin from a shady deliveryman who tells him his mother (who he barely knew) is dead and wanted him to have this. That the box is leaking something inky black doesn’t seem to bother him.

We spend a lot of time inside Liam’s head in this issue, and it’s clear he’s not entirely well. He’s consumed by paranoid delusions of being robbed and murdered, and his “inner voice” spends a lot of time sabotaging him. He works as a caregiver at a nursing home and the book doesn’t shy away from showing the ugly side of caregiving – Liam gets peed on and has to change dressings on rotting sores, in full view of the reader.

He has a hobby as a DJ and his girlfriend and best friend are supporting him as he gets his big break – but then a power outage ruins his chance and sends him spiraling, sabotaging not just his chance but his relationships. Then things get surreal as he gets sucked into a black hole, winds up with it in his chest, and is hunted by the same bounty hunters who killed his mother. Artist Ilias Kyriazis does a great job, with a style reminiscent of Riley Rossmo, but there’s a lot going on in this issue and I struggled to vibe with the bleak tone. I’m just not sure I want to follow Liam on this journey yet. 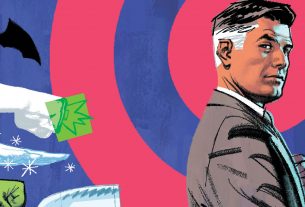 Review – Raven: Daughter of Darkness #11: It All Falls Apart 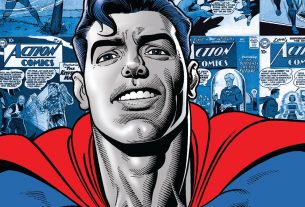