Ray: One of several DC books to conclude their runs this week, this side title has been mostly notable for being the final adventure of the classic Super-Sons now that Jon has been aged up to his late teens and Damian has become a psycho. The idea of sending the boys off on a wacky Silver Age-inspired space adventure had a lot of promise – which is why it was disappointing that this series was never half as fun as it should have been. For every great side adventure like teaming up with a Jonah Hex Robot on a cowboy planet, there was an overly long divergence like the boys being imprisoned on Takron-Galtos. The whole time, they’ve been alternately pursued by and pursuing a band of villains led by Rex Luthor, a shape-shifting alien obsessed with the villains of Earth and creating his own Legion of Doom. Now, the two young heroes and their few remaining allies have to get past one last stand before they return to Earth.

As the issue opens, Rex has trapped Jon and Damian inside a null space within Hypertime. That’s where they meet the real power behind the scenes – a mysterious cosmic being known only as Cube. This childlike God-in-the-Machine tried to create his own universe, but wound up being manipulated by some of his creators who become the Junior Legion of Doom. He’s not exactly sure how to be human, so Jon and Damian give him a little crash course before being sent back to fight back and turn the tide. Ultimately, Cube was an interesting idea but didn’t have nearly the time to develop and Rex Luthor remained a one-note villain until the end. The story tries to tie everything up before sending Jon and Damian back – just in time for Alfred to let them know summer’s over and it’s time to head back to school. This is certainly preferable to some of the stuff the boys have been up to lately, but I think this series missed its mark as a fun all-ages book. 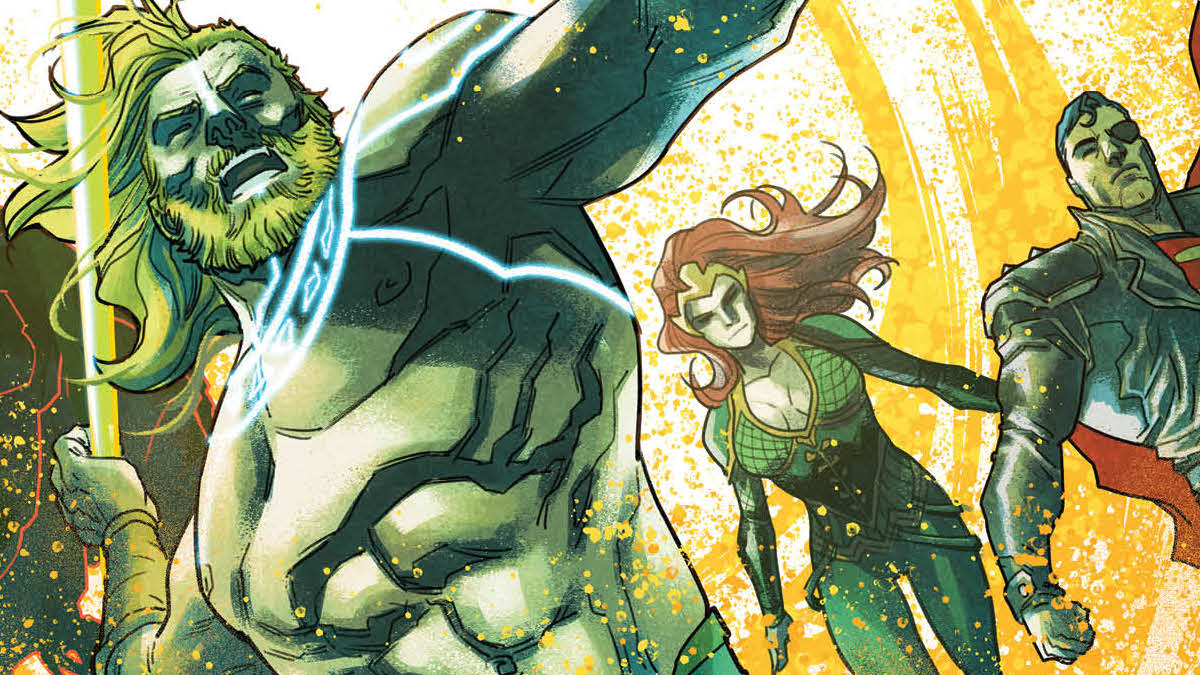