Soviet female fighter pilots, World War II, and silent death from above… Even if you are just a history buff and not a comic book fan, you have a lot of reasons to check out The Night Witches graphic novel from Dead Reckoning.

Before I dive into the details of The Night Witches graphic novel, I want to explain a bit about the publisher behind the graphic novel. Dead Reckoning is not your standard comic and graphic novel publisher. Maybe you haven’t heard of Dead Reckoning before, but I bet you have heard of the Naval Institute Press. Ok, maybe a few of you have, but you have certainly heard of The Hunt for Red October by Tom Clancy and Flight of the Intruder by Stephen Coontz. The Hunt for Red October was the first fictional book published by the Naval Institute Press and both of these books happen to be two of my favorite novels of all time. I had no idea when I contacted Dead Reckoning that they were associated with these amazing novels.

When the Naval Institute Press decided to branch out and try and reach a different audience with a different style of storytelling, they needed a name for their new publishing arm. Dead Reckoning was chosen because it is the name of a navigational process where you calculate your current position by using a previously determined position. I think that is rather appropriate for a group that is looking to chart a new course. Their press release also explains a bit about their origins and where they are hoping to go from here:

The U.S. Naval Institute, of which the Naval Institute Press is the book-publishing arm, has always had a mission to “provide an independent forum for those who dare to read, think, speak, and write to advance the professional, literary, and scientific understanding of sea power and other issues critical to global security.” With graphic novels, the Naval Institute can push forward its mission and achieve its objectives of enhancing the understanding of the contributions of the services and keeping alive the lessons of military history for current and future generations. This highly accessible format lets the Naval Institute Press reach a whole new audience for its mission.

What is The Night Witches?

If you haven’t heard of the Night Witches, Russian women fighter pilots in World War II, then don’t feel bad because neither had I and many others I’m sure:

Inspiration for the graphic novel The Night Witches came from A Time to Kill, which is a collection of essays about the soldiers’ experiences during war. But in addition to that body of work, it was also the “sweeping generalizations” about women and war and just how incorrect or ill informed they were that also ended up being a catalyst. In John Keegan’s A History of Warfare he claims:

“Warfare is . . . the one human activity from which women, with the most insignificant exceptions, have always and everywhere stood apart,” and that women “never, in any military sense, fight men.”

Either John Keegan had never heard about the Night Witches or he simply chose to ignore them. That is where bringing the story of The Night Witches to the general public in the form of a graphic novel can help shine a light on these women and their contributions to our past wars and, more importantly, the world that came into being at the end of that “Great Patriotic War.”

I don’t want to give too much away about the plot and content of The Night Witches, but I do want to give you a taste of what to expect when you do sit down to enjoy this graphic novel.

Now that you have had a taste of what to expect, I want to set the stage a bit concerning how much of the story is fiction and how much is actually history. Again, without spoiling to much I will just say it is a mix of both for this particular graphic novel. There is an afterword at the end of The Night Witches in which the author explains the inspiration for the graphic novel and also goes into detail about what was fictionalized and what was not. So I will let you decide whether you want to know before or after reading The Night Witches.

I thoroughly enjoyed The Night Witches graphic novel. It was engaging, story-driven, and incredibly drawn. This is also a graphic novel that can get rather graphic at times. It certainly doesn’t pull any punches and paints war for what it is—a brutal nasty monster of a thing. But at the same time, the creators of The Night Witches also paint an accurate picture of the other side of war, the human side.

After reading The Night Witches I had a few questions for Dead Reckoning, the publishing company behind the graphic novel. I knew our readers would have similar questions to mine, so I asked, and Dead Reckoning (specifically Gary Thompson the Director of Dead Reckoning) graciously offered to answer my questions.

Moving from mostly manuals and professional publications into fiction and now graphic novels is a pretty big shift, both in material and in the culture into which you are publishing. How has that transition been for your team? What has been the biggest challenge?

It has been a challenge both for our team and for the creators we have been working with, actually. Even though those two groups have different concerns, I think the root is the same in that the challenges are born from dealing with expectations.

In house, our staff and designers and editors were all tasked with learning lots of new information. How are these demographics different? What does the reader need and expect? What don’t we know about practical aspects, such as distribution? All pretty basic questions, but absolutely essential to get right. That’s what we tackled in the years I was creating the imprint before the books were out. We still deal with some of them, but at this point, it’s more a matter of fine-tuning. Solidifying a few workflow issues that are wildly different in comics than they are for other trade publishing books and making sure everyone is more familiar with some of the idiosyncrasies of dialog and formatting that are common to comics.

For creators, the problem comes from us not having a huge backlog yet to set a precedent that they can easily look at and get a feeling for what we want. Even though our focus is fairly niche, there’s still a lot of room for interpretation in it. That’s led some to wonder if we want basically a textbook with pictures (we don’t) or something that’s a good primer for school children (which is OK, but not the main goal), and other such ideas. But the more we have published, the more we are able to point to examples of books we have done and how they fit the expectation and deviate from it.

One of the many things I enjoyed about The Night Witches was the material at the end of the book that explained what parts of the story were fiction and what parts were based on history. Do you plan to publish more historical/biographical type graphic novels in the future, or do you leave it up to creation teams to decide what stories they want to tell?

The stories being told are still largely going to be up to the creative teams, but the more supplemental information we can provide the better. We have heard so much good feedback about Garth’s afterword in The Night Witches that we will certainly be looking for as many places to include information like that in our books from now on. Initially, I wanted something like that to be in all of our books, but I quickly realized that wasn’t always appropriate. But whenever we can and whenever it makes sense to include some demystifying and historical information, we will be looking at the best ways to incorporate that.

What was the biggest surprise about telling these kinds of stories in this medium in terms of reader response?

So far, I haven’t been surprised by much—more relieved. And the times when I have been most relieved is when I read a review or chat with someone at a convention who just gets it. They know what the creators were going for in a particular book, or they love things about the whole line, or something in that vein.

Of course, every book is not for everybody, and that’s completely fine. But those encounters, where the reader clicked with the book, are amazing. I hope to never get in a position where I think that’s just another day at the office. People invest their lives in these books, so even a little recognition that it worked for someone is fantastic.

Is there a particular topic or genre that you would really like to cover in the future at Dead Reckoning?

For more straight history, I’d like more unconventional conflicts and operations. Everyone knows the big stuff, and there’s still a place for it, but I’m not going to do 19 books on D-Day. And this is something I’ve said before and I’ll keep mentioning until someone takes me up on it—I want military science fiction! Proper execution would be key, but it is a rich subgenre, and I would love to find the right proposal.

I want to thank Gary Thompson from Dead Reckoning for taking the time to answer my questions. The Night Witches is currently available from Amazon for just under $17 and also directly from the Naval Institute Press website.

Disclaimer: Dead Reckoning provided me with a copy of The Night Witches for the purpose of this review but had no input (other than the interview answers) to this article. 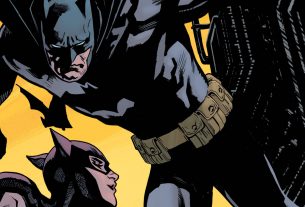 2 thoughts on “Dead Reckoning and ‘The Night Witches’ Graphic Novel”