I recently attended Origins Game Fair in Columbus, Ohio, where I talked with game publisher KOSMOS about some of their upcoming releases. KOSMOS has three exciting titles that are scheduled to be available at Gen Con in August. Since I only observed the games, this won’t be an in-depth review, but instead, I will provide a quick overview of each game.

Imhotep: The Duel introduces a new standalone game in the Imhotep line. As its title indicates, this is a 2-player game for ages 10+ that plays in approximately 30 minutes. Like it’s predecessor, players will be attempting to build ancient Egyptian structures in order to gain the most victory points. Imhotep: The Duel introduces a shared 3-by-3 board where six ships, each containing three pieces of cargo, are moored. On a player’s turn, they can either place a meeple onto the board, unload cargo from a ship, or play an action token if they have any. Player’s will place their meeples into one of the nine squares on the board. Once any row has at least two meeples of any color, a player can choose to unload the boat at the end of that row. Each player who has a meeple in that row will get that many cargo tiles. Their meeples are then returned to them and the new cargo tiles are placed on the boat. Players will place the cargo they obtain onto their individual board where they are trying to construct the best obelisk, tomb, pyramid, and temple. The game continues until all but one ship has been depleted of cargo. Players then add up their points and the most victory points wins. Imhotep: The Duel looks like another solid game in the world of Imhotep. If you played Imhotep, this game will feel familiar while introducing new mechanics and gameplay. It will retail at $19.95. For additional information, check out the product page on KOSMOS’s website.

Roll for Adventure is a dice chucking, cooperative fantasy game for 2-4 players, ages 10+ that plays in approximately 30 minutes. Players take on the role of heroes, trying to unlock power stones in order to defeat the armies of evil. On a player’s turn, they roll their available dice and then choose one die to place on either a territory, an enemy card, or in the Vortex of Resurrection. That same player continues rolling their dice, placing one at a time, until their dice pool is depleted. Then the next player will go. Working together, players can unlock the power stones that are necessary for victory. However, beware the Master of Shadows and his evil army. At the end of each player’s turn, an enemy card will be revealed, triggering an attack. These attacks can cause damage to territories or remove dice from the board, banishing them into the Vortex of Oblivion where they can only be retrieved when the heroes place dice on the Vortex of Resurrection. If the Master of Shadows and his minions successfully destroy one territory, or all players have no dice to roll (because they have been stranded on the board or sent to the Vortex of Oblivion), then the armies of evil are victorious. However, if the heroes can obtain the power stones necessary to destroy the Master of Shadows, then they will walk away triumphant. Roll for Adventure looks like a fun family game that includes board variability and options to scale the difficulty, allowing for lots of replayability. It will retail at $34.95. For additional information, check out the product page on KOSMOS’s website.

Tribes is a fast-paced civilization game in which players develop their individual tribe from the Stone Age to the Bronze Age. The game is for 2-4 players, ages 10+ and plays in approximately 45 minutes. At the beginning of the game, each player begins with only three land tiles and a single tribe member meeple. On their turns, players will select an action from the action track. Actions include creating more tribe members, gaining more land tiles to grow their territory, moving meeples from one tile to another in order to gain resources, and completing achievements. One unique mechanic to Tribes is the action track. Choosing the first action is free, but if you want to take an action further along the track, then you will need to pay for it. Either way, once an action is selected, it then moves to the end of the track, making it more expensive for the next player. As players complete achievements, they unlock event tiles that are added to the action track. Once a predetermined number of event tiles have been triggered, the game ends. The player who gained the most victory points is then the winner. I like that Tribes has the feel of a civilization game, but plays in a shorter period of time typical to this genre. It will retail at $49.95. For additional information, check out the product page on KOSMOS’s website.

I recommend checking out these games if you get a chance. In the meantime, you can read about these other games, published by KOSMOS, that GeekDad has reviewed, including Exit: The Game series, Imhotep, or it’s expansion that came out last year, Imhotep: A New Dynasty. 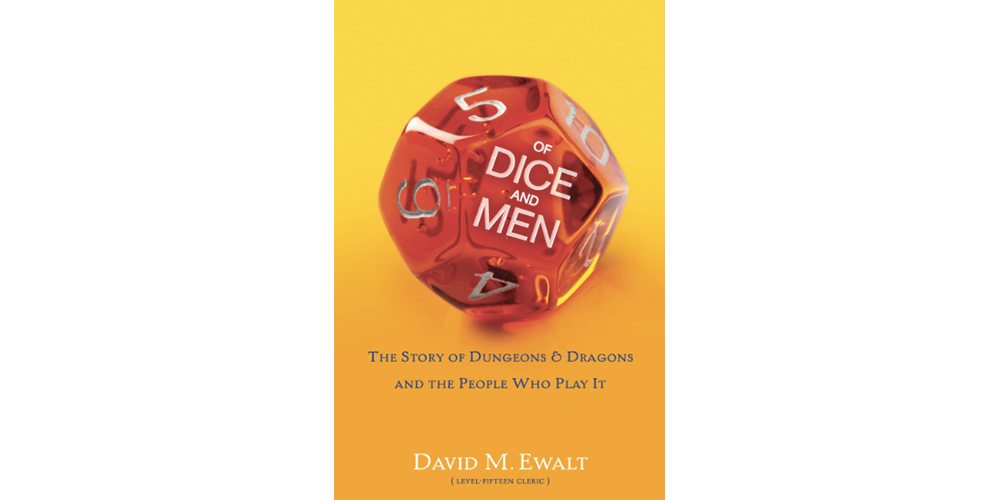 Of Dice and Men — The Story of Dungeons & Dragons (Now In Paperback!)