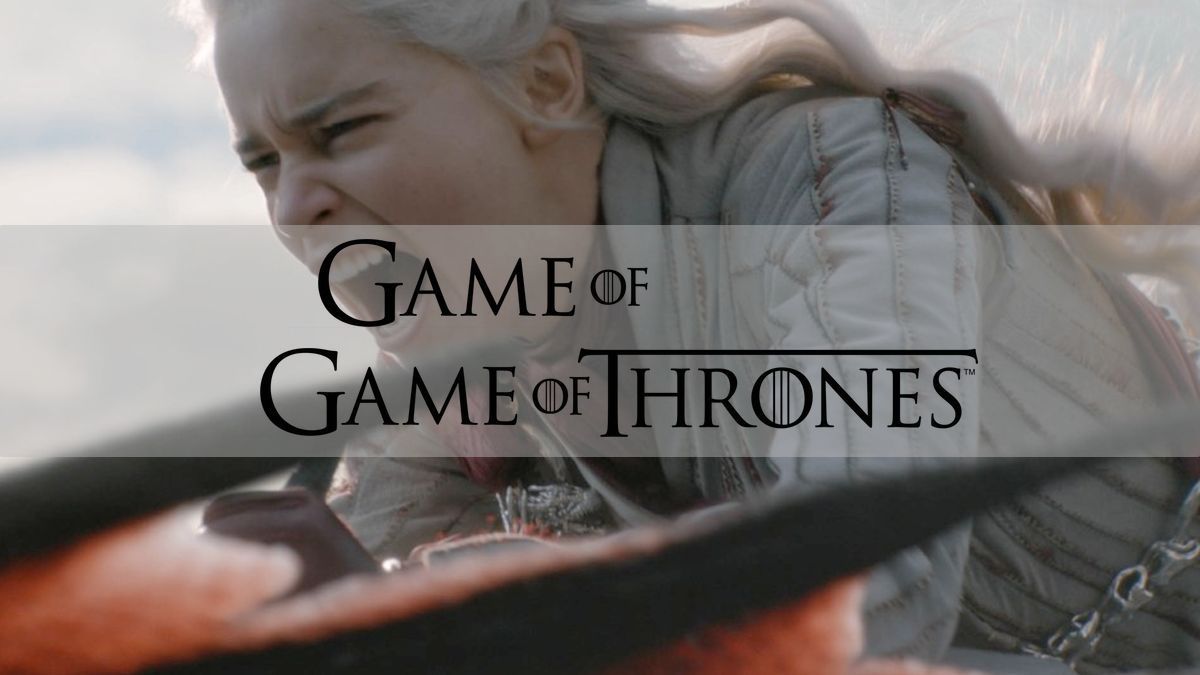 This week, as we approach the end of Fantasizr‘s Final Game of Game of Thrones Fantasy League, we saw a big upset and a surprise comeback shake up the league standings. Right now the final outcome is too close to call, and the championship is still anyone’s to take if this Game of Thrones continues to be played to win.

Before we get into the full outcome of the fourth game of season eight of this Game of Game of Thrones Fantasy League, please know that if you have not yet seen “The Last of the Starks,” read no further. There are definitely spoilers lurking in the paragraphs beyond. 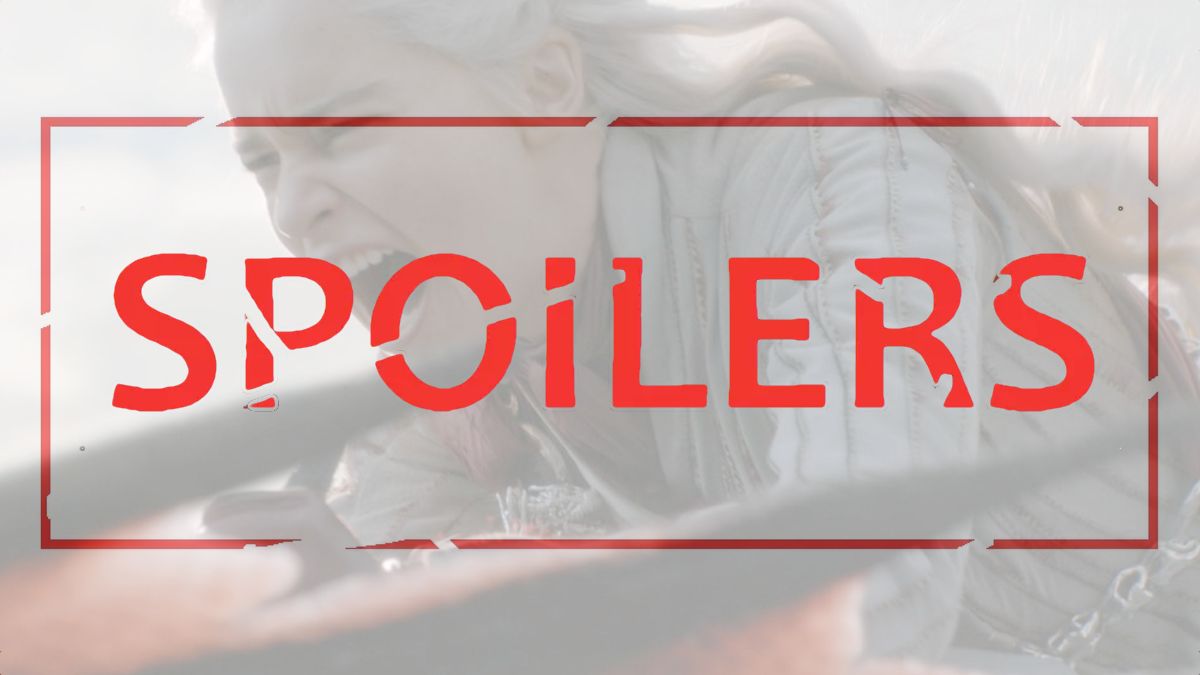 After spending the last two weeks at the bottom of the heap, the Nightshade Ninjas roared back to life this week, pulling down an impressive 315 points. Leading the pack with the largest single-week score to date was Euron Greyjoy, who nabbed 200 points—175 for bringing down the dragon Rhaegal and another 25 for soundly trouncing Daenerys’s navy. Speaking of Daenerys, she scored 75 points, including 20 points for dragon-riding, 15 points for winning the allegiance of Dorne, and another 40 points for a variety of witty comebacks and enjoying some wine (or perhaps that was herbal tea) at the celebration dinner. Sam and Gilly each brought down 15 points for alerting us that Gilly is with child, and Davos ran in 10 points for a little social drinking in the banquet hall.

In second place, No Ygrittes continues to perform impressively with a decent score of 210, even with two players (Theon Greyjoy and Jorah Mormont) out for the season. This week Tyrion came off the bench in a big way, netting 70 points, including 15 for forging an alliance with Bronn, 15 points for various witty remarks throughout the game, 10 points for consuming copious quantities of wine, and 10 points for his attempt to appeal to Cersei’s motherly instinct. Tyrion was also named this week’s MVP for bravely confronting his sister at the business end of the Golden Company’s archers, thereby earning him an additional 20 points. This week was Lannister Brother Week it seems, as Jaime scored an impressive 50 points—the standard 10 for drinking at the party, 20 for hooking up with Brienne, 15 points for a few snappy comebacks, 10 points for (of course) drinking, and another five points I’m not quite sure about. Ser Brienne of Tarth scored 40 points this week, mainly for scoring with Jaime Lannister (20 points), but also for playing a drinking game with the Lannister Brothers (10 points) and 10 points for knowing when to remove herself from said game. Missandei, who’s been largely ineffective the whole season, went out big with 25 points for a memorable death. Jon Snow continues his lackluster performance, scoring only 15 points—5 for a comment about vomiting and 10 for party drinking. Lastly, the Hound snuck in 10 points for drinking and eating.

The Night Kings (or shall we now call them the No Night Kings), finished the game nipping at No Ygrittes heels with 190 points. Bronn was the star player this week. He earned 55 points (in just one scene!) by showing up in Winterfell with a loaded crossbow to threaten the Brothers Lannister. He scored 15 points for agreeing to betray Cersei, 15 points for accepting Highgarden as payment, 10 points for punching Tyrion, 10 points for taking a drink of wine while he reloaded a crossbow (no mean feat, that) and 5 points for insulting the bros. Gendry stepped up this week, earning 25 points for earning the title of Lord of Storm’s end, 10 points for drinking at the party, and 5 points for his audacious request of Arya. Rheagal the dragon earned 25 points for a most memorable death, and The Mountain (they’re pretty much given up on the Robert Strong deception, haven’t they?) brought in 25 points for his beheading of Missandei. Tormund Giantsbane earned 20 points—perhaps his last of the season—10 for drinking (as you would expect) but also 5 for hooking up with Willa in the wake of Brienne’s snubbing and 5 points for his comments about the soiling of pants. Podrick Payne earned 15 points—10 for enjoying some nice Dornish and 5 for being popular with the ladies. Bran Stark earned a mere 10 points for shaming Jon into telling his family the truth about his lineage. Ghost, who we may never see onscreen after this week, once again scored no points.

And that brings us to the sad story of my Harrenhal Halberdiers, who limped into last place with a meager 95 points. Sansa Stark continues to be a steady points machine, earning 45 this week—15 for breaking the vow of secrecy she swore to Jon (almost immediately after she made it), 10 points for drinking at the party, 10 points for putting the Hound in his place, and another 10 for a cutting comment to Jaime about Cersei. Arya, after last week’s big outing needed a break, and she only scored 20 points, 10 of it for refusing Gendry’s hand in marriage, and 10 more for a few witty comments sprinkled throughout the show. Vays finally got his act in gear and pulled in 15 points, all of them for being his sarcastic, insightful self (which is the only reason he’s on this team in the first place). Cersei scored 10 points for her biting verbal takedown of Daenerys with, “So much for the ‘Breaker of Chains.'” And, lastly, Willa (of whom we know almost nothing) scored 5 points by making Tormund forget about Brienne if only for a little while. I think those may be the only points we’ll see out of Willa this season, but I’ll take them—I need all I can get now.

So, with only two games to go in the final season, the league standings are as follows:

Even though we had a little shakeup in the rankings this week—and many of the players have been removed from the game for the season—it’s still anyone’s league. If the rumors are to be believed, next week’s contest looks to be particularly deadly for some of our major players as the battle for King’s Landing shifts into high gear.

If you’re curious about how points-awarder Julia Alexander arrived at all these scores, be sure to read her always entertaining episode recap over at The Verge.

Scooby Snacks All Around for The Shake Ups