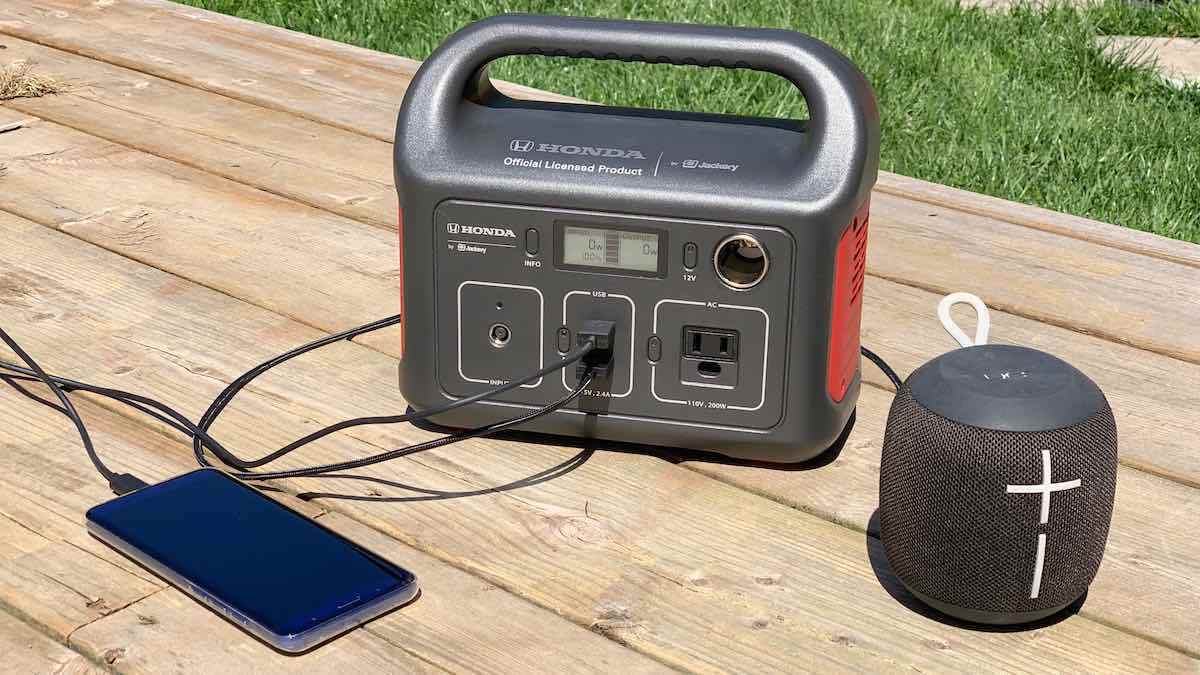 In addition to vehicles, Honda is a well-known name in power equipment including lawn mowers, snowblowers, and power generators. Does the company also make portable power stations? No… However, it does lend its name and logo to a line of Lithium-ion power stations from Jackery. I tested out the Honda 290, with 292Wh of power and a 110V AC outlet in a 6.6 pound, easily-carried form factor.

At the heart of the Honda 290 portable power station is a Lithium-ion battery pack with 292Wh, 81200 mAh capacity. As you might imagine, charging up a battery of that capacity takes some time.

Plugging into an electrical outlet with the included AC adapter, it took about seven hours for my review unit to fully charge. Jackery includes a 12v adapter for charging from a vehicle. And the company also sells optional solar cells if you want a greener option.

Once charged, that’s considerable battery capacity and there are multiple outputs for taking advantage of it. There are a pair of USB-Type A ports (5V 2.4A), a 12V outlet, and a 110V pure sine wave electrical outlet capable of 200W continuous power output. That makes the Honda 290 capable of charging virtually any portable gadget. But the 110V AC outlet means it can also be used to charge laptops and even run small electrically-powered devices like TVs, PCs, and mini fridges.

Putting the Power Station to the Test

With 81200 mAh of battery inside, the Honda 290 is capable of charging a lot of stuff. Jackery says that’s roughly 17 smartphone charges or 14 laptop charges.

I wanted to really push it, so for my testing, I used the power station to run a 27-inch iMac being used to edit video. From startup through shutdown, the Honda 290 ran the computer for two hours and 47 minutes. Not too bad! Power draw was typically around 75W, but when compiling video that would surge slightly, and that was enough to kickstart the Honda 290’s cooling fans.

The power station includes a small LCD display that will show the percentage of power remaining and current output levels. However, there is no warning when the battery is running low. It simply shuts down when the power level hits zero, so you’ll want to keep an eye on that display if you’re running a critical piece of equipment on it.

Unfortunately, water is this portable power station’s Kryptonite, and Jackery recommends you also avoid direct sunlight and vibration. All of these factors are common in outdoor scenarios, so that limits the Honda 290’s usefulness in situations like camping—where a portable power station is really handy to have.

In terms of lifespan, the battery is rated for 500 cycles at up to 80% capacity.

With an MSRP of $349.99, I think the Honda 290 provides good value as an emergency power source. It has considerable power on tap—enough to keep your smartphone running for weeks—plus a very useful AC outlet that lets it directly power electrical devices in a pinch, like a generator. It’s also light enough to easily carry. Just don’t buy it for camping or with the expectation you’ll be able to use it outdoors—unless it’s dry and sunny (but shaded).

If you’re looking for something a little smaller, USB-C support, or a solar panel to charge a power station, Jackery has a considerable collection of products available on Amazon, including Honda-branded options.

Disclosure: Jackery provided a Honda 290 power station for evaluation but had no input into this review.

Get Set for Summer With Zoggs DC Superhero Swimwear 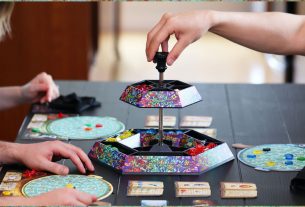