Starfinder takes place hundreds of years after the setting of Paizo’s Pathfinder fantasy roleplaying game. So while elves, dwarves, goblins, orcs, and magic are all still a part of the universe, technology and magic-fused technology are significant forces in the world. If you’re looking for a universe of swords, laser swords, blasters, spells, aliens, and fantasy monsters, then Starfinder is your jam!

The box says that Starfinder is a game for 2–7 players, age 13+, with a game time of 60 minutes. I’d happily have played this (as I did Pathfinder) with much younger kids—I started mine with Pathfinder at 7 and 9. The scenario provided in the Beginner Box is around 60 minutes, but roleplaying can inherently run much longer than that, with some games being indeterminately long. It’s up to you when you want to pause the game, and how many sessions you want to play.

The Starfinder Beginner Box includes an enormous amount of roleplaying goodness—rules, battle maps, pawns and bases, dice, pre-rolled characters, blank character sheets, rules cheat-sheets, everything you need and more is right in the box. No need to buy anything else, or download rules; it has everything you need to play the game—well, except a pencil, and maybe a wet or dry erase marker for the awesome two-sided battle map, it handles both.

Again, with the Starfinder Beginner Box, you have everything in hand to play the game except something to write with!

One of the biggest hurdles for new players hopping into a roleplaying game is the complexity of the rules. The full Starfinder Core Rulebook is over 500 pages. Other popular systems use multiple books instead of a single core book, with books around 300 pages. While the books for these full-blown systems are full of awesome gaming fun, they are an intimidating obstacle for someone with little experience or no one to teach them the game. That’s where the Starfinder Beginner Box comes in. It’s a great entry point for someone new to roleplaying or even someone with some roleplaying experience that wants to try Starfinder out prior to committing to purchasing and reading larger tomes.

I’ve read the entire Starfinder Core Rulebook and am well-versed in roleplaying games, but with the purpose of the Beginner Box in mind, I tried to come at this as if I was a newbie.

First I cracked open the Beginner Box Heroes’ Handbook. It starts right off with a bang– a solo adventure. You just hop right into the action, no need to roll up a character, you can just start playing to get a feel for how a roleplaying game works: dice roll mechanics, some basics like armor class and hit points. This solo adventure is really the first thing, even before the obligatory “What is a roleplaying game?” section you find in all roleplaying games.

As I started reading the adventure, I got a whiff of that feeling from when I was thirteen and first reading through Star Frontiers—the excitement of a whole galaxy of adventure before me. I’m always looking for that magical feeling playing and thinking about games like D&D, Star Frontiers, and the like brought me when I was a child in the ’80s, and I actually felt it, reading the first few paragraphs of the solo adventure in the Heroes’ Handbook, having put myself in the mindset of someone new to gaming.

The adventure was a quick little jaunt into the Starfinder universe, introducing me to some exploration, some environmental hazards, some combat, some loot, and pay for a mission well done! As a solo adventure, there wasn’t much strategy in the me-vs-me combats. The couple combat encounters were enough for this introduction, and when finished I was ready to take this excited and triumphant new adventurer on further quests—and that’s right where the book takes you next. After the “this is a roleplaying game” section, you get into building a character, which is presented in an easy-to-follow, step-by-step process. With each step clearly laid out, and page references leading you to the sections with more detailed information about each step—race, background, class, ability scores.

The Beginner Box Heroes’ Handbook comes in at 96 pages instead of the Core Rulebook’s 520 pages. This means there are fewer options for characters, but with six races, six themes, and six classes, as well as ability score, skill, and feat selection—attributes and abilities of your character—there’s still plenty of combinations to keep everyone entertained for countless early-level game sessions. Each class provides information for advancement through 4th level. If you want to take your adventurers further, then it’s time to hop into the Core Rulebook (around $40 on Amazon for print or just $9.99 for the PDF on Paizo)!

The Heroes’ Handbook also has 14 pages of science fantasy equipment, 18 pages on how to play the game (turn order, determining success on actions, etc), guidance on leveling up (increasing a character’s skill and ability), and setting background.

The first thing you’ll find in the Game Master’s Guide is the adventure, “Steel Talon’s Lair.” I did exactly what I would have done when I was thirteen, and what I think many people will do—dove right into the game without reading any more rules. My youngest son, fourteen years old, was the only one home besides me when I was doing this, so I had him pick two of the pre-generated characters and hop right into the game with me. I didn’t prep at all. The adventure is really written for just such a use case.

Like the solo adventure in the Heroes’ Handbook, each encounter introduces new things: combat, diplomacy, traps, spells, and the like, and includes side-bars explaining how they work. This scaffolded approach and the simplified rules means that even those new to roleplaying will be able to run this adventure with little difficulty. We got through it in about an hour—it would likely take a little longer with more players and less experience. After the entertaining game (my son wants more Starfinder action), we were left poised for another adventure into the bowels of Absalom Station with a plot hook already left in place by the pre-written adventure.

In addition to the adventure, the Game Master’s Guide has information on how to be a good game master, recommendations on building an adventure, designing encounters so that they are balanced (not too easy, not too deadly), rules on environments such as the vacuum of space or corrosive atmospheres, hazards, and traps. Information on the setting of Absalom Space Station, and the Pact Worlds solar system, and most importantly more than 40 monsters to pit against your characters. There are even rules for building your own adversaries to add to the bundle of beasts.

There’s plenty in the Game Master’s Guide to keep the game master engaged for many sessions.

How to Play Starfinder

Ok, you may be totally new to roleplaying games and may be wondering just how you play. If that’s you, then the Starfinder Beginner Box is a perfect introduction to roleplaying. But, here’s a brief run-down of gameplay.

To play, you need a game master (GM), and one or more players with four players being the iconic party size. The GM purchases a module (prewritten scenario) or outlines their own story they want to tell (homebrew)—a goal for the characters, some obstacles in the form of monsters, traps, or environmental hazards, some background and story.

Each player creates and plays a character utilizing the rules in the Heroes’ Handbook. The GM presents situations, playing the role of all monsters and people within the game that are not the players—and the players react to the situations presented by the GM.

The goal is to have fun while telling a story as a group. The GM provides the structure and has a vision, but the players really determine where the story goes—do they hunt down the fleeing pirate villain, or do they grab his loot, steal his ship and get out of there before they risk losing someone in a fight? It’s up to the players.

In combat, each monster or character takes a turn, getting one move and one action (this is a pared down version of what you can do in the full Starfinder game). Out of combat, in “exploration mode,” taking sequential turns may not be necessary.

Then there’s, of course, the roleplaying. Characters talking to other characters or characters talking to the NPCs run by the GM. Much of this does not require any die rolls, as the story develops from what is said, but some interactions, like trying to bluff your way past a guard, may require an opposed D20 die roll. If the guard rolls higher, they detect the bluff; if the player character rolls higher, the bluff was a success. A GM may give an extra bonus to the player character if the player roleplays an excellent bluff attempt.

That’s the mechanics of Starfinder in a nutshell. The solo adventure in the Heroes’ Handbook and the GM led adventure in the Game Master’s Guide both introduce you to these concepts in incremental steps, making it easier to take in and learn the entire ruleset.

Again, it took me maybe a half hour to run through the solo adventure in the Heroes’ Handbook, and maybe an hour with one player to finish the adventure in the GM’s guide, but your session length may vary greatly. Both of those adventures are just snapshots of potentially much longer stories, or campaigns, that can go on as long as the GM and the players all choose to keep getting together to play Starfinder!

As characters defeat monsters and overcome obstacles, they gain experience and advance in level. Each level brings new skills and abilities. The Starfinder Beginner Box has all the information you need to take your characters through the fourth level of experience. That’s quite a few hours of play before you either need to pick up the Core Rulebook, which takes characters to 20th level or start with another set of 1st level player characters.

Should You Buy the Starfinder Beginner Box?

The Starfinder Beginner Box is excellent for learning roleplaying, or getting a feel for Starfinder, even if you’re an experienced gamer. The rules are simple, clear, and use a scaffolded approach to introduce you to the mechanics of the game. Character creation is laid out in a logical step-by-step process, with easy-to-follow references to other parts of the book. If you’re at all interested in science fantasy, then the Starfinder Beginner Box is a great place to start.

Paizo’s beginner boxes also make excellent gifts. Again, it includes everything you need, providing the recipient the ability to hop right into the game, and even without experience, easy to get into roleplaying. I’ve given nieces and nephews, my school, and others the Pathfinder Beginner Box as an introduction to roleplaying, and the Starfinder Beginner Box is a great addition.

I even keep an unopened Beginner Box with my emergency/earthquake kit as it’s so many hours of potential fun in a pretty transportable box.

The Starfinder Beginner’s Box is available on Paizo.com for $39.99, and the time of this writing is available for a little less at $35.99 on Amazon. Paizo also offers a $9.99 PDF, which, as an ebook lover I’d usually say was an excellent option (which it is), but I can’t emphasize enough how much useful roleplaying materials are in this box, so highly recommend purchasing the physical Starfinder Beginner Box. 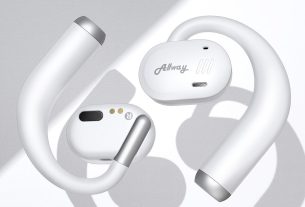 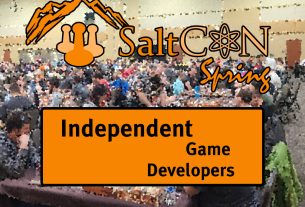 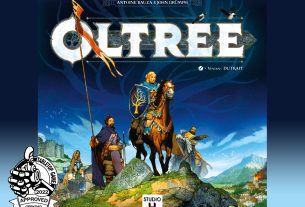 ‘Oltréé’: Rangers to the Rescue!