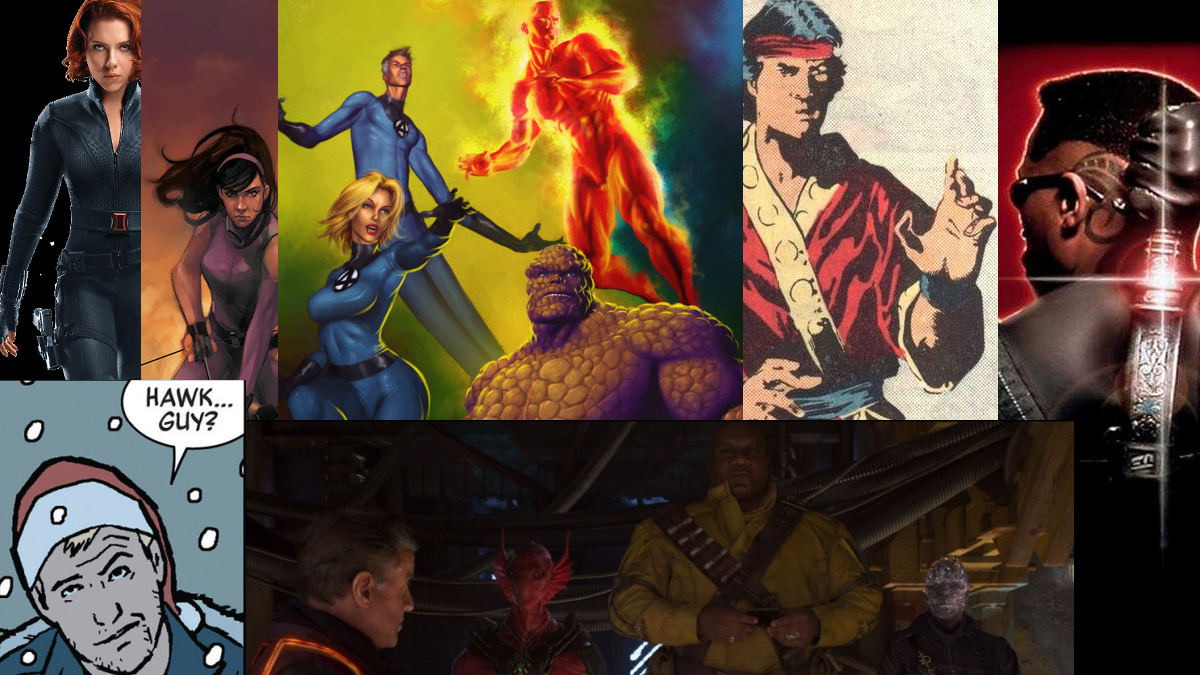 Avengers: Endgame has been in the theaters for over three weeks now, and the no-spoilers window is closing. Marvel has made no announcements about what their fourth phase might look like, but deduction, rumor, and speculation give us clues as to what may be coming. Let’s dive into what’s next for the Marvel Cinematic Universe.

Natasha Romanov’s fate in Avengers: Endgame has left little room for this to be anything other than an origin story. It would be great to go back to the early days of her relationship with Clint Barton, and make this a digitally de-aged buddy film with no romantic angle. With the number of times Clint and Natasha have mentioned Budapest,  it’s about time for fans to get the whole story.

It shouldn’t be a surprise that fan-favorite T’Challa will be making a comeback in phase four, along with Nakia, Okoye, Shuri, and M’Baku. And we have a clue as to who the film’s villain may be. Way back in Iron Man 2, there was a scene which showed both Wakanda and Atlantis on a background map, and fans immediately began to speculate about what was coming next in the MCU. Then, a conversation between Black Widow and Okoye in Avengers: Endgame about an underwater earthquake suddenly drew prospects of Namor: The Sub-Mariner to the foreground. Interestingly, as Namor has often been called “Marvel’s First Mutant,” he may somehow lead into the Marvel Cinematic Universe’s eventual incorporation of the X-Men.

After the first film, the next time we see Steven Strange is in Thor: Ragnarok, and his powers have quite obviously grown in the interim. They’ve set up Chiwetel Ejiofor’s Mordo to become the villain Baron Mordo, who will doubtless move forward with an agenda of eradicating sorcerers from the world. And as we saw in the big finale of Avengers: EndGame, there are plenty of sorcerers on Earth.

Guardians of the Galaxy Vol 3

From the Guardians of the Galaxy Vol 2‘s after-credits scene, it seems apparent that the Sovereign and Adam Warlock will be the primary antagonists of the third Guardians film. But MCU films seldom do just one thing. With Hobo Thor now along for the ride, additional story arcs are open for exploration. And Thor didn’t receive a proper conclusion to his character’s story arc in Avengers: EndGame like many other original Avengers did. It’s possible that he’ll get one here.

I’m not personally familiar with The Eternals, but Wikipedia tells me that as humanity was evolving, a group of Celestials (yup, that’s what Star-Lord’s father is) experimented on our nascent race, creating two offshoot races: the powerful and long-lived Eternals and the aberrant Deviants. As it turns out, Thanos is an Eternal. We don’t yet know when this movie happens in relation to the other MCU movies, but it’s an opportunity for Thanos to show up, even if it’s in a flashback. It looks like the film’s leads are going to be Angelina Jolie and Richard Madden, who played Robb Stark in A Game of Thrones.

Shang-Chi is pretty much an unknown, much the same as Black Panther had been in 2017. When they do make this film, I fully expect it to be first and foremost a martial arts film in the same way that Captain America: Winter Soldier was primarily an espionage film.

Ant-Man, the Wasp, and Stature? Cassie Lang is five years older now, and I absolutely expect her to take part in the action. In Ant-Man and the Wasp, she made it very clear that she wanted to be her dad’s partner, seeming jealous of Hope Van Dyne. This movie will likely need to address time travel and the insane powers of the quantum realm, as they opened up a massive can of worms in Avengers: Endgame.

At some point, it’s inevitable that Captain Marvel will get a sequel. And the real question is what could be powerful enough to even challenge her now? Galactus? Kang the Conqueror? Given the fact that this sequel will take place before Avengers: Endgame, a huge threat seems unlikely. I’d prefer the plot to be similar to that of Superman 1978, where it doesn’t come down to who’s stronger. Carol can’t be everywhere at once, and can’t know everything. There are plenty of problems you can’t punch.

Even though we have yet to see the second, it’s inevitable that we’ll get a third Spider-Man movie. And given the number of times he’s been on the screen, we’re running out of villains. Who’s left? My sense is that they’re building towards a Sinister Six appearance. The Vulture met up with the Scorpion in prison at the end of Spider-Man: Homecoming, and we’ve already seen the Shocker. Mysterio could easily join them, and then all they need to do is add Tombstone and Kraven the Hunter or some other duo. Then your third film is Spider-Man vs The Sinister Six.

Although it’s a near-certain thing that we’ll see Hobo Thor again in the third Guardians movie, Chris Hemsworth has expressed interest in doing another Thor sequel, and I wouldn’t bet against it happening. But this is so far out in the future that it’s difficult to even speculate.

An unexpected candidate, but discussions are underway suggesting not only that we may see another Blade movie, but also that it may star Wesley Snipes. How interesting would it be to see him beside Ant-Man?

We’ve already seen Sylvester Stallone as Starhawk, Michelle Yeoh as Aleta Ogord, and Ving Rhames as Charlie-27. It’s inevitable that they’re going somewhere with these characters, so why not their own film?

Marvel is planning a big push with the launch of Disney Plus later this year, and the plan I suspect they’ll soon announce is an ambitious one. Never before have an interconnected series of movies brought the same characters as played by the same actors to a group of related television programs. That’s right—the Marvel Cinematic Universe is soon to be the Marvel Streaming Television Universe. This is why Netflix lost Daredevil, Jessica Jones, Luke Cage, Iron Fist, and The Defenders.

While the anti-monopolist in me hates the fact that Disney now owns everything, I’m nonetheless excited to see a number of their new programs. And while we don’t yet have a lot of detail about these new shows, here’s what we do know.

The god of mischief used the Space Stone to vanish from the custody of Thor and Tony Stark during Avengers: Endgame, and that’s the last we’ve seen of him. Subsequently, they’re planning a new Disney Plus show starring Tom Hiddleston’s Loki. Of the four shows they’re planning, I’ve got high expectation for two, and I expect two to do poorly. While I do think Loki is the best of the Marvel Cinematic Universe villains, I can’t imagine a show based solely on him where he’s not acting as a foil to a protagonist. Let’s just say I’ve got a bad feeling about this.

The Falcon and The Winter Soldier

It looks like Sam Wilson is inheriting the mantle of Captain America, and that he’ll be teaming up with the White Wolf, or whatever they’ll call Bucky. I don’t know where they’re going with this, but it has potential. A friend of mine expects that the new Captain America will have winged Iron Man armor to go along with the shield and go by the name of The Patriot. Personally, I hope they just call Sam Captain America.

I have concerns. Firstly, they’ll need to resurrect Vision like they did with Phil Coulson in Agents of SHIELD. That split continuity never sat well with me. Secondly, they’re calling the show WandaVision. WandaVision? Seriously? I can only hope the name is less finalized than it’s seemed.

This is the show I have the highest of hopes for. I’ve heard great things about Matt Fraction’s Hawkguy run of comics, and I’ve heard that it will focus on Clint Barton training a Kate Bishop-like character who may end up being the daughter he was training in the first scene of Avengers: EndGame. If they take bits of the story that worked so well on the page, and maybe incorporate pizza dog, they could have something really special.

What are your thoughts and hopes for the future of the Marvel Cinematic Universe? 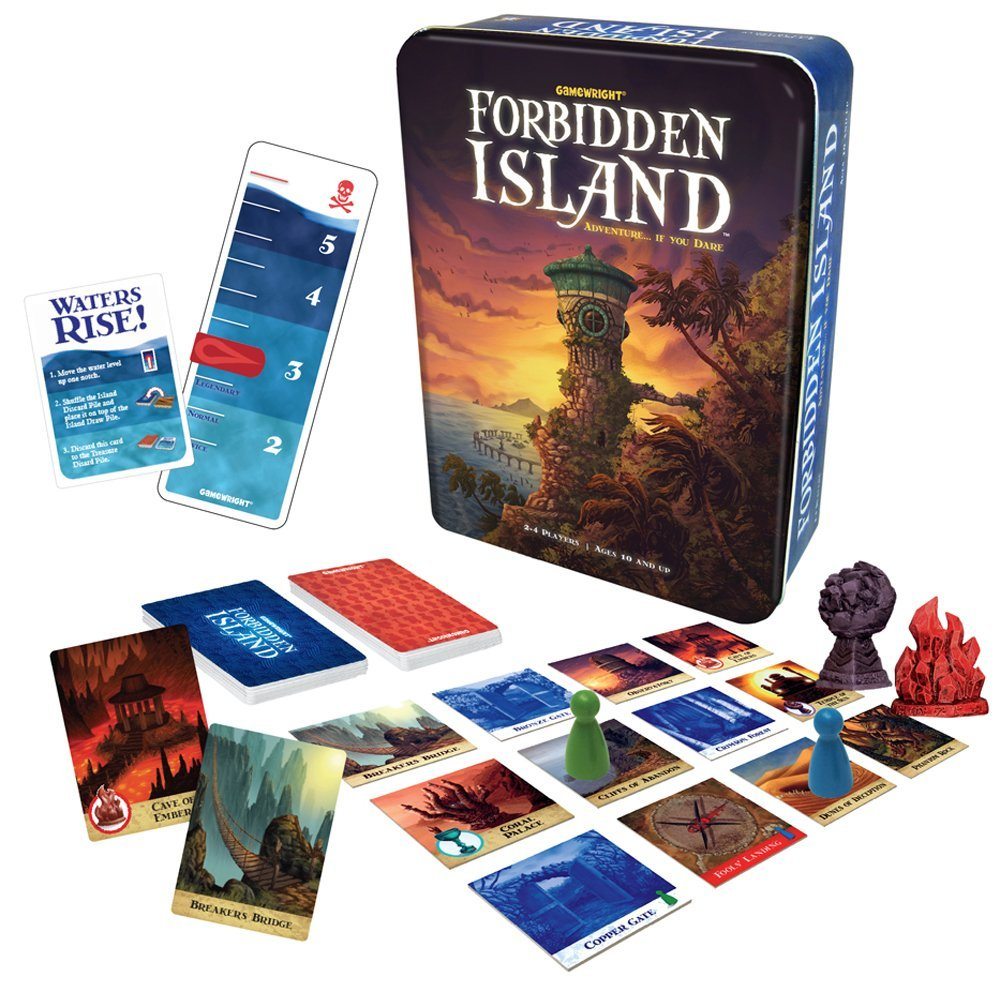 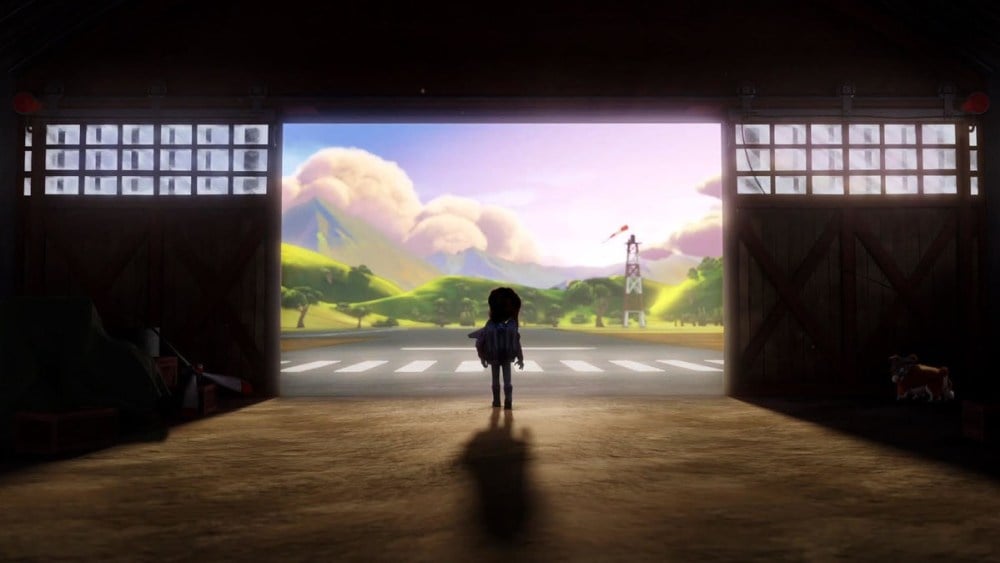 ‘The Rocketeer’ Returns: A Q&A with Billy Campbell

2 thoughts on “After ‘EndGame’: What’s Next for the Marvel Cinematic Universe?”