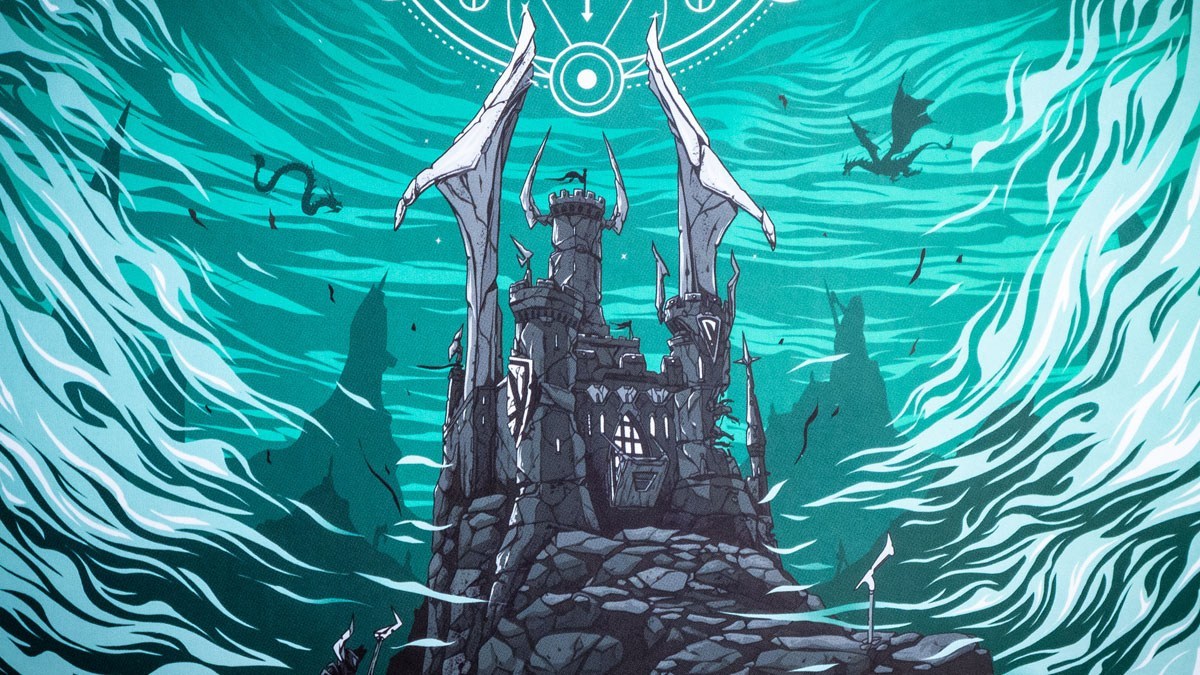 You are an elite spellcaster, harnessing the power of elements to craft powerful creations and spells. Use all your resources at your disposal to defeat your opponents and claim the Godsforge!

Godsforge, from Atlas Games and designer Brendan Stern, is a competitive dueling mage-style card game for 2-4 players, ages 14 and up. While there are a lot of dueling card games out there, what really grabbed my attention is that Godsforge features simultaneous play, dice rolling for resources, support for up to 4 players, and games take about 20-40 minutes.

Opening the box, you will find:

Godsforge comes in a rather large box for the number of components included. Slots are provided in the plastic insert for dice, cards, and player tokens, but everything fits nicely in a large central compartment if, like me, you prefer to bag components. I didn’t sleeve the cards, so I don’t know if the designated slot will hold all when sleeved, but there is a bit of extra room.

Component quality is good. The cards are a bit thin, but the printing looks great and the art is crisp. There is no practical reason to do it, but these cards would look amazing with metallic spot colors. The dice and scoring tokens are solid, having a bit of a swirly candy pattern that looks delicious. The Veilstones are the standard jewels you’ve probably seen in a lot of other games; these have a fun gilded gold finish similar to Terraforming Mars’ gold cubes. Overall, card and cover art by Diego L. Rodriguez is quite striking and intriguing, using black and white illustrations with an accent color or two. The board is dark gray with gold metallic ink for graphics and text. As long as you have good lighting, it’s not difficult to see. I checked the tokens and dice colors under protanomaly and deuteranomaly conditions and all were distinctive. Players with altered color perception shouldn’t have issues playing Godsforge.

How to Play Godsforge

The goal of the game is to defeat your opponents by reducing their life totals to zero or by outlasting them. The last player standing wins.

Godsforge is played in rounds of four phases. As noted earlier, play is simultaneous; everyone takes their turn at the same time.

1. Upkeep Phase
At the start of a round, any upkeep effect (indicated by a circular arrow) from cards in play trigger. You may also draw cards up to your hand limit of four, and you may exchange up to two cards if you’d like.

2. Forge Roll Phase
The majority of play in Godsforge happens in the Forge Roll phase. Each player will roll their dice, using the values to pay for, or “craft”, one card into play. A player may reroll a die twice, that is, reroll the same die twice, or reroll two different dice once. Then the dice are locked.

Godsforge has two types of cards: Creation cards represent creatures and artifacts that stay in play until an effect removes them. Spell cards resolve their effect and are immediately discarded. I liked that cars types were easy to recognize: Spell cards having geometric patterns and Creation cards with distinct illustrations.

Each card’s cost is shown on the upper left side. Usually, it is two or three values, but it also could be a sequential or an even/odd set of numbers.

The rulebook goes into thematic detail about numbers representing specific elements (earth, air, fire, water, etc.), but in practical game terms, you are rolling to match the values on the cards you want to craft. We didn’t use or remember the elements while playing. During one game, a card referred to “Godstone” and we had to refer back to the rulebook to see what that meant (Four of a kind).

Though you are rolling dice to get resources, rolls are not completely dependent on luck. as dice rolls can be modified. Etherium and Veilstones are the primary way to adjust die rolls.

A 1 represents Etherium; basically, it is wild and can be any value you want from 2 to 6. You may spend a 6 to gain one Veilstone. Once you do this, though, that 6 cannot be used for crafting a card.

A Veilstone may be used to modify single value up or down on one die. For example, I roll a 5. I may spend a Veilstone to change it to a 4 or a 6. I cannot change a 2 to a 1 (wild), though, or a value above 6. Some cards need Veilstones to be crafted, and some others use them for buffing attacks or defense. Once you got the numbers you want or the dice are locked, you may craft one card from your hand. You may also choose to not craft a card and take 4 Veilstones instead. If you cannot craft a card for whatever reason, this is your only option. This rarely happened in our games.

3. Reveal Phase
When all players have chosen a card, or elected not to, everyone turns over their cards at the same time. Some cards have one-time reveal effects, indicated by an eye icon, which trigger here.

4. Attack Phase
Combat is quite simple, using icons on the bottom of the card. A red circle indicates the attack value; a blue shield is the defense value. Any text in the adjacent pink-bordered box is triggered, often adding choices to buff an attack or defense. Add up all the attack values and announce them to your opponent. All attacks are simultaneous. Only players are targeted; Creation cards don’t take any damage from attacks, and can only be removed by card effects.

In a 3-4 player game, you attack the player on your left and defend from the right. There is a little more complexity here compared to a 2-player game, as you have to be mindful of what your neighbors are doing as you play cards.

Once all players determined their damage, subtracting any defense values they may have, they move their scoring tokens down the life-track accordingly. If a player reaches zero, they are out of the game. In a 3-4 player game, after one player is eliminated, each remaining player will be taking extra damage in subsequent rounds so the game will come to a swift ending – likely in a round or two.

Rounds continue until one person wins by being the last person alive to claim the Godsforge!

Why You Should Play Godsforge

Godsforge is simpler than my first impressions led me to believe, and that’s not a bad thing. In fact, my spouse commented that it would be a great gateway game. I agree. It is easy to pick up and teach. Also, It’s super deadly. If you let up or take it easy for a round, you may find yourself barely clinging to life afterward. Godsforge is fast and furious; you’ll want to play it again and again when it hits the table.

I’d like to have seen more cards in the Fate Deck, especially since a few cards are repeated. But there is a good variety already in the box and I never felt there were bad options in my hand. I wasn’t getting a strong thematic vibe off the elements or how they related to the Creations or Spells I was crafting, other than more powerful cards needed die results that were harder to achieve. Games didn’t seem to last long enough to make combos larger than three or four cards as you might in other mage-dueling games. However, Godsforge is not about intricate plans and setting up synergistic combos that take five rounds to develop. This is a race to stay alive, and if you try to get too fancy, you may find yourself out of the game pretty quick.

I recommend Godsforge to anyone looking for an interesting dice rolling and dueling card play in a fast, easy-to-learn game. Godsforge will be arriving at retailers in May. 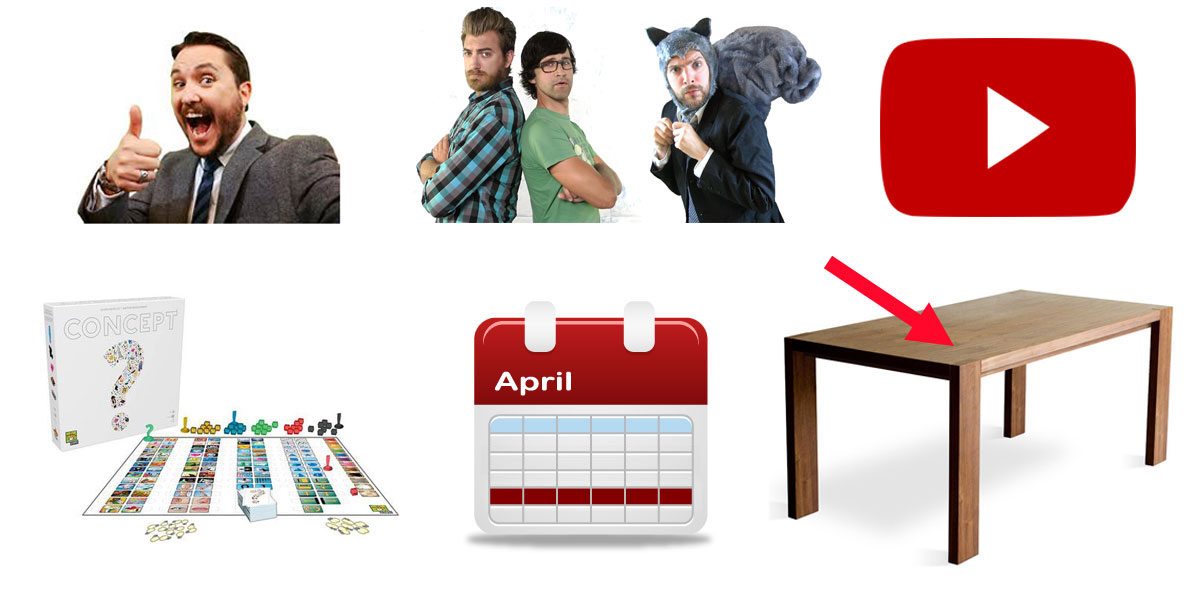 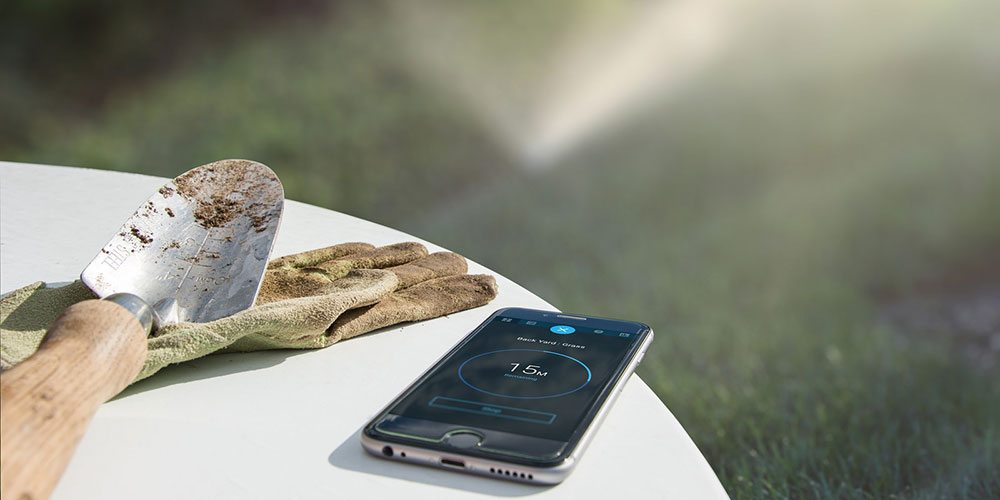 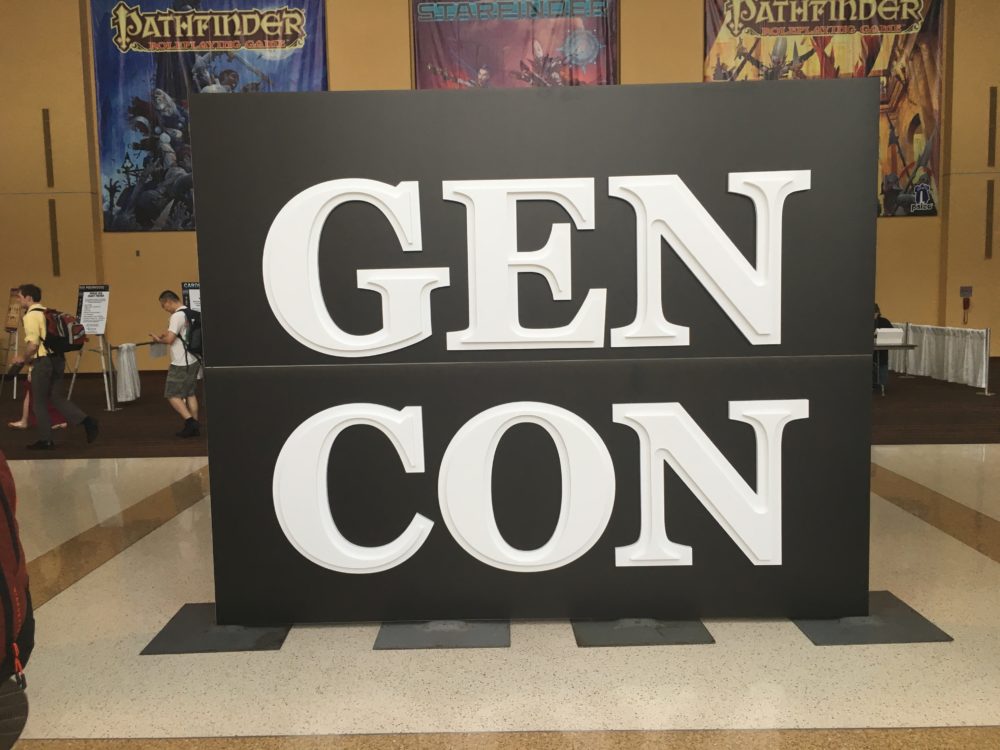