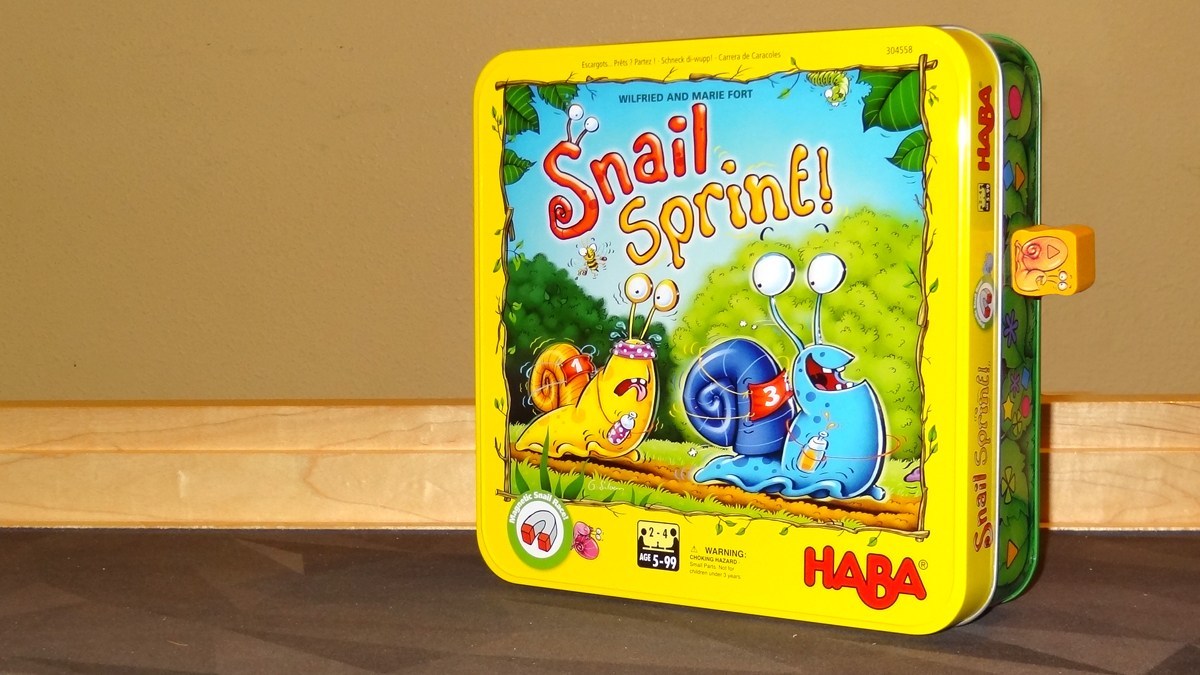 The snails are loose in Mrs. Meyer’s garden! Can you crawl past the competition for the win?

What Is Snail Sprint!?

Snail Sprint! is a racing game for 2 to 4 players, ages 5 and up, and takes about 15 minutes to play. It retails for $28.99 and is available at local game stores and online retailers. It’s designed to be easy to learn for young kids, but introduces a small amount of choice to get kids thinking about strategy; that said, it can also be silly fun for adults who enjoy lighter games.

Snail Sprint! comes in a metal tin, which is cleverly incorporated into the game. Here’s what’s in the tin:

The board is made of three pieces that fit together like a jigsaw puzzle, with a large notch cut out at the top where the base of the metal tin stands upright. The board is also double-sided, with a beginner side and a “pro” side. It shows a series of stepping stones, each with a number of colored shapes on it.

The tin itself has a series of leaves printed along the outside edge, also with colored shapes on them. These leaves and shapes are also printed on the inside of the box, so (depending on where you’re sitting) you can still see what the path looks like. The base of the box has a colorful background with leaves, berries, and flowers—there’s no gameplay use for it, but it provides a nice backdrop. When assembled, it forms a path that starts on the board, goes up and over the edges of the tin, and then back down to the board, where it ends at the winner’s podium.

The snails are chunky wooden meeples with snails printed on the side. Each snail also has a shape on its shell as well—it’s nice that each color has a corresponding shape, so that whether you’re looking at the dice, the snails, or the spaces on the board, you can easily spot what you’re looking for. Before play, you’ll need to stick the magnetic tape to the bottom of each snail. A spare sheet of magnetic tape is also provided.

The dice are wooden with the colored shapes printed on them. My only complaint here is that the yellow star can be a bit hard to see against the white background, depending on lighting conditions.

How to Play Snail Sprint!

You can download a copy of the rulebook here. (Note that the rulebook includes 6 languages, so you’ll need to scroll to your desired section. I particularly like the Dutch name: Slakkenrace.)

The goal of the game is to score the most points by getting your snails to the winners’ podium.

Set up the game board, with the metal tin standing upright in the notch (choose a random orientation). Place the winners’ podium inside the tin along the bottom edge. Place all 6 snails on the start space. Shuffle the race cards and give each player one at random—each race card shows the three snails that you will score points for.

The twist is that snails on the path not only cover up the colored shapes they’re standing on, but they also count as spaces themselves. So, for example, if you’re moving the blue snail to the nearest orange shape and the orange snail is on the path, then the blue snail will stack on top of the orange snail (and now this stack counts as a blue space instead). Snails that are under other snails cannot be moved. Snails do not stack when they are climbing up or down the sides of the tin.

If you can’t move any of the colors that you rolled, then you move the free snail that’s farthest behind one space forward.

If a snail reaches the winners’ podium, you place it onto the corresponding space of the podium (first, second, and third).

The game ends when three snails have reached the podium. Everyone reveals their race cards, and you score points based on which of your snails made it to the podium: 3 points for 1st place, 2 points for 2nd place, and 1 point for 3rd place. The highest score wins. (There are no tie-breaker rules.)

Why You Should Play Snail Sprint!

Snail Sprint! is one of those racing games where everyone has specific racers they’re secretly rooting for, but may end up moving racers that don’t belong to them. In this case, the snails you may move are restricted by the dice rolls, but quite often you’ll have the choice between two snails to move. The trick is: how do you get your favorites across the finish line first?

Well, at least some of that depends on luck. If your favorite colors just aren’t getting rolled by any of the players, then your snail doesn’t really stand much of a chance. But if you keep moving the same snail every time you can, other players will figure out that it’s one of yours, and they may avoid moving it when given the chance. Depending on the age and experience of the players, you may be able to figure out everyone’s race card easily, or you may not be sure until the very end. In Snail Sprint!, it’s not necessarily a bad idea to just move one of your three snails every time it’s possible, because the variation in dice rolls may ensure that you’re moving other snails, too.

Where a little more strategy comes in is when you have the chance to stack up snails, which can happen while you’re still on the game board or across the top of the tin. Stacking up snails traps the snails on the bottom—which can then force some choices if those colors are rolled. The “pro” side of the game board has a lot more spaces with multiple colors, both at the beginning and end of the track. That can result in some big pile-ups.

It’s also not uncommon for a snail to be able to shoot far ahead with a lucky roll. There are a few spaces along the track with multiple colors, which means just about any roll will cause the lead snail to pause there. But then once that snail is there, other snails can skip past it. I’ve seen a game where one snail was far behind all the others for the entire race—and then managed to catch up and get 3rd place at the last minute.

My 6-year-old daughter has really been enjoying it, and it’s a game that I’ve actually been excited to play with her. It’s amusing and entertaining, and I appreciate that even though it’s a roll-and-move, there’s often a choice to be made between two snails on each turn. That’s not enough for deep strategy, but enough to keep it from being a mindless slog, and there’s always a possibility of surprising reversals.

Because of the way scoring is done, it’s quite possible to have tied scores: for instance, if two players have overlap on two of the snails that make it to the podium, or if one player got 1st place and the other got 2nd and 3rd. I happen to prefer tie-breaker rules, but it’s a short enough game that you can just play it again. (The “pro” side of the board does make the game last a little bit longer.)

Overall, I’m pretty pleased with Snail Sprint! I think it’s a nice weight for beginner gamers: easy enough that little kids can pick up the rules, but with just a bit of choice so that it’s not a purely luck-driven activity. (And I have played with my older daughters and adult friends, too, as a light game to kick off a game night.) I did find that the setup with the standing tin does mean that it can be a little harder for everyone to see if you’re sitting around the game at a table, so it may be best suited for playing on the floor or on a low coffee table, where players can get up and see over things.

If you like racing games and you’re a sucker for magnets, then slide into your local game store and look for Snail Sprint! 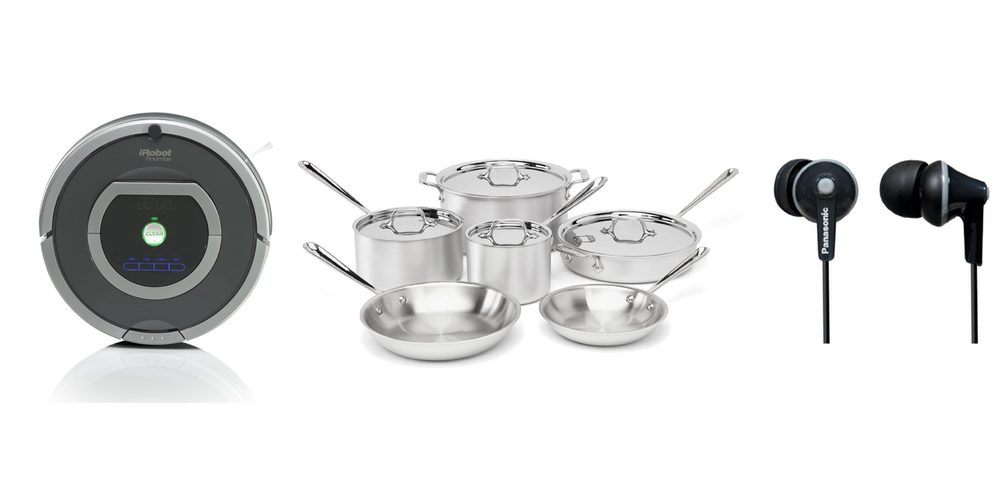 iRobot, All-Clad, and a Plethora of Panasonic – It’s a Daily Deal Deluge! 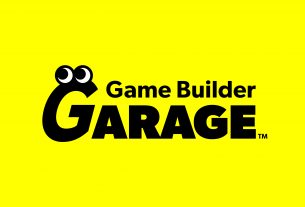 1 thought on “Creep and Crawl to the Finish Line in ‘Snail Sprint!’”