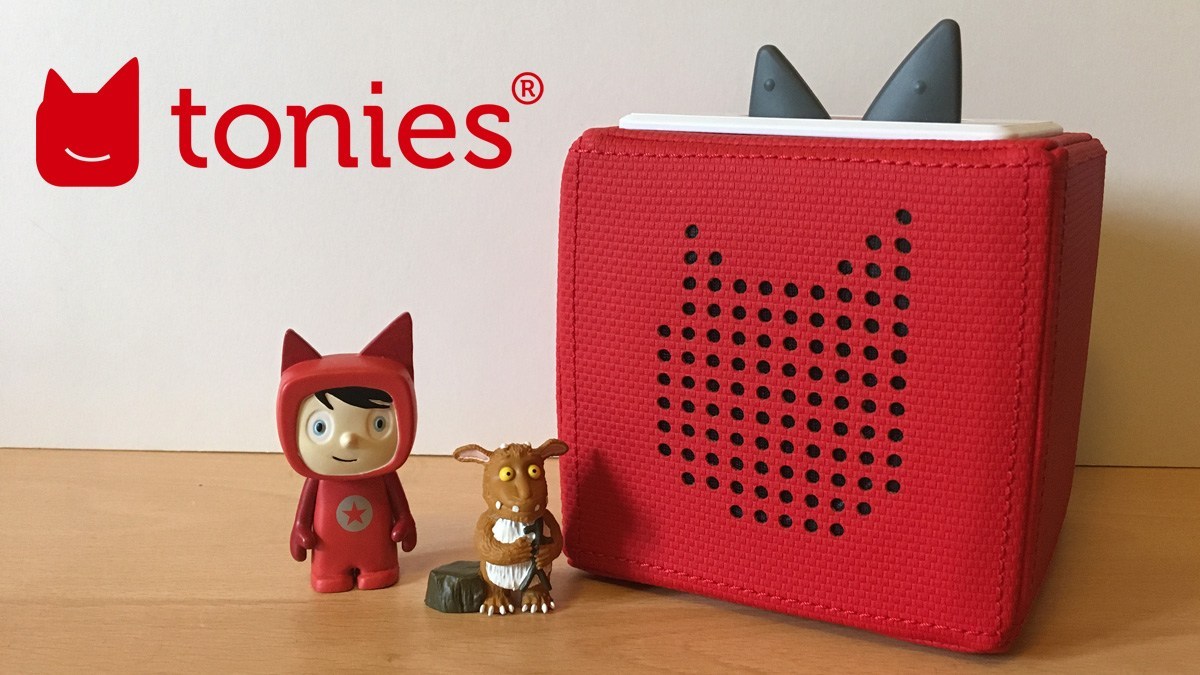 Toniebox is a child-friendly audio system that allows kids to listen to music and stories using their own portable speaker called a Toniebox which is operated using colorful figures called Tonies. A headphone jack also allows the Toniebox to be used at quieter times.

What’s in a Toniebox Starter Set?

A starter set will set you back around £80 depending on which color you pick, and you can choose between purple, light blue, green, grey, red, and hot pink. The Creative Tonie you receive will be dressed in a onesie of a matching color.

How Does Toniebox Work?

Toniebox combines a wireless speaker with the same kind of technology you’ve probably come across before through Skylanders, Disney Infinity, or another similar toys-to-life gaming system. Placing the various figures (Tonies) on top of the Toniebox will play the audio associated with it—they are lightly magnetized so you can pick the Toniebox up without dislodging the figure. For store-bought Tonies, this will be the appropriate audio book or music, and for Creative Tonies, it’s whatever you’ve loaded on using the My Toniebox section of the official website or the app.

The Toniebox will need to be connected to your wifi during the initial setup and any time you add a new Tonie to your system or update the content on a Creative Tonie so the audio can download, but does not require wifi at any other time so it can be taken out and about.

There are no traditional buttons on a Toniebox. Instead, the two “ears” on its top function as volume controls. They also work as an on-switch, or you can simply place a Tonie on the box and it will start playing. There is no off-switch at all, you just have to leave the box alone for ten minutes, which is not the most environmentally friendly choice. As for fast forwarding, rewinding, or skipping between tracks, those all rely on an accelerometer inside the Toniebox. Tilting the box to the left or right fast forwards and rewinds, while tapping the box on its left or right skips between tracks, although don’t hit it too hard or you’ll send your Tonie figure flying. Ask me how I know…

How Do I Use Creative Tonies?

A Creative Tonie can hold up to 90 minutes of content split across up to 99 separate chapters or tracks. This sounds great until you realize the only way to skip forward or back between them is to hit the side of the Toniebox, so if your kid has loaded 50 songs onto their box and wants to listen to number 37, you’re soon gonna be developing a headache—especially as you’ll have to rely on accurate counting to get to the right spot because there’s no digital display.

That 90-minute limit will also quickly become too short as your kid gets older and begins listening to longer books. For reference, the first Harry Potter book clocks in at nearly nine hours and Matilda at just under four and a half hours. That means buying many more Tonies or regularly having to sit at your computer swapping out the content.

You can add, remove, and reorder content on a Creative Tonie using the My.Tonies website, which has a simple drag and drop interface, or via the app. These methods are interchangeable, however, the website interface allows for much more flexibility because the app only allows for voice recording. On the plus side, this means that a parent who is away can record a voice message remotely using the app, which their child can then listen to at home via their Tonie.

What Other Tonies Are Available?

There are a large number of Tonies currently available across several ranges. In Germany, where the system was first released, over 130 different Tonies are available. The number available in the English-speaking world is currently smaller but growing.

The Favorite Tales series includes a number of classic fairy tales including Pinocchio, Rapunzel, and Little Red Riding Hood. The How & Why series currently includes books on horses/the Mongols and dinosaurs/prehistoric animals, and a Julia Donaldson range includes many of her popular books including The Gruffalo, Room on the Broom, and Stick Man. Each one will cost you around £15 from the Tonies website.

A dozen different Creative Tonies are also available in a range of styles including unicorn and mermaid, footballer and fireman, Father Christmas, and a grandma and grandad. A Creative Tonie costs around £12 each.

Should You Buy a Toniebox?

Let’s start with the positives, shall we? First of all, the Toniebox system is beautiful. The Toniebox itself is gorgeous and wouldn’t look out of place in even the most modern and stylish of homes thanks to its range of colors. The sound quality is good, even when tested by loading rock music onto a Creative Tonie. The Tonies figures are also gorgeous. Each one is hand painted and sculpted well enough that they will look great as ornaments, the weight of the electrical components inside gives them a pleasant heft without them becoming overly heavy.

Setup of the Toniebox was about as simple as I’ve ever experienced. I was required to create an account on the Toniebox website in order to register my Toniebox, but I was able to progress with setup without confirming the account, meaning that if my registration email had been delayed I would have still been able to finish setting up the device in one sitting, which is great and reduces potential frustration. We had our system completely set up in well under ten minutes, straight from the box.

Adding content to our Creative Tonie was also very easy thanks to a drag and drop interface on the My Toniebox website. Once you have uploaded your content, a quick and simple refresh of the box was all that was required to have the content begin to work. We did find that after adding content, we couldn’t skip between tracks, however, that problem seemed to resolve after a short time so it may just have been a simple glitch. Charging is also very easy with the Toniebox just requiring to be placed on top of its base.

However, with all that being said, I do have a lot of issues with the Toniebox system as a whole.

My biggest issue is the same problem I’ve had with all toys-to-life style video games, and that’s the need to purchase a seemingly never-ending list of additional accessories in order to unlock more content. Now, of course, there’s a strong argument that you would be spending money to purchase audiobooks anyway, but when you compare the cost of an audiobook to the cost of a Tonie, the difference is significant and it will add up fast when trying to build up a library.

At the time of writing, a Tonie of the Julia Donaldson books Stick Man, Zog, or The Gruffalo costs £14.99 each, while their respective audiobooks via Audible cost £4.99 or £4.19 each—a third of the cost. Many libraries also offer a range of children’s audiobooks that can be accessed via mobile devices for free.

My other issue is that the Toniebox system locks me into using its products. Tonies only work with Tonieboxes and vice versa, unlike the flexibility of a digital (or even a physical—although these are less readily available nowadays) audiobook which I can use on a wide range of devices. For those with multiple children who don’t share a room, multiple Tonies would also be required should more than one child wish to listen to the same book at night—and we all know that’s exactly what would happen—unlike with an audiobook download which you could share across multiple devices as I currently do with my son. And if any part of the system breaks (the Toniebox fails or a Tonie is lost/broken), that’s it unless you’re prepared to spend more to replace it, unlike with an audiobook stored in the cloud.

One of the big selling points about Tonies is their child-friendly design, and yes, I would certainly feel much happier handing over a Toniebox to a curious small person than my iPhone. However, one flaw I see in the Tonies system is how toy-like they are. If a Tonie is removed from the top of the Toniebox, the book will stop playing. This means you are expecting a small child to sit and listen to the entire book without ever touching the toy character—a big ask for little fingers. The Tonies figures are surprisingly small too which makes them unsuitable for children under the age of four, thus effectively excluding a large portion of the product’s pre-school audience.

Considering that a second-hand old model iPhone can be picked up for a little as £15 these days should you want to play audiobooks in your young child’s room, even after adding a decent Bluetooth speaker you’ll still pay out less than you will for a Toniebox with no additional books. Add to this the wealth of free kids audiobooks available online, and the argument for a cheap phone over a system like this grows ever stronger.

While the Toniebox system is indeed pretty, I can’t help feeling that this is a case of style over substance, and I know I will be sticking with my trusty Audible account for my family’s audiobooks. If you’ve got the cash to spare then this will be a pleasing addition to your home, but for those of us keeping one wary eye on our bank balances at all times, the Toniebox system is simply too cost prohibitive when there are far cheaper ways to achieve the same thing without investing in this.

GeekMom received a loaned Toniebox and Tonies for review purposes.

Click through to read all of “Toniebox: A Child-Friendly Audio System That Comes at a Cost” at GeekMom.If you value content from GeekMom, please support us via Patreon or use this link to shop at Amazon. Thanks! 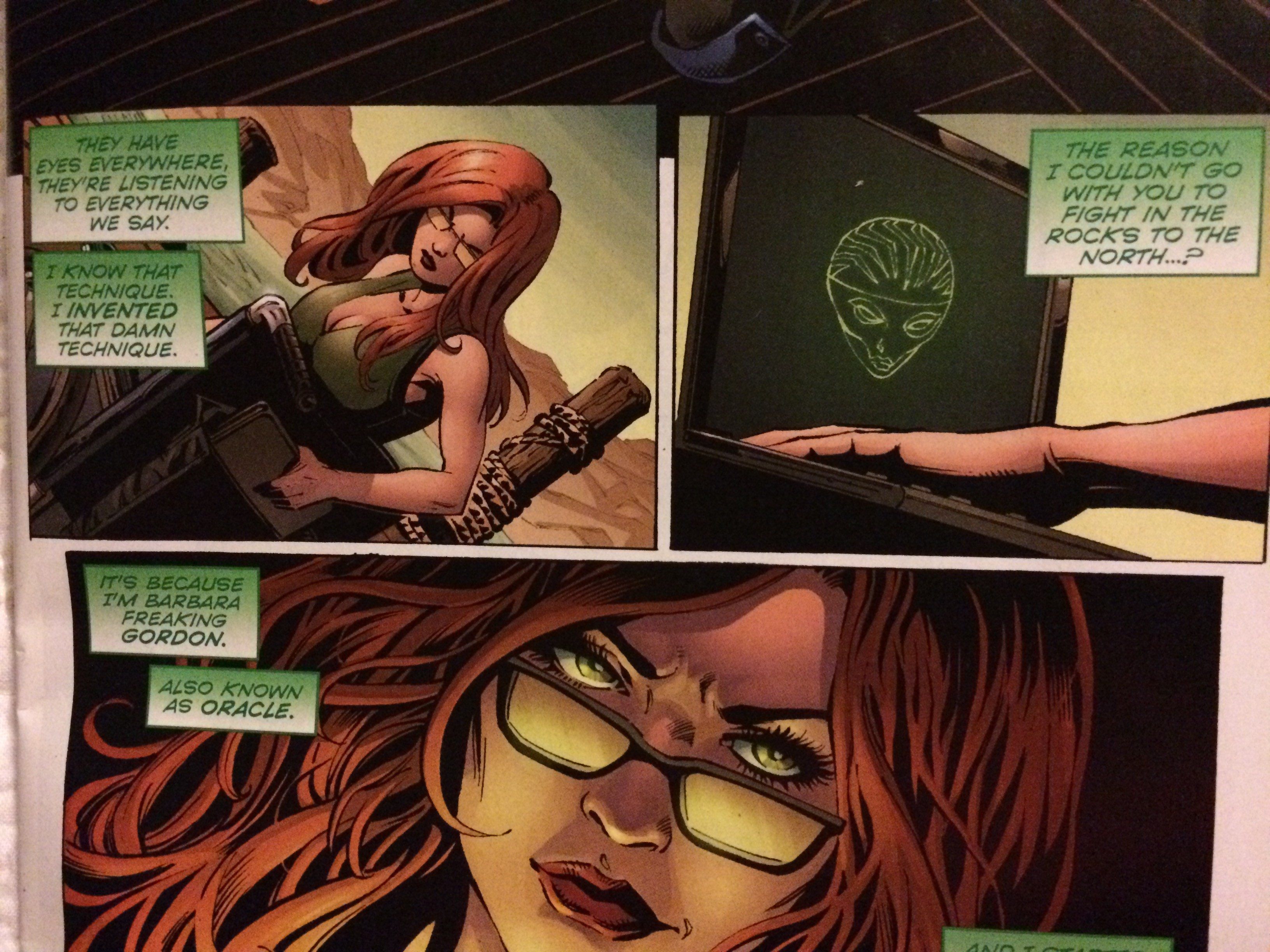 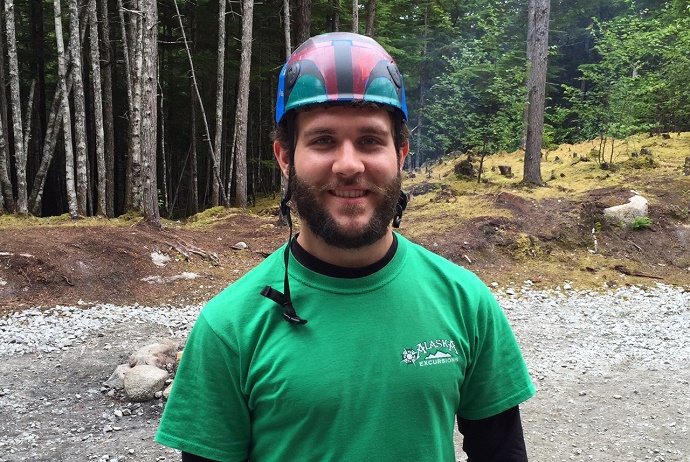 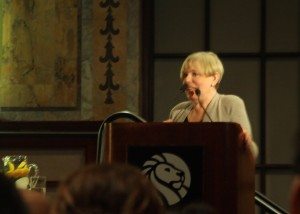 Twelve Steps to a Compassionate Life