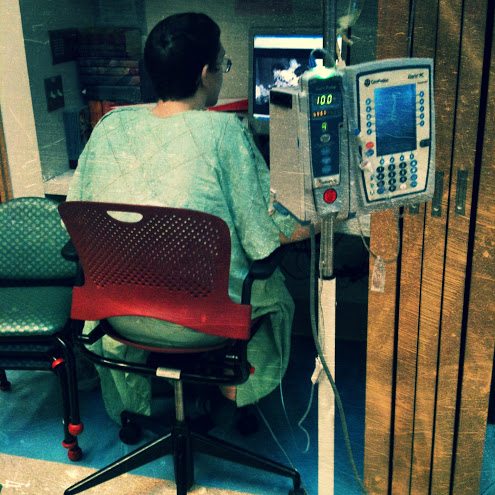 As it turns out, once it picks up speed, a zipline will emit this surprising, Galloping-Gertie-about-to-collapse twang-ang-ang that you can almost pluck straight from the air with your open hands. All of those heist movies where mastermind criminals avoid detection by zipping across rooftops to steal diamonds and sapphires the size of baseballs? Lies! Zipping is about as stealthy as riding a motorcycle.

“We can actually tell if you’re going to make it all the way to the platform or if we’re going to have to slide out, hook up, and drag you back in,” the youngest of three zipline guides explains to me, chuckling, when I comment on the sound a couple of weeks ago. “If the pitch isn’t high enough, we know you’re not going to make it in.”

As the afternoon progresses, I observe first-hand how attuned our guides are to the line. In our group of a dozen, there’s one guy in his 20s from the city tricked out with a techy watch and a helmet-mounted Go-Pro camera, who despite holding the aerodynamic crouch we all have been taught beforehand, can’t seem to make it to any of the platforms under his own steam. Each run, the guide manning his line watches Techy Guy take off, a gloved hand casually cradling the zipline above our heads, and while Techy Guy is still just a speeding speck far off in the distance, monkeys out to within 12 inches of where he’ll inevitably grind to a halt. For all I know, the precise mental geometry involved in graphing out how far each person will get on the line is a parlor trick, but from the outside looking in, this looks like artistry—and it’s kind of gorgeous.

So here we are: my husband, our two sons aged 14 and 17, and I, all starting our summer vacation by zipping through the Skyrider Tour at Hunter Mountain, and the thing that surprises me most is how much I’m actually enjoying it—though I’m clearly not the only one surprised by this. When our guides early-on intone to our group:

“If you are at all nervous about doing this, we suggest you move toward the front of the group—you would be amazed at how effective peer pressure can be in getting you to launch yourself off the side of a mountain,”

they are, all three, staring at me. This holds doubly true during the canned reminder that all sales are final, and that, while there is no shame in bowing out from an afternoon of whizzing at speeds of up to 50 miles-per-hour at heights of up to 600 feet in the air, nor is financial recompense to be found down that route, either. The $119 per person we’ve paid in advance is gone, whether we zip or walk down the side of the mountain. I understand. Woodsy is not the first thought that springs to mind when you meet me. I scan more “let me help you fill out that portion of your insurance form” than “hand me that crossbow.”

What our guides can’t possibly know, though, is that the 14-year-old boy standing next to me, the one that looks like my thinner, younger carbon copy, has spent a good portion of last winter in the hospital on a constant, intravenous cocktail of hard-hitting antibiotics, has undergone a series of surgeries to first get-ahead of a strep infection, then to close the resulting 9-inch surgical wound in his leg up near his groin. In medical-ese, my son was fighting necrotizing fasciitis, though this infection also goes by the name “flesh eating bacteria.” Whatever the nomenclature, this is an infection with a 26% mortality rate and an equally sobering limb-amputation rate. That my son walks today, legs intact, is a gift.

Back when my son was first diagnosed with the infection, we spent three weeks in the hospital. In addition to the five surgeries, he received daily hyperbaric treatments that, first time out, lead directly to a grand mal seizure and twin eardrum collapse. Later that same night, worried about possible renal failure, he was catheterized. Four days after that, released from ICU and back on the hospital floor, my husband and I hold his hands hard as a physician’s assistant inserts a tubed medical sponge into his leg meat, tapes an airtight seal around the wound, and attaches the other end of the tube to a wound vac that will promote a sterile growing environment for the developing epithelial cells instrumental to his healing.

In comparison, zipping across the valleys of Hunter Mountain, New York, on a perfect August day becomes do-able, even for me.

The 14-year-old in question actually dreams of going skydiving—a thrill-seeking trait he gets from the other side of his family tree, the church-going side that excels at math and is not a genetic carrier for a rare autoimmune disorder. My people tend to derive more than sufficient thrills from finding the occasional, forgotten twenty in an old pair of jeans. Something like skydiving just seems egregious. “More wine, less plummeting to your certain demise!” could be our creed.

Skydiving means hard landings, though, maybe harder than my son’s bones can handle. There are 250 people in the world diagnosed with his disorder. Some of them have problems with scoliosis, arthritis, and long bone fractures. We haven’t broken any bones yet but I know what his primary caregiver would say if we brought up the idea of skydiving:

“I would avoid that if I could.”

Ziplining—at least at Hunter Mountain, New York, home of the “longest zipline course in North America”—has a cushioned landing.  In the longer runs, if you come into the platform too hot, the guide managing your line will hang hard on a rope attached to a block of wood sitting on the zip. Banging into the restrained block of wood absorbs your speed and slows your trolley—the wheeled chassis that you are hooked to that rides the top of the zipline. On shorter runs, your guide grabs your feet to slow your progress and allows you to pendulum swing to a halt. Is this safe? the worrying part of my brain starts to fret, mid-ride. It is safe enough. We survive. More than that, we laugh from our bellies as we skim treetops and race between swaths of sunlight and cloud shadow.

The morning after my younger son is born, after I’ve nursed him and laid him down for a nap, I shower, put on day clothes, and am paging through the “Arts and Leisure” section of a complimentary copy of the New York Times when the staff come in on morning rounds to visit us.

“Look at you, with everything already completely under control! ” my nurse midwife exclaims, then sighs: “The second baby is so much easier, isn’t it?”

That moment exists in a soap bubble, also framed in sunshine. Here, the gold light streams through a hospital window, crisscrossing a coffee cup, an outsized newspaper, a gorgeous, wrinkled loaf of sleeping baby almost 10 lbs. at birth. It is the last purely-confident moment I have had as a parent. A week later we are already starting to see the first signs of autoimmune disruption: white fungal patches growing in the folds of my son’s skin, mysterious rashes on his face and groin. The ear infections that will bubble up continually for the next 18 months are already beginning to thrum away inside his head. We are six months away from his first life-threatening hospitalization, two years away from the infections that will lead to a diagnosis, three years from a day in a mall where a woman will see my son’s head covered in scabs, a product of one of his half-dozen skin disorders, and yell into my face, “How dare you bring your sick kid here where he can hurt my baby!” She will call me a liar when I try to explain that my son’s scabs are not contagious, spit the word at me as I stand dumbly between a Starbucks and an H&M.

And at that point, back in his first hospital room, we are nine years away from the elementary school principal who, only having ever seen my child relatively healthy on daily antibiotics, doesn’t understand why I am so upset that he’s been pushed off of a slide by a classmate, accuses me of exaggerating my son’s condition—the collapsed lung at 30 months, the concerns about bone density that haunt every hard fall he has ever taken—and demands in front of a half-dozen staff members that I allow her to speak to his doctors immediately so that she can get to the bottom of my “unrealistic expectations” for his safety at school.

These are all of the things that run through my mind as, speeding through the blue wide open, I watch my son spread out his arms, slow his entry onto the platform, and joke with the guide who unhooks his trolley from the line.

How To Stand Up For Yourself American Girl Style 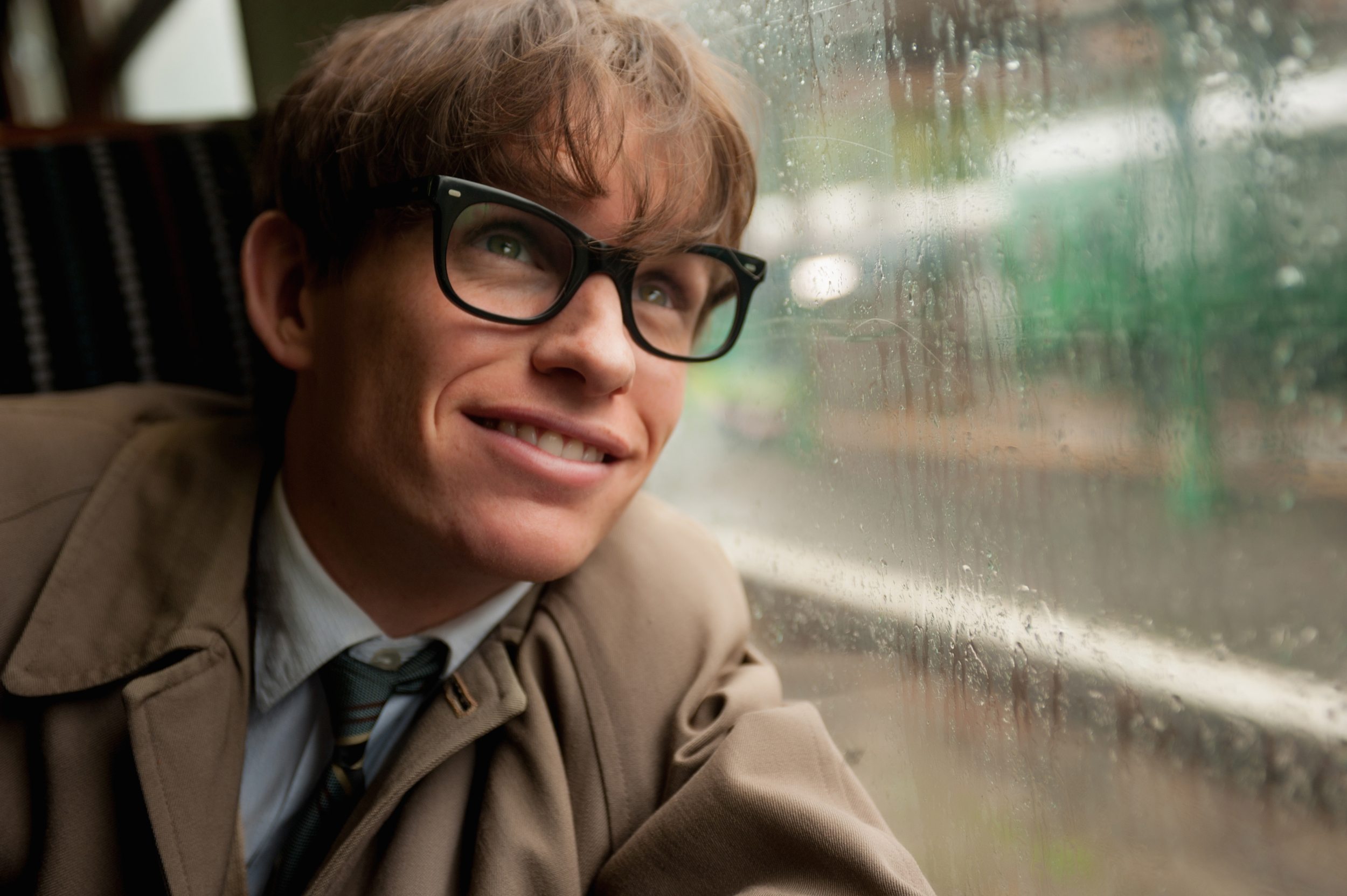