Ray: Anyone here familiar with the trope “Twenty Minutes with Jerks”? It refers to the start of a horror or disaster movie where you spend twenty minutes introducing the characters before the monster/volcano shows up, and most of the time they’re uninteresting explosion fodder? That’s how I feel about Alphonse Sapienza and his merry band of Nightwing cosplayers. They’ve essentially been elevated to co-leads in this new run after Nightwing took a bullet to the head, and they’re its biggest weak points. They all have only one character trait – Tough meathead! Dude who got framed! Lady cop who don’t play by no rules! Her wimp brother! – and given how incompetent they’re usually portrayed as it’s a miracle none of them have been killed yet. Now they’re up against yet another deadly villain in the form of the Joker’s Daughter, who has turned one of Bludhaven’s councilmen into a living bomb to protest gentrification and placed him in the middle of a booby-trapped restaurant.

The dialogue is a bit better in this issue than the first arc of this awkward run thanks to the addition of Zack Kaplan, but the plot is still a mess. I get that politics in comics are a hot topic right now, but having psychotic scarred villains express anti-gentrification talking points and strapping bombs to people isn’t the way to get that across. It’s just making a complex movement look bad. The actual main character of this run, “Ric” Grayson, is getting closer and closer to being Nightwing again. He has most of his old skills back, seems to be slowly getting some memories and connections back, and is open to meeting with Barbara at the end of the issue.

The whole plot is turning out to be pretty pointless – which might be for the best given how badly conceived it was. Next issue brings dependable old DC hand Dan Jurgens on to full writing duties, so let’s hope he’s able to make something out of this hash – even if it feels like the whole run is keeping time until Tom King’s next big twist.

Corrina: There’s a speech Barbara gives near the end of the issue about how she was too busy wishing for Dick Grayson and instead should have given “Ric” Grayson a chance to be who he is. That sounds like a direct meta message to readers who hated Ric Grayson.

It still doesn’t make me reconsider the ill-conceived, poorly executed plot of Nightwing being shot in the head but suffering no physical disabilities save a very convenient memory loss. 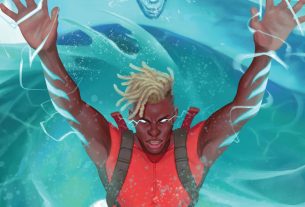 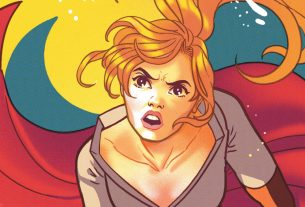 Review — ‘Amethyst’ #3: Strike Up the Banned