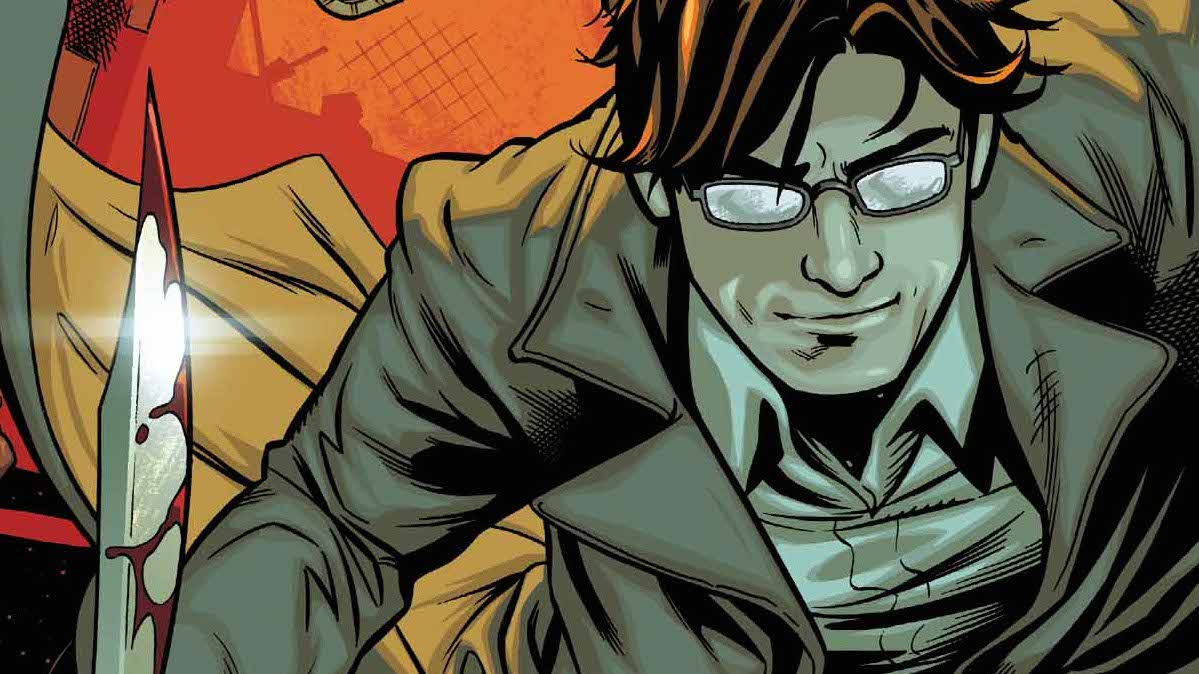 Corrina: Jim Jr. vs. Barbara vs. the Past

Ray: There’s an interesting technique that writers do when something really significant happens, essentially stopping the story dead in its tracks to cover the unexpected events while putting the main story on hold. That’s the case for Mairghread Scott’s latest Batgirl issue, as the overarching election plotline takes a break and this comic ties in with The Batman Who Laughs. As readers of that comic know, James Gordon Jr. has been released from prison as part of an experimental program to cure psychopaths. Commissioner Gordon has been in on that secret – but Barbara hasn’t been – until now, and that secret comes uncoiled in the ugliest way possible. As the issue opens, Barbara is confronting the people responsible for keeping Junior in custody, and we see her in a way we rarely do – out of control. Even de-aged to her early twenties like she has been since the New 52, Barbara’s always been one of the more mature members of the Batfamily. But everyone has their weaknesses, and fear of her brother is hers.

Some scenes in this issue, like Barbara dangling Junior’s parole officer off a railing to get information out of him, remind me of Batman’s breakdowns in his title recently. Barbara has more self-awareness, though, as she’s able to pull back and realize she’s hurting innocents. But that restraint goes out the window when Junior stalks Barbara to her job, and the three Gordon family members confront each other in a brutal showdown.

While Barbara’s reaction to James Jr. is harsh but understandable, it’s her face-off with her father that causes the most pain. Gordon is trying to do right by both his children, but making peace between a culprit and a victim is not always possible. James Gordon Jr. has haunted the Gordons for years, ever since Snyder’s earliest days at DC, but his dual roles in the two comics coming out right now may be his finest hour – and it comes just as he’s maybe not a villain anymore. And I can safely say Scott is doing the best work with Barbara Gordon since Oracle was retired.

Corrina: I’m not sure I buy Babs’ being this unhinged by the news that her brother is out. Oddly, I’m with her on her rage about her father simply not telling her about her brother’s program. That seems a terrible omission there, commissioner.

On the story, I see Babs more as turning her rage internally, growing colder, and using her research skills with tech to track down James Jr., rather than beating up informants. But that wouldn’t have quite the visuals that taking Batgirl through various areas of Gotham does. I’m also not sure Batgirl strikes out physically in rage–that seems more of a Batman thing.

Still, the art is perfect, even in the smallest details, such as the panel where Babs climbs through Jim Jr.’s window. And then there’s the final panel, with the spectre of the Batman Who Laughs looming over him.

Aside: I’ve been pondering whether the portrayal of Jim Jr. here and in the miniseries does a disservice to the mentally ill. So many Batman villains are called “mentally ill” and that implies that mental illness leads to crime and horrific deeds. On the other hand, some people do need medication to right their brain chemistry and become the person they always should have been. I like the idea that Jim Jr.’s medication helps right his brain chemistry, making him the person he always was or might have been.

But, I suspect this will not last long. He’s probably either going to become the new Joker or die. 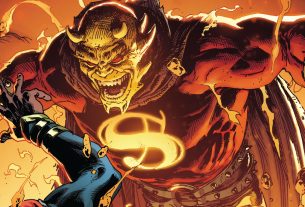 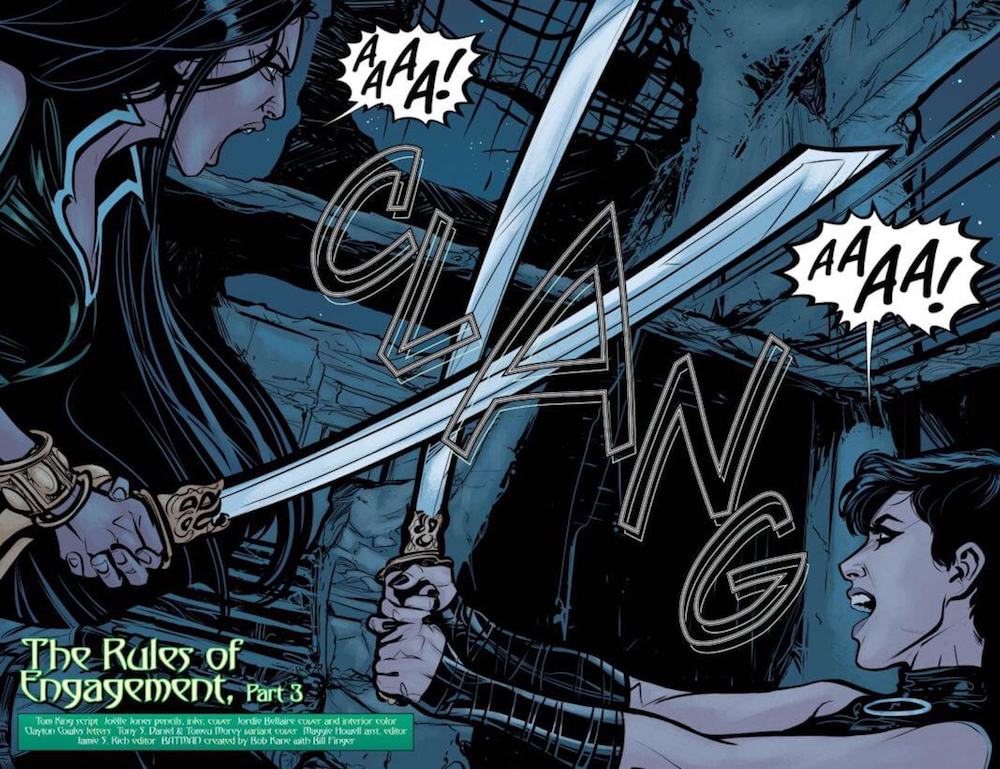