The Gazer was hissing and buzzing around the adventurers’ heads like a filthy sewer piñata. There was a gash below one of its eye stalks from Alan’s sword and, as it turned to face its attacker, Arvene called down a mote of holy radiant light, burning its skin. Confused, it started spinning wildly, sending dazzling eye beams in all directions. In the chaos there was a yelp from Dugg. He took a Frost Ray directly to the chest. His eyes rolled back and he fell to the floor, his hands clutching his cold unbeating heart.

Last night was the fifth session in our online Dragon Heist

campaign and it began with one of our characters in desperate need of serious healing.

Our weekly game is played via Skype and we are using Trello and D&D Beyond to keep track of the characters and campaign. As the Dungeon Master, these tools are particularly helpful when planning a session such as last night’s. For example, D&D Beyond lets me know the exact starting hit points and spell slots for my players’ characters, so I can better judge which scenarios might be a challenging or dangerous encounter.

Alan’s Bureau of Investigators (the ABI) are trying to find Floon. He is the friend of Volo Geddarm and was last seen being abducted by a group of Zhentarim thugs. Their investigation has led them to the sewers beneath the Dock Ward in Waterdeep. Here, alongside Renear Neverember, estranged son of ex-Open Lord Dagult Neverember and fellow captive of the Zhentarim, they have stumbled upon a guard post of a Xanathar Guild hideout. They believe the Xanathar Guild have now taken Floon.

Last session Alan, Arvene, Dugg, Joe, and Renaer fought a Gazer who seemed to be guarding the passage. Renaer was able to land the killing blow, but not before Dugg was knocked unconscious. Now the party must decide if they should carry on their search for Floon, or abandon the sewers to seek refuge and rest.

Seeing Dugg fall, Alan and Arvene ran to him to apply what little healing they could. They managed to stabilize him and could faintly hear his heartbeat when a freezing ice beam shot from the Gazer to the ground just past Dugg’s head. “Do. You. Mind?!” screamed Arvene as she angrily turned on the Gazer, just in time to see another of Joe’s darts whizz through the air before falling impotently to the ground. Seeing the monstrosity bear down upon the adventures, and spurred on by the radiant glow of Arvene’s prayers, Renaer Neverember thrust his rapier into the Gazer’s central beady eye. He slew the beast and it fizzed rudely around the chamber like a naughty balloon.

The session began and with two reasonable medicine checks they just about managed to stabilize Dugg. However, Arvene had no healing spells left. This meant Dugg was alive, but unconscious. He would have to rest in order to regain hit points and consciousness. Thus they were left with a dilemma: go on in search of Floon leaving Dugg unconscious in the sewer, or try to find somewhere to recoup some health. After a heated discussion regarding Dugg’s worth—after all this was the second time he’d fallen unconscious since the campaign began—they opted for the latter.

Seeing a ladder that led to a grate in the roof of the sewers, Alan climbed up to investigate, rolling stealth to move as quietly as possible. His stealth check was poor and the sound of heavy metal scraping on stone, followed by broken glass echoed around the room above.

Luckily the room was empty. There were barrels along the walls and the sounds of raucous drinking and singing coming from the floor above. Alan deduced that it must be the cellar of a tavern. A safe place to rest perhaps? But first they had to work out how to lift unconscious Dugg up from the sewers below.

They spent almost twenty minutes deciding the best way to do this. All they could think of was tying a rope to his legs and hoisting him up to the cellar 15 feet above the ground. So Renaer, Alan, and Arvene climbed the ladder, leaving Little Joe at the bottom to tie the rope and steady Dugg’s body as it ascended.

This should have been really simple and straight forward, but, as Joe was messing about a bit and trying to pickpocket his unconscious friend, I had him roll an intelligence check to see how well he tied the rope. He rolled very badly. Thus when Alan and Renear tugged on their end of the rope, the knot came untied and they flew backwards across the cellar smashing loudly into some barrels.

When they tried again they had much more success, and within a few more minutes Dugg and the rest of the ABI were in the cellar of the Spouting Fish tavern.

In the cellar they faced another choice: short or long rest? A short rest would last 30 minutes and they could regain lost hit points but no spell slots, however, as they had already been awake for over 24 hours, they would each suffer a point of exhaustion. On the other hand, a long rest would last eight hours, but they would all be fully restored. In spite of the ticking clock, they opted for the latter, but decided to seek legitimate boarding, rather than hiding in the cellar and risk being discovered.

Little Joe, being the most charismatic of the group, was elected to go up to the tavern and try his luck at getting a room. This could be difficult as it was now after midnight, and they were all covered in sewer filth.

Aided by a Guidance spell from Arvene, he rolled a very high stealth check and snuck into the tavern unnoticed by the patrons who were all singing along to a decidedly rude drinking song. He approached the bar and began talking to the waitress on duty. Her name was Alyssa and, despite the stench, which was giving him disadvantage on his charisma checks, Joe convinced her to let him and his friends stay in the cellar until morning. Although she was very keen for them not to cause any trouble, he promised they would be gone by the time the landlord went down to change the barrels.

Joe then joined his friends back in the cellar and Alyssa brought them down some water to wash in and some food. They generously gave her 1GP each and she promised to help them in the future if ever she could.

When the DM asks, “Are you being stealthy?” always say, “Yes.”

Once the party had rested, and Dugg was back to full health and consciousness, they descended back into the dark sewers and continued to follow the trail. Little Joe was using his Dancling Lights cantrip to provide illumination and they quickly found the small chalk symbols they were following previously, still thinking they looked like little suns. Before long, they came to a junction where three tunnels met.

At the intersection, there was a circular hub where the pathways joined. In its center there was a stone door that had a small visible arrow slit on each side, and the same chalk circle scribbled by the handle. For a while, Arvene and Little Joe argued over who should go to the door first. Neither was being stealthy as they tossed a coin and fought over the result. In the end, Arvene used her deception skill to convince Joe to go ahead.

First he cast a silent Minor Illusion that glided past the arrow slits. Nothing happened. Thus, confident he was safe, he loudly splashed through the sewer water towards the door.

Suddenly an arrow shot out from each slit straight at the unwitting drow. One hit him dealing 5 piercing damage. He did make it to the door. And, once there, instead of trying to get in quickly and diving to safely, he raised his arms in triumph and celebrated his achievement, grandstanding his successful passage. Another arrow shot out from the slit opposite the door and caught him in the chest. He took 4 more points of piercing damage and fell to the floor unconscious. The lights went out.

Two rounds of chaotic combat followed as Arvene dashed to heal Joe—she had regained her healing spells during the long rest—and Alan, Dugg, and Renaer battled with the darkness and the two goblin sentries. Eventually, once Areven had restored Little Joe, he cast Dancing Lights again and everyone could see.

While Dugg and Renear dealt with one goblin, taking it in turns to optimistically poke their short swords through the arrow slits, Alan was occupied with the other. He had stuffed his bedroll into the hole to block it, and wedged it stuck with a crowbar. Then, once he felt the goblin tugging on the other end, he set it alight with his tinderbox. Within seconds he could hear the goblin’s feral squeals as the smell of freshly seared meat drifted through the arrow slit. “I’m claiming that on expenses,” he said, as the crowbar clattered to the floor. END

This was a fun session, even though Dugg spent over two-thirds of it unconscious, which his player dealt with admirably. Especially considering he had to spend the time listening to the various ways in which his fellow party members were mistreating him.

I awarded both Alan and Joe inspiration in this session: Joe for his success with Alyssa, and Alan for the inventive use of his bedroll, crowbars, and tinderbox.

In spite of there being two party members with abilities that help enhance stealth—Dugg can cast Pass Without a Trace once per day and Arvene can give the Blessing of the Trickster—they still failed to sneak past two goblin sentries. The module suggests a stealth roll of 9 or higher is enough and is so confident no one could possibly fail this that it doesn’t give any consequences of failure.

Also, the party seem to have forgotten they are only level one and evidently need to be more careful if they want to reach level two. So far in only five sessions there have been three instances of characters falling to zero hit points. At this stage they would have no way of revivifying characters should they actually die.

DM Tip: Before this session began I had a feeling that the group would climb the ladder and find the tavern above, but the campaign book says very little about the nature, or occupants, of the Spouting Fish. So, in order to flesh out the tavern, I turned to an online random tavern generator. This is a really useful resource that quickly provided lots of detail and options for the session, such as the fact that there were no rooms to rent in the Spouting Fish. There was a lot of information that I didn’t use—the rude tavern owner, boisterous clientele, and appalling food and drink menu—but I can keep all that for a later date if they ever return to the Spouting Fish.

Next week the party will continue their investigation into the Xanathar hideout and might well encounter a couple of familiar faces. Let’s just hope they remember how weak and squishy they really are, or it might well be the final session in a very short-lived campaign. 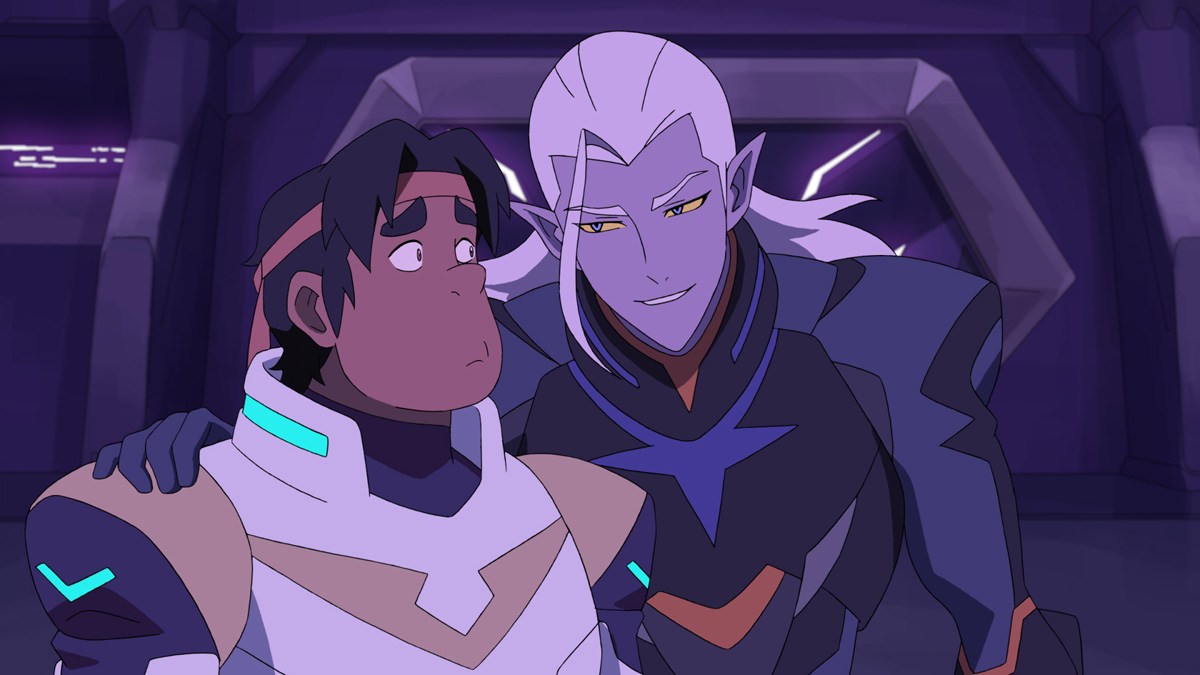 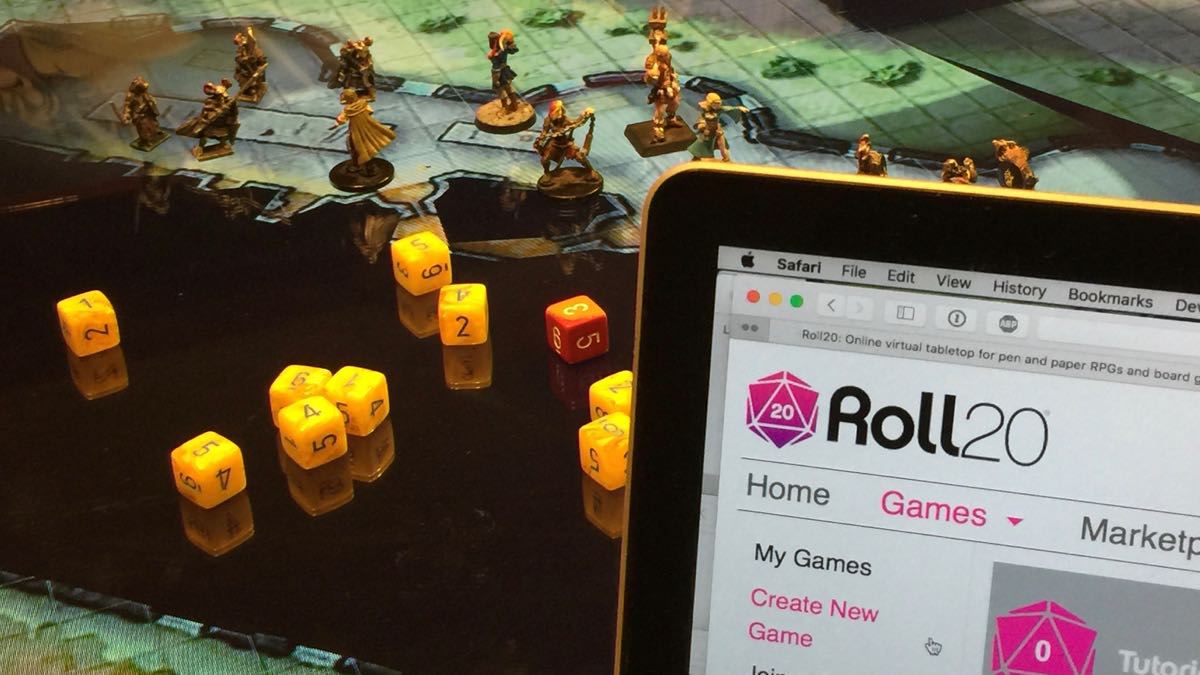 Hey, You Got Your ‘Pathfinder’ in My Roll20… ‘Pathfinder’ Now Officially Supported by Roll20 Virtual Tabletop