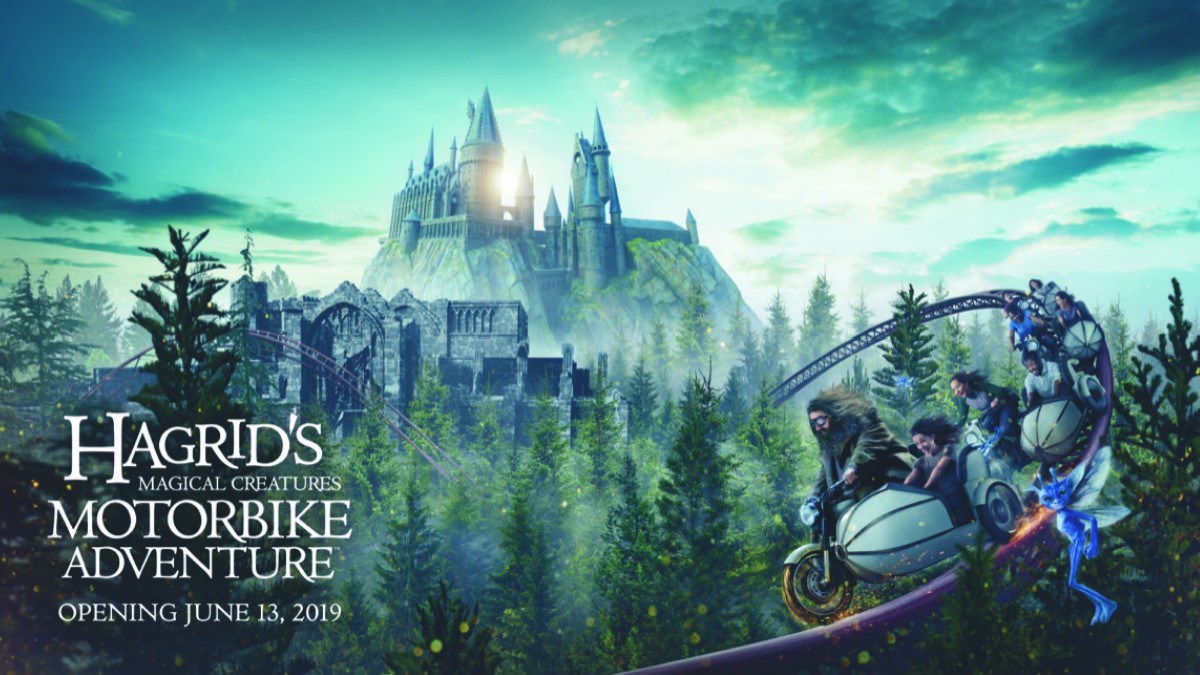 The new roller coaster being built at Universal Orlando’s Wizarding World of Harry Potter finally has an official name and opening date. While not many details have been officially released, we at least know it will be based around the beloved character Hagrid and on magical creatures, which are of course his specialty, and that the coaster will be based on Hagrid’s motorbike.

The ride, with the mouthful of a name “Hagrid’s Magical Creatures Motorbike Adventure,” is scheduled to open June 13 at the Hogsmeade part of the Wizarding World, at Universal’s Islands of Adventure theme park. Universal Orlando says that more details about the ride will be released in March, but rumors are that it will be heavy on the animatronics and twists and turns.

(As a fan of the Harry Potter since the first book came out, I feel I must point out that the motorbike Hagrid rides does not belong to him; it was lent to him by Sirius Black, and became Harry’s property after Black’s death.)