Welcome back to Graphic Novel Weekly, the column that brings you exciting graphic novel content each week. Today, I’m looking at six releases that all hover somewhere around that indefinable quality of “the fantastic.” Some of fantasy. Some of are darker. Some are trippy. I’ll be reviewing:

Stop back every Thursday for your weekly dose of awesome! Next week, we’ll be looking at a slew of street-level, personal titles.  Now then, let’s do this!

It feels like now is a bit of a renaissance for graphic novels for younger readers. I’m constantly seeing new titles popping up, and I am able to keep my stepdaughter in a ready supply of fantastic new content. She’s read Raina Telgemeier’s Ghosts to the point that the binding has utterly given up trying to keep the book in one piece (Raina Telgemeier, for the sake of my sanity, please do not every stop coming out with new books). Pandora’s Legacy is part of this wave of young adult graphic novels, and I was excited to see how it held up.

Charlie, Janet, Trevor, and their cat Po are meant to be on a vacation visiting their grandparents. However, when Po decides to bolt into the woods and play in an ancient Greek temple, things go sideways fast. Po is possessed by the titan Prometheus, and leads the trio on a quest to recapture all of the ancient evils that escaped Pandora’s box when Trevor accidentally broke it. The siblings want to save their family, but how high will the cost end up being?

Pandora’s Legacy was pretty enjoyable. It doesn’t do much to stand out from the pack of young adult fantasy adventures, but that doesn’t make it any less enjoyable. The characters are well-crafted, and the plot moves along at a steady clip. The art isn’t my favorite style, yet it does a solid job of telling the story along with the dialogue.

For me, the verdict is pretty simple: Pandora’s Legacy likely isn’t going to be remembered as a standout title, but it is an enjoyable, quick read while you or your younger readers are waiting for the next exciting young adult release.

White Claw, Volume 1: The Egg of the Dragon Queen

High fantasy martial arts epic? Yeah, I’ll definitely give that a try! Which is exactly what led me to reading the first volume of White Claw, just recently translated into English for the first time by digital-only publisher Europe Comics.

Taho-the-Quick is out to kill all the dragons he can find, hoping to find the Dragon Queen and kill her as an act of revenge against the people who view her as a totem. When he succeeds, he is presented with the Dragon Queen’s egg, and tasked with protecting it. Captured by the army and sentenced to death, he becomes tied up in a much greater conflict between nations, and finds himself travelling with the mysterious warrior known as White Claw.

This first volume starts pretty slowly, and I struggled to get into it at first. I found Taho-the-Quick to be a pretty unappealing protagonist, and the dialogue to be quite flat. Thankfully, this shifted after the story transitioned from the set-up and two the main story, featuring much more of White Claw than Taho-the-Quick. From that point on, the story became much more gripping, with the dramatic conflicts, perilous fights, and engaging adventure taking center stage.

This ended up being a really fun start to an action-oriented fantasy adventure. I am looking forward to exploring future volumes of this series. Recommended for fans of martial arts action and high fantasy settings.

WORD OF NOTE: I have seen a number of complaints about the lettering in this volume. I can confirm that the font choice is not a great one, and on a number of occasions I had to zoom way in to make sure I was getting the right letters and words. Hopefully this is corrected in future editions.

It’s always an interesting proposition to approach a 500 page comic collection. Obviously, if it is a title you are familiar with and enjoy, it’s an exciting moment. However, if it is a title that is new to you, you have to wonder, will this be an amazing opportunity to binge read a new series, or a brick-like volume full of dross? There’s only one way to find out!

Pamela runs the Tarot Café, a friendly mix of coffee and light reading of tarot cards. However, after the shop closes for the night, certain “special” visitors can stop by and, for the price of a special bead, have their futures read by Pamela’s tarot deck. As Pamela reads the futures of princes, fairies, werewolves, and more, their stories come to life. Yet, as all of these magical beings find the way to their own futures, what is Pamela’s, and what is she collecting beads for?

Korean manhwa has a lot of storytelling similarities with Japanese manga. In Tarot Café, there is much artistically in common with shōjo manga, which is typically romance manga with very feminine, flowery art. I generally don’t love that art style, so I have not read much in the way of shōjo. I’m glad I made an exception with Tarot Café, because otherwise I would have missed out on a great read.

Do you remember when I read Dark Metro: The Ultimate Edition, also from TOKYOPOP? You can find the review here, but to sum it up, I found it to be more of a collection of short stories than a novel with an overarching plot. Tarot Café has a little bit of that feel, with each new visitor to Pamela’s shop bringing with them a relatively stand-alone short story. However, I feel as though Park does a better job of balancing the individual stories with Pamela’s ongoing story, which continues to bubble up through this massive volume.

If you like dark fantasy with a tarot edge, this is a really fun story to check out. And for the cost, you get a ton of content. Give this one a go!

This time last month, I was reading the first volume of Sword Princess Amaltea. You can find the Graphic Novel Weekly review right here. The first volume I found to be a fun and engaging fantasy adventure that did not navigate the gender dynamics of its flipped gender-role setting.  Curious how that might continue in the second volume, I dove back into Amaltea’s world.  Beware: plot points from the first volume will crop up to a minor degree below.

After brief flashbacks that explore Princess Amaltea’s and Prince Ossian’s upbringing and the messages they received about love, romance, and gender roles, the story shifts back to the present, with Amaltea and Ossian in the woods, running from the bandits who were trying to kidnap and sell Ossian in the previous volume. Thus starts a frantic journey in which the duo has to escape from just about everyone on every side, foe and seeming-friend.

The first volume of Sword Princess Amaltea was fun, if not substantially original. The second volume is effectively better in every single regard. Batista seems to have found her storytelling strengths and is running with them. The action and adventure were the strength of the first volume, and here they become even more dynamic and exciting. The action is fluid, and the story’s pace is very well managed.

Meanwhile, the inverted gender roles come into very heavy focus, as the story allows itself to grow into a newfound maturity. Initially, this volume explores the absurdity of strict gender roles to comedic effect, taking jabs at strange social mores that make no logical sense. It takes things in a Shakespearean comedy direction, with magic gender swapping that results in a protagonist who is a woman trapped in a male body who fulfills stereotypical masculine gender roles, and vice versa. Later, the book explores sexual assault, showing the dark, terrifying side of problematic gender politics.

Sword Princess Amaltea, Volume 2 was an absolutely wonderful read. It shows substantial growth in its storytelling abilities and willingness to examine gender from multiple angles. I strongly encourage checking this series out.

CONTENT WARNING: This volume depicts attempted sexual assault. It is integral to the plot and is handled in a mature, intelligent way. This scene wasn’t for shock value, but it could be triggering. Please keep this in mind as you consider reading this volume.

Ripley’s Believe It or Not

I remember Ripley’s Believe It or Not really blossoming when I was younger. It has been around much longer than I have been, but I recall books and a tv show when I was growing it. Since then, it had pretty much fallen off my radar. When I saw Zenescope, famed for their combination of fairy tales and unrealistic female bodies, was releasing a collection of their two-issue series, I was curious enough to check it out.

Two very limited framing stories (one from each issue) open and close this anthology of short stories. Overall, they are a bit difficult to classify. They are all based on true events (believe it or not…hardy har har), so they aren’t fiction. They aren’t really horror, although the cover gives off a bit of that vibe. IT is mostly short vignettes about historical quirks, followed up by one-page illustrated fact sheets.

I had pretty middling feelings about this volume. It wasn’t terrible by any means. However, it wasn’t particularly exciting or dynamic, either. If you are a big fan of odd little historical stories a la Ripley’s, then see if you can snag this on discount or at a library. Otherwise, I don’t believe this one is worth the money.

Loan Sloane is drawn into the world of interstellar Punic War, lead by visions of Salammbô, daughter of the leader of Carthage, and takes on the persona of Mathô. He finds himself buried in conflict with Narr’Havas and the forces of Carthage, leading to a massive, bloody war.

Druillet’s art is spectacularly trippy. The later titles that were influenced by Druillet’s art are pretty easy to pick out, with Heavy Metal being right up there. Druillet’s art really hits its strengths with his large-scale images. Massive vistas or epic battles revel in a level of detail that surpasses even what George Pérez does. It is fascinating.

The rest of the product, however, was about as fun to read as getting slapped in the face with a used diaper. Characters appear and disappear for no reason, the plot seemingly goes out of its way to be confusing, and the heavy-handed narration creates mountains of dross text that tries to be pretty while failing to contribute anything meaningful to the story.

I really wanted to like Loan Sloane: Salammbô. I thought it would be cool. Instead, it was a fight to finish. I cannot recommend this title, except for fans of the history of comics art.

Luke Forney and/or GeekDad received copies of each of the graphic novels included in this list for review purposes. If you are reading this article anywhere other than on GeekDad or GeekMom, then you are reading a copy not authorized by the author. Please check out other Graphic Novel Weekly articles at www.geekdad.com 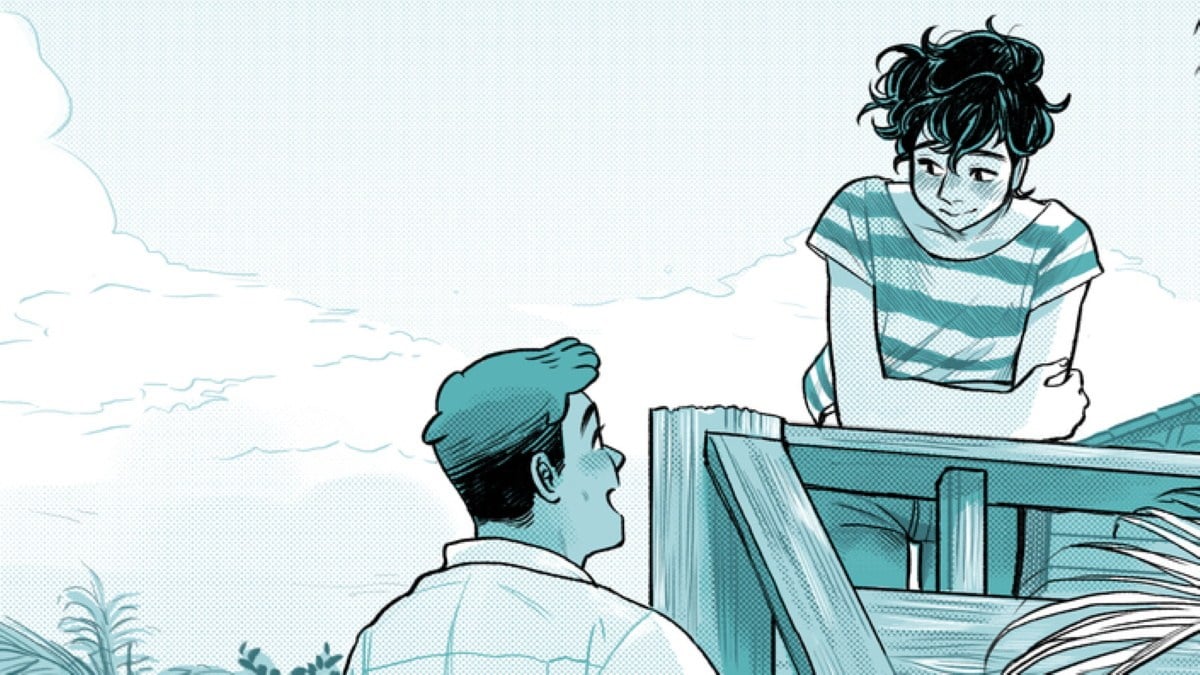 Bloom: A Satisfying and Inclusive Comic About Relationships and Baking 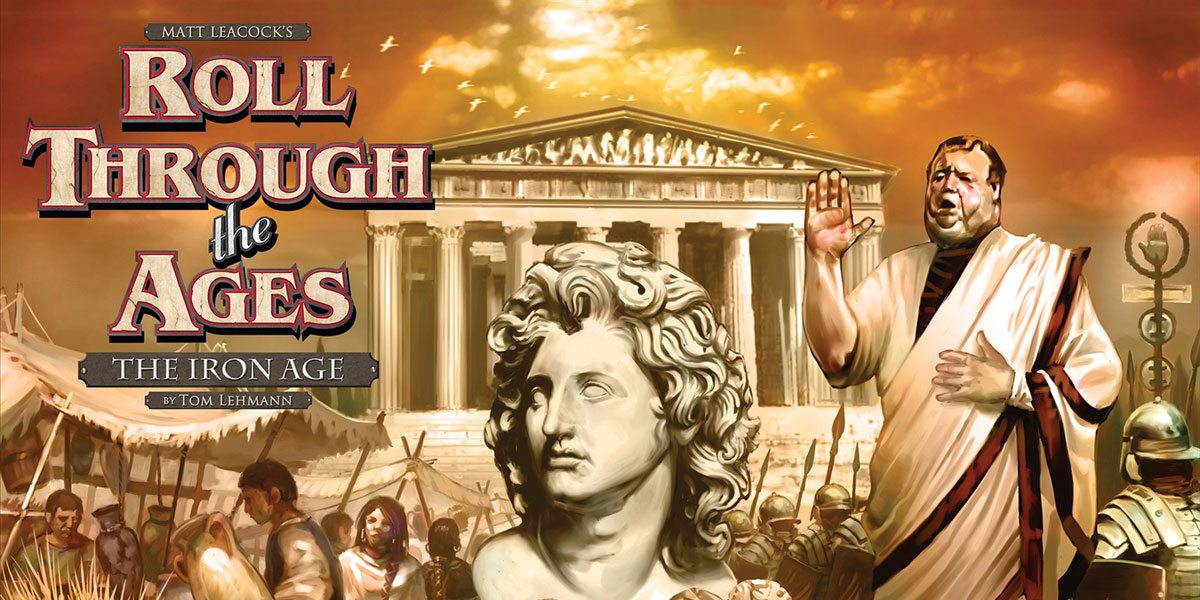 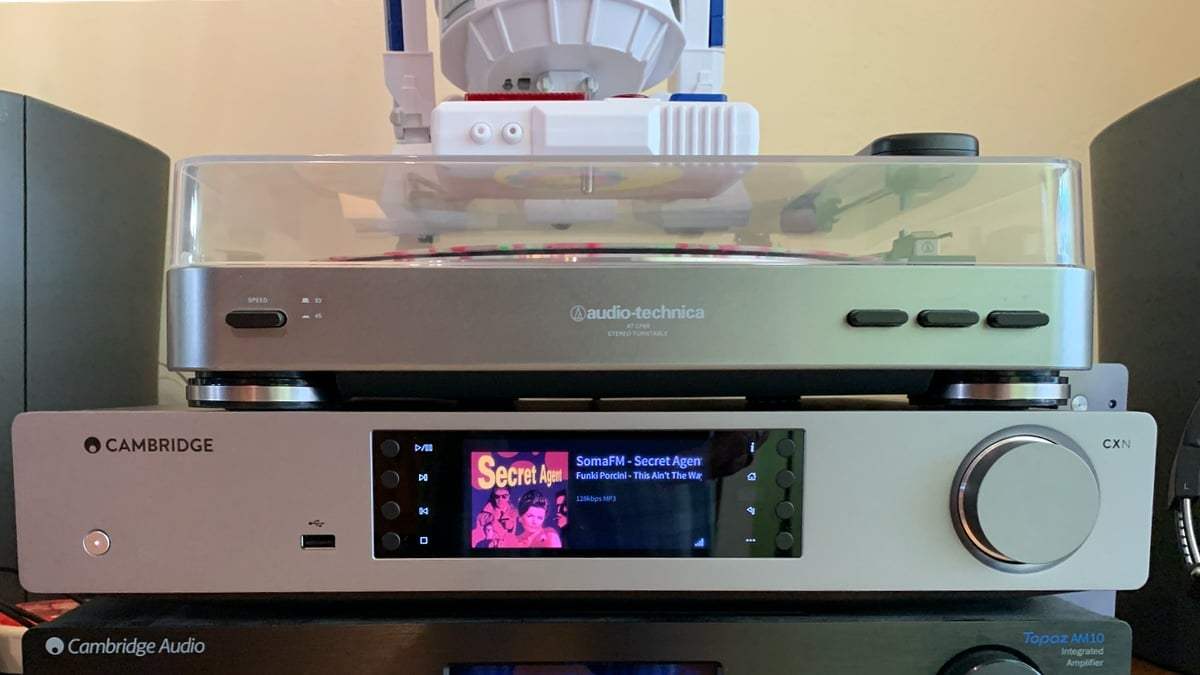