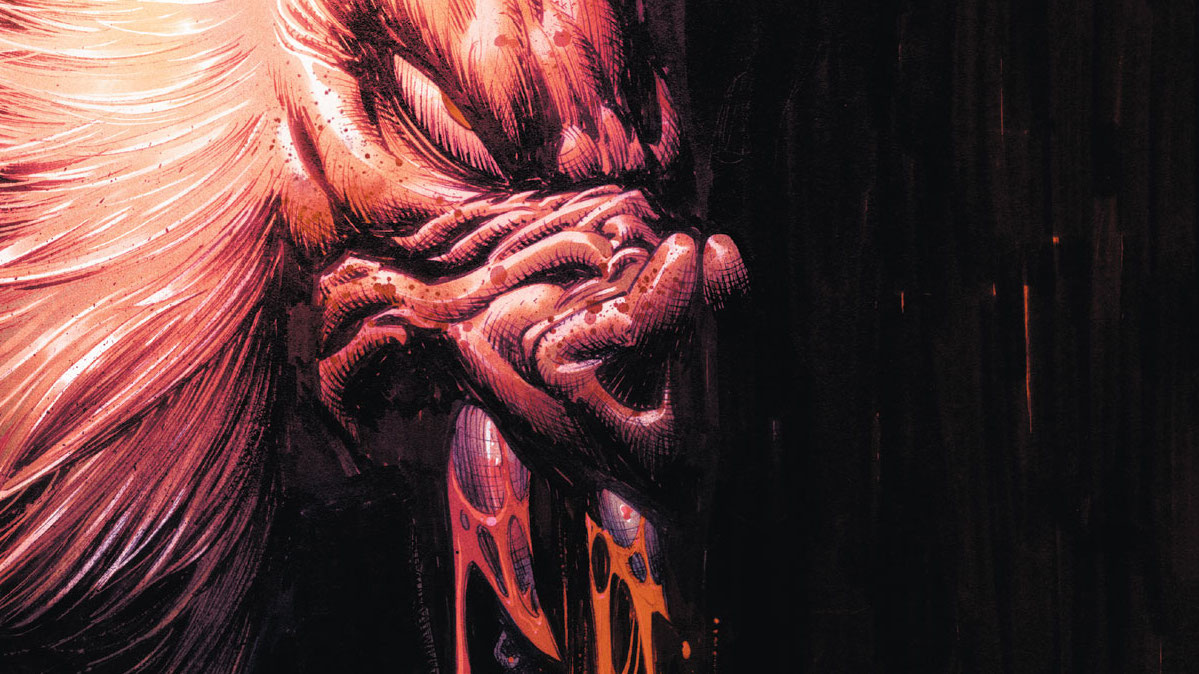 Ray: A strong second issue from the creative team as Kirk Langstrom battles against the ticking clock that will turn him into a mindless monster. As we know from the cliffhanger, he’s being hunted by the Suicide Squad, but the strongest moments of the story are right at the beginning—as we see a young Kirk and Francine before Kirk succumbed to his obsession. He’s currently dissecting bads and mumbling about how he’s this close to a cure when he’s rudely interrupted by shots through the wall and the Suicide Squad trying to apprehend him. He spends most of the issue fighting Killer Croc and Captain Boomerang, and the fight scenes are engaging and well-drawn. It’s a bit of a by-the-numbers plot that makes me think this series might be a little too dominated by fight scenes, but the presence of a surprise additional Bat-villain behind last month’s plot is intriguing, and the cliffhanger is surprisingly funny. We largely know how this story ends, but I expect it’ll be a fun ride to get there.

Ray: With the first half of this series over, the cast seems to have been pared down to the supernatural trio of Ruin, Jophiel, and Heather—and the stakes are only getting higher. Heather is free of her curse, but has made a pact to travel into the Fae realm and liberate it. So naturally, her angel and nightmare pals are along for the ride—and they’re not prepared for what they find. The shift in art style between the beautiful and colorful fae realm to the haunting hellscape they actually find is one of the best scenes of the series, and what ensues is an amusing and often disturbing display of debauchery. The story can be a little chaotic, but by the end of the issue we have a compelling dynamic set up with Jophiel as the last sane man left as everyone else succumbs to temptations. This is a more traditional take on the Dreaming than the previous series, complete with the surreal tone that sets Gaiman and Wilson’s work apart.