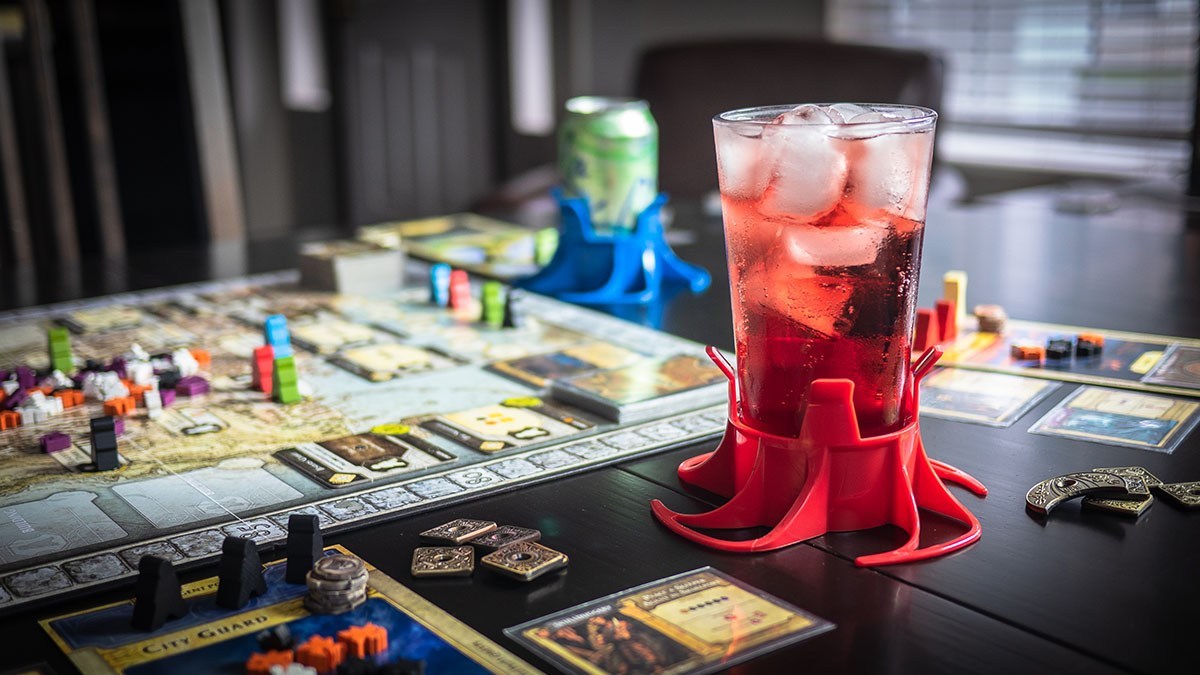 At some point, many serious tabletop game collectors come face-to-face with the conundrum of refreshments. The risk of having an expensive tabletop game becoming a victim of a spill is something to consider. I’ve seen it happen with friend’s copy of A Game of Thrones board game. Westeros was completely ravaged by House Diet Coke. And though I haven’t busted out my Pandemic Legacy yet, I’m sure a worldwide outbreak of IPA isn’t part of the campaign. Incidentally, that certainly would give new meaning to the word “spoiler.”

A few years ago, I had an opportunity to get a table dedicated for gaming. Many manufacturers of high-ticket bespoke game tables offer snazzy drink holders as add-ons. However, my game table budget was quite modest, more IKEA than Rathskellers, so that wasn’t an option. Did anyone have a good solution for beverages?

Enter Spoasters, which claim to be the “world’s best drink coaster.”

I found Spoasters as an Indiegogo campaign from designer Sherwin Chan. He wasn’t specifically marketing Spoasters towards gamers, but the use case seemed pretty clear to me, and I ordered some. The initial color offering of red and blue didn’t appeal to me, so I opted to wait to see if any more options became available. Fast-forward two years later: I’d completely forgotten about Spoasters until I got an update email from Sherwin. Since additional colors did not seem to be in the production timeline anytime soon, I asked if I could get the red and blue set instead, and Sherwin quickly sent them out.

The Spoasters arrived as a stacked 4-pack and included a nice hand-written thank you note from Sherwin. While unpacking the box, I did get a bit of “as seen on TV” vibe from them (cue black and white footage of me, in a fit of ineptitude, taking out a table of Twilight Imperium with a Dr. Pepper), but after using them for a few days, I’m convinced this isn’t a frivolous solution in search of a problem.

The Spoaster is made of a rigid, lightweight, molded plastic that seems super-tough. This isn’t going to break under normal use. The four curved radiating fins stabilize the Spoaster on the table and keep it flat. I placed them on a variety of surfaces and there was no rocking or wobbling. The bottom is completely smooth, so the Spoaster will slide a bit when bumped. Four angled “ears” assist in guiding a glass or can into the holder, which is a nice touch. The ears are also helpful with picking up a loaded Spoaster and moving around.

Each comes with a round sponge to soak up condensation. I certainly appreciate this feature; many times I’ve had plastic or metal coasters stick to my drink when going for a sip, only to clatter on the table and splatter water drops everywhere (cue more B&W footage). The sponges are designed to be cleaned by wringing them out and air drying, though I haven’t gotten them wet enough to try this out. If the sponges get too nasty after a while, you can order more.

I’ve found Spoasters work great with cans and shaker-style pint glasses; they fit like a glove and it’s easy to take them in and out to drink. 12- and 16-ounce cups worked fine, too. Bottles are a little different story. I can imagine that given the size differences between various types, shapes, and styles of bottles vs. the more consistent size of cups and cans, a decision was made for the latter. All the bottles I tried had a bit of wiggle room around them, so some tipping can occur, though the sides help catch a tilting bottle. The photo below shows how far a beer bottle will tip until the Spoaster catches it. A good solid bump with a full bottle may cause a little spill, but using a Spoaster is way better than anything. I’ve also found that bottles are little more stable if the sponge is removed. If you are completely worried about it, just pour bottled beverages into a pint glass.

As mentioned, the Spoasters stack for storage; quite helpful as the design necessitates a larger footprint than a standard coaster. When they are all stacked it makes for quite a conversation piece, too, as shown by quizzical looks on my friends’ faces. No, I don’t think they can double as ninja stars.

I only have one wish for Spoasters: I still would like to see other colors besides blue and red. Black or gray would be particularly nice on my table.

If you are looking for a little peace-of-mind with beverages around your spendy boardgames, I recommend checking out Spoasters.

You can find Spoasters here! 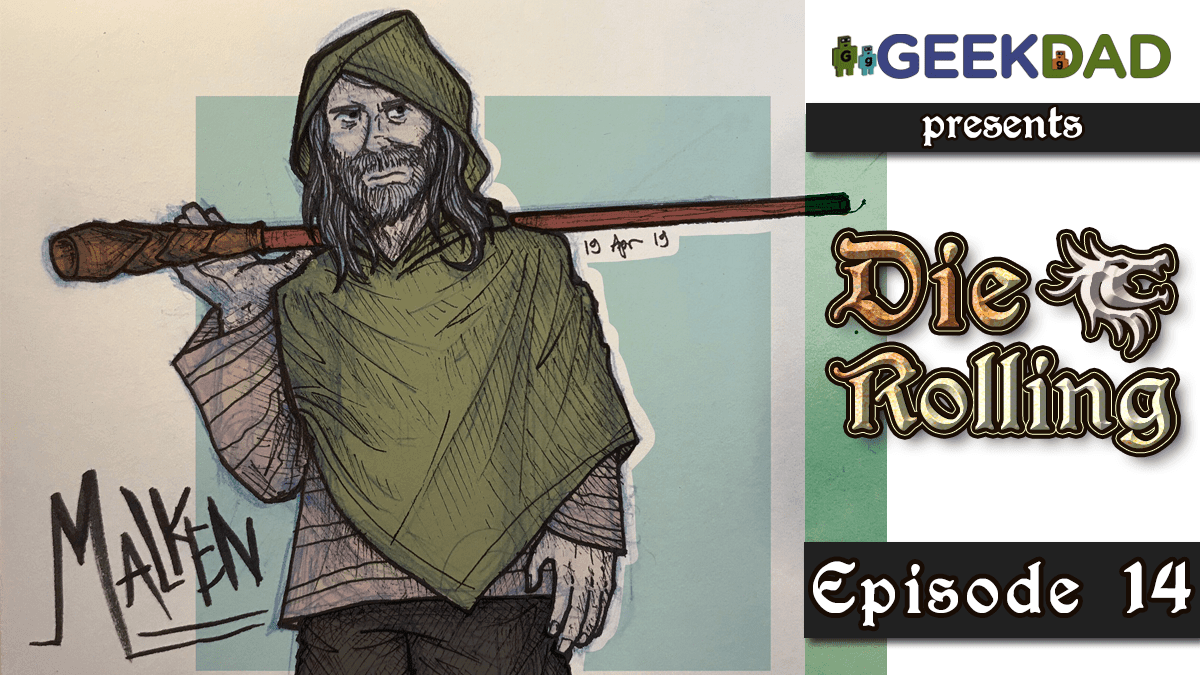