Ray: Black Lightning and family have shown up before in Scooby-Doo Team-Up, but this issue takes the Mystery Machine crew back to the place the urban superhero calls home and the school he presides over. This book always maintains a light and family-friendly tone, of course, but the issue impressively doesn’t shy away from some very real issues.

The story kicks off with the gang in Garfield High School for career day to speak to the students. The issue even explains why these teenagers aren’t in school – apparently, they graduated early and do distance learning while on the road. It’s a nice touch. But while Jeff Pierce does his best to keep Garfield a good learning environment, he’s had a hard time keeping Tobias Whale’s 100 Gang from recruiting students. Complicating things even more, they’re not the only gang in the school – a pair of Bugsy Siegel-inspired gangster ghosts are haunting the grounds.

This is a legitimately good Scooby Doo mystery because it’s got a few levels and suspects roaming around. There are the young gangsters intimidating people on the grounds, there’s a pair of hooky-playing students that Jefferson keeps having to round up, and, of course, there’s Tobias Whale himself. The local gang lord is less brutally violent than he is in the TV show but no less a legitimate threat.

Its discussion of gang violence and recruitment and the dropout rate makes this issue probably the most mature installment of the series, but it manages to pack in enough comic bits to work. The eventual resolution is one of the best I’ve seen in this book – it has a good twist as to the “ghost’s” motivation that gives the character a new layer. It’s definitely a beta version of the characters involved, and I would have liked to see the Pierce sisters here, but this is a great introduction to Black Lightning for young readers.

Review – Doom Patrol: Weight of the Worlds #3: And Much Later… 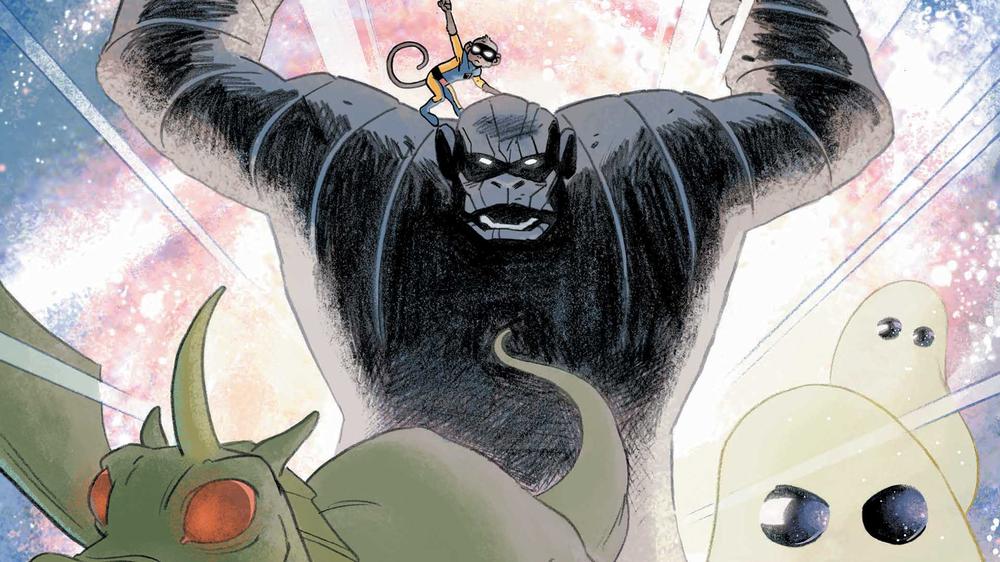 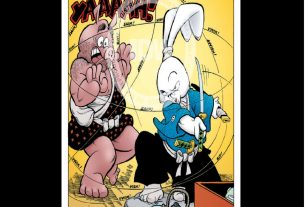