Corrina: What Is Slade?

Ray: With every passing issue, Priest’s Deathstroke becomes more and more bizarre – and I mean that in the best way possible. A twisty, mind-bending suspense thriller of a comic, this issue takes place across several continents and several different points of view – none of which are entirely reliable. That gets even more complicated with the reveal that Slade’s Arkham friend Devon – now calling himself Death Masque – is able to break the fourth wall and has begun patterning himself after Deadpool. This is the second DC parody of Deadpool, the first being an alternate-universe Deathstroke created by Joe Kelly over ten years ago. But Priest has bigger plans, and the opening segment involving Devon and Deathstroke leading an army of villains into battle is spectacular. It’s not many comics that can balance large-scale action with intimate suspense this well. And just as soon as it’s over, we zoom to another timeline as Devon and Hosun try to figure out exactly what’s going on.

With the story shifting all over the place, from Vietnam as Rose and Two-Face try to figure out the nature of “Willow” and Slade engaging in beachside therapy sessions, it can almost be a bit hard to keep up at times. So when it all zooms into focus towards the end of the issue, it’s shocking and more than a bit disturbing. Slade isn’t the only character to find himself in disturbingly intimate quarters with a Bat-villain this week, but this issue’s deranged encounter with Hugo Strange is even creepier than Batman’s meeting with Professor Pyg. That’s because Strange goes after the mind in a way few other villains do. There’s a surprising death towards the end of the issue that could feel like a fridging in lesser hands, but I’m not even 100% that’s something that really happened. Much like the previous arc, every issue of this story adds new elements and builds a mystery leading to an explosive final showdown. Few books can balance a story this complex this well, but Deathstroke lands it every time.

Corrina: There are a number of DC comics out there right now playing with illusion versus reality, including this week’s Justice League, Batman: Kings of Fear #6, and Batman #62.

But the unreality/illusion of within Deathstroke is more twisty and more complex for any of those and, yet, all the while manages to stay completely entertaining. The unreliable narrators pull the reader into the story, to the point where you may be as confused as Slade about it all. But that’s okay because I’m certain that, at some point, Slade will manage to figure it all out. He’s just that relentless, though he has met his match in Dr. Hugo Strange.

Then there’s Rose, still struggling with her “Willow” identity, paired with the unpredictable Two-Face in a segment that has me worried for her and also hoping that the mystery of this second persona is finally settled.

All this is in a single issue. 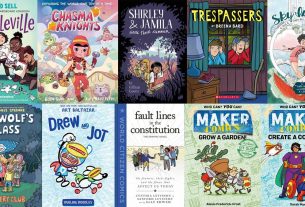 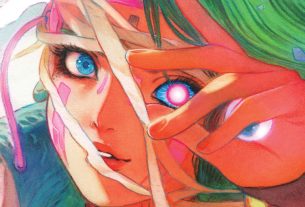