When my first daughter was three, I started searching for games that might get her interested in the hobby, but would also be enjoyable for me to play. I was quickly disenchanted with the traditional selection of games. Although these are colorful and full of nostalgia, they offer little to no player choices. Luckily, a friend introduced me to the Peaceable Kingdom brand, which focuses on cooperative, family games for younger children. Since then, I have bought several of their games, including Race to the Treasure.

What Is Race to the Treasure?

Race to the Treasure is a cooperative game for 2-4 players, ages 5+ (although my 4-year-old has played this), and plays in 15-20 minutes. In this tile-laying game, the objective is to create a path through the woods that allows you to collect three keys and get to the treasure chest before the ogre does.

Race to the Treasure Components

An important feature of any kid game is durable components, manufactured to withstand the abuse of your little ogres. Race to the Treasure meets those standards beautifully with wooden dice and tiles made of thick cardboard stock. Additionally, all the game components are 100% green! Here’s what comes in the box:

The artwork for the game is wonderfully done with a fairy tale feel to it. The graphics are clear and easy to understand. And most importantly, the ogre is not scary. Instead, he has this goofy, almost playful half grin that makes you want to be his friend.

How to Play Race to the Treasure

Reminiscent of games from my childhood, the rules are located on the inside of the box lid. I really like the graphic layout, combining text and diagrams to quickly explain how to play.

The board is divided into a grid with letters A through F along the top and numbers 1 through 6 down the side. To set up the board, roll the letter and number dice, and then place a key at the intersection of the results. Do this for the other three keys as well as the ogre snack. Sometimes the keys will be clumped together, while other times they are spread across the board. This random setup boosts the replayability of the game, providing a new puzzle to solve every time you play.

Next, shuffle the ogre and path tiles into a pile, or just place them all face down in the box lid and mix them up like I do. Personally, I think this way is easier than shuffling a pile of thirty-seven cardboard tiles, and it still achieves the same effect. Besides, there is a good chance that during the game little hands will knock over the pile of cards. Mixing them in the box lid avoids this while keeping the cards contained.

Each turn, a player will draw a tile from the deck (or box). If it is a pathway tile, place it on the board, starting in the upper left corner at the “start” square. However, if an ogre tile is revealed, it gets placed on the ogre track along the right-hand edge of the board. Then the turn passes to the next player. Players continue to draw tiles, adding them to the board until either the players win or the ogre does.

The pathway tiles come in three different patterns: straight, L-turn, and T-intersection. When laying path tiles, players must line them up so that at least one open path is aligned with another. When a path tile is placed on a square with a key, you take the key and place it on one of the key locations along the bottom edge of the board. Once three of the keys are collected, then race to the “end” square before the ogre gets there. It is possible to have several branching paths. You do not need to follow a single path throughout the game.

Players continue to draw and place tiles until either they successfully collect three keys and reach the end space, or enough ogre tiles are flipped that the ogre reaches the end space first.

Why You Should Play Race to the Treasure

True to the Peaceable Kingdom brand, Race to the Treasure offers a fun family gaming experience that promotes cooperation instead of competition. I have found that cooperative games are a great solution for bridging the age gap between kids, since we are all working towards a single goal. Playing by the rules, the game is not difficult to win, which is wonderful for boosting the confidence of little gamers. You would need to reveal nine ogre tiles (out of ten) to lose. And if you use the ogre snack to remove one, then you would need to flip all ten to lose. So unless you unluckily find all the ogre tiles early on, you will typically win.

That being said, it is easy to adjust the difficulty of this game. Some options include starting with a number of ogre tiles already on the board; removing the ogre snack from the game; requiring all four keys to be collected instead of only three in order to open the chest; or a combination of any of these. Being able to tweak the challenge level allows Race to the Treasure to stay relevant as your kids age.

I also appreciate that Race to the Treasure requires you to think ahead. On every turn, the player needs to make decisions as to where to place the pathway tile in order to create the most efficient path. With only three types of path tiles and a limited number of each, every tile placement is key. Create a path that weaves around the board and you could find yourself running short on the tiles that you need later in the game.

Like many cooperative games, Race to the Treasure can suffer from the alpha player, one person who directs all the other players how to place their tile. This might be an older sibling or even a parent, wanting to guarantee a win. I believe that it is important to allow the child to make their own choice in tile placement, even if you know it’s not a good choice. Over time, they will learn how to create the best route and this will prepare them for more complex games. Overall, Race to the Treasure is an exceptional gateway game for young kids that offers easy to grasp mechanics, great production quality, and most importantly, player choices that have consequences on game success. 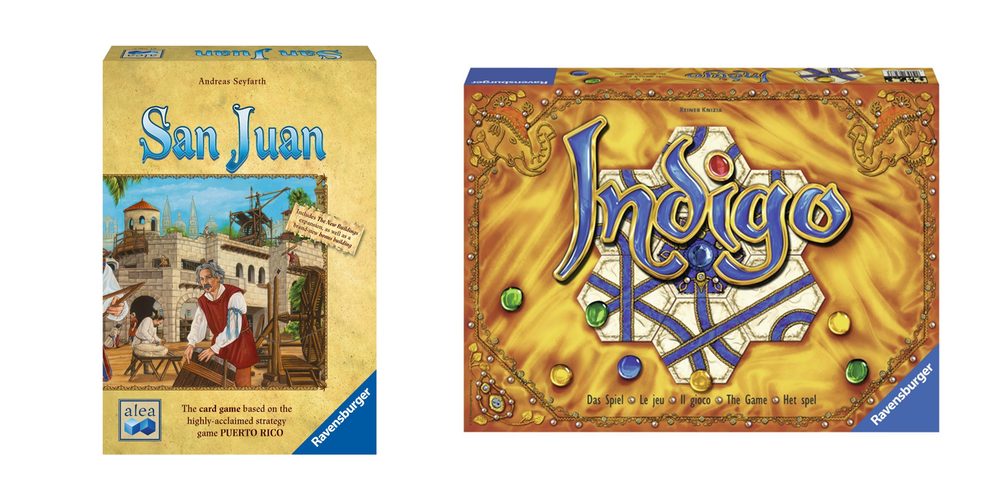 Game and Puzzles From Ravensburger on Sale Today!