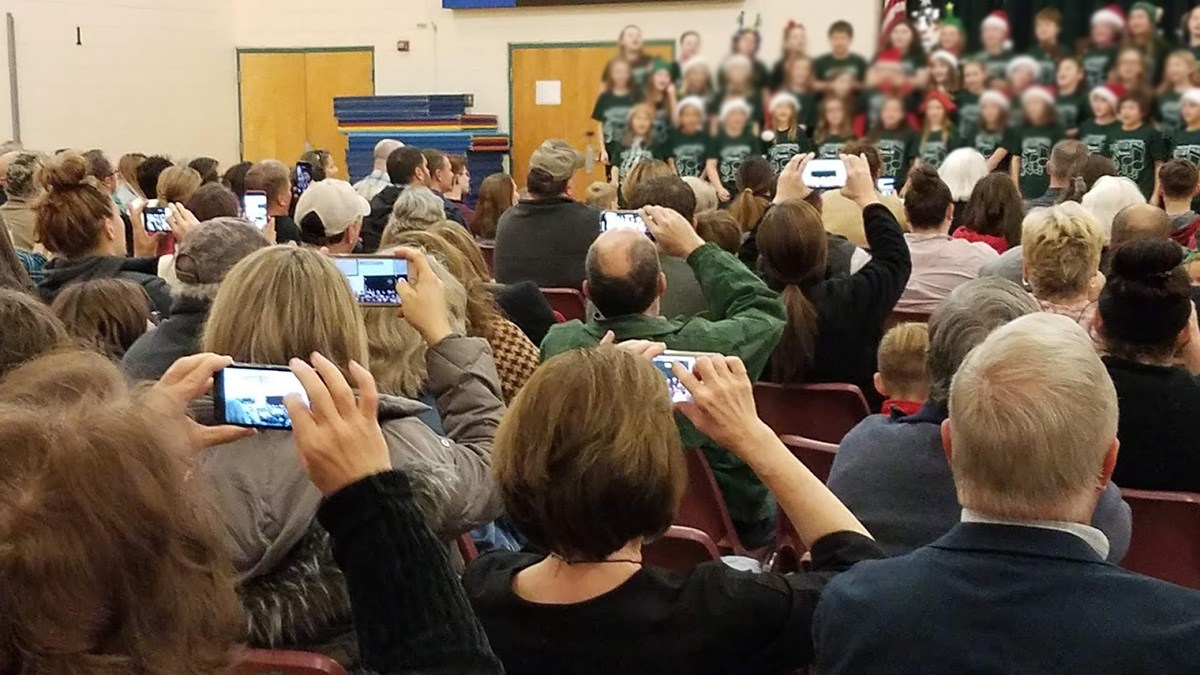 I have two daughters. One is in junior high and the other is in elementary school. That means December is a busy time of year for our family for activities. Between chorus concerts, piano recitals, and band concerts, we are pulled in multiple directions during most weeknights. Don’t get me wrong, we signed up for this and we certainly want to enjoy the hard work our children have put into whatever projects they’re doing. Unfortunately, at several events my wife and I were unable to fully enjoy the experience due to, you guessed it… phones.

A few nights ago at my daughter’s chorus concert, just as my 4th grader’s choir began to sing, nearly a dozen cell phones in my field of vision darted up obstructing my view and just stayed there. No, these weren’t quick snapshots nor video recordings of single songs. They stayed upright and sometimes completely overhead for the entire concert. I understand that parents want to capture their children’s precious moments the same as I do, but doing so with utter disregard for others is unsettling. Frustrated, I stood up from my seat that I was nestled in thirty minutes ahead of time and instead stood at the back of the auditorium for the entirety of the concert. I have no doubt that my focus was not on my daughter, but instead on the lack of courtesy shown by other parents.

I could rant for quite a while about people being attached to their smartphones and the lost art of living in the moment, but I’ll save that for another time. I understand that, especially as parents, we want to savor our kids’ accomplishments as they grow. I also understand the allure of social media and the ability to share these moments with friends and family members around the world. Therefore, instead of just moaning and complaining (as I did to my long-suffering wife on the aggravating night in question), I’m offering up some helpful suggestions and smartphone etiquette to ease parental headaches.

Be Aware of Your Surroundings

If you’re going to be snapping pictures or recording video, take a look around to see if you’re blocking someone. This sounds completely elementary, but this is smartphone etiquette 101 and you’d be surprised (or not) at how few people actually do this. Most of the folks I’ve spotted lately put their phones up at whatever height or position possible in order to capture that perfect shot with no regard to people behind or beside them. Ask folks behind you if they can still see if you hold up your phone? If not? Move.

Get Out of the Fray

While most parents were firmly planted in their seats, I only witnessed one thoughtful individual who squatted momentarily in the aisle to catch a child’s solo. When I moved harrumphing with indignity to the rear of the auditorium, I saw a vast wasteland of prime real estate that could have been used by recording parents that would have both been unobtrusive to other audience members and gotten a better quality shot too.

With advanced technology and cheap data storage at your fingertips, it’s tempting to try to record everything. But let’s be honest: how often are you going to go back and watch the entire 50-minute 4th grade chorus concert where your child is only one of over 50 other kids? A photo snapshot or a short recording should do enough to document the event and jump-start your memory down the road. You could even ask your child what their favorite song is and record just that one. This will allow your child to see their favorite part for themselves later and allow you to enjoy, in the moment, the rest of the concert. If your kid has a solo, though, by all means… go get that!

Organizers: Take Notice (and Some of the Burden)

Most of my frustrations could have been easily avoided if the event organizers (school administration in this instance) had done more before the event started to address this recurring problem. Here are some ideas that I hope become status quo:

I know this smartphone etiquette may seem very “get off my lawn,” but trust me, I want you to capture and enjoy your memories. I just want you to recognize that I want the same for me and my family as well. 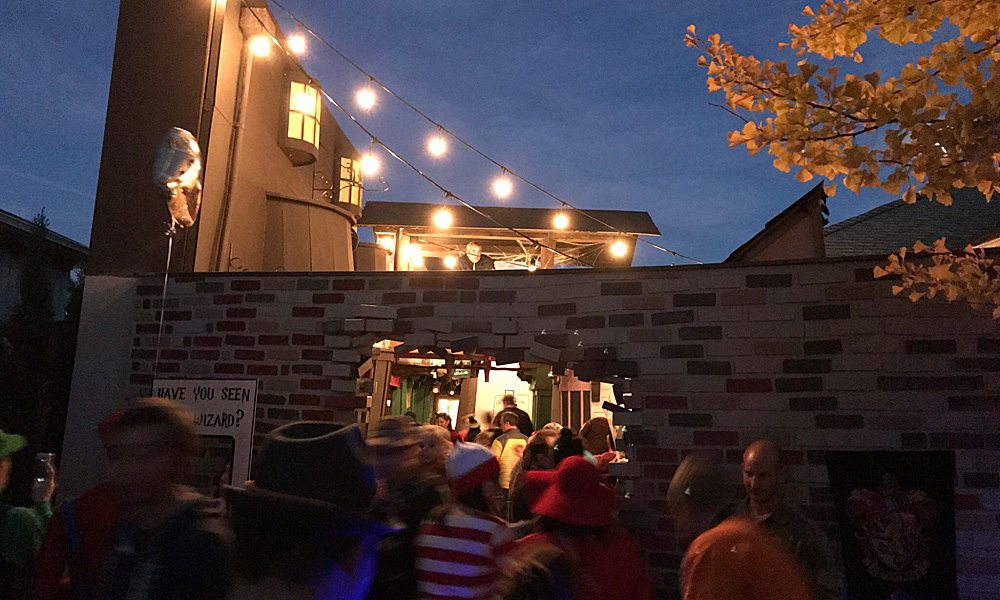 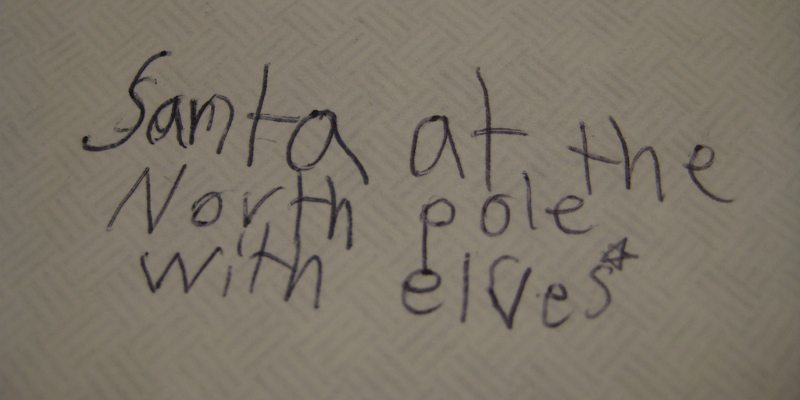