Ray: Rob Williams is wrapping up his run on Suicide Squad in three issues’ time, so his final arc, starting with Suicide Squad #48, is going to be devoted to taking all his dangling plot threads and tying them up. This issue, bringing back all the major players, kicks off in an intriguing way.

Amanda Waller wakes up in a top-secret prison, the captive of a mysterious villain who reveals that he’s operated on her to implant one of her own brain bombs – and he has an unknown guest coming to decide whether she lives or dies. From there, the series brings Rick Flag back into the fray as he visits the family of an old unit partner to try to help them, only to be turned away. Katana then recruits him to join the Waller rescue mission, and he’s reunited with Croc, Boomerang, Deadshot, and Harley – the latter of whom is less than happy to see him and definitely not interested in renewing the screwed-up relationship they had early in the run.

Most of the issue is a pretty well-done action segment, as the Suicide Squad enters enemy territory and gets shot out of the sky over Russia. The banter between the Squad members is entertaining enough, but it really drives home the problem with this run – every member of this team is an A-lister or tied up somewhere else.

It’s not so much a Suicide Squad as a team like the Thunderbolts, and that drives the stakes down. But Rick Flag is really the main character of the issue, and the whole story builds to when he finds out that Waller framed him for the deaths of his team and led to him being drafted to lead the Squad – and right after that discovery, he discovers that he’ll be the person in charge of determining Waller’s fate. It’s a tense issue, yeah, but a lot of the story feels built around the overly villainized characterization of Waller that’s been a problem for this series since the first issue. 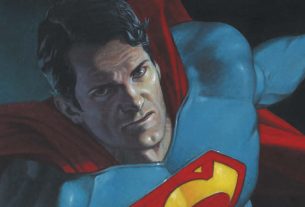