Ray: As Priest’s Deathstroke returns to the current era, his “Deathstroke: Arkham” story returns the title to its twisty noir roots in Deathstroke #37. Deathstroke has been locked up as part of a betrayal organized by Adaline and Wintergreen, and he’s found himself as part of an experimental new therapy program that pairs him with other Arkham inmates in virtual reality environments. Sometimes they’re fighting each other, sometimes they’re teaming up on missions. The big problem, though, is that Deathstroke is finding it harder and harder to figure out what’s real. The last issue ended with him being sucked up into a tractor beam by an alien invasion, and now he’s back in Arkham with no memory of what happened – and everyone telling him that the inmate he was with doesn’t exist. For an Arkham story, this book is doing something unique – it’s not just shining a light on the shadiness of the institution, it’s making you question who’s sane and who isn’t as you read it. Almost everyone here is an unreliable narrator.

And that doesn’t even just extend to the people in Arkham. The situation is only a little better for Deathstroke’s allies and family on the outside. Adaline and Wintergreen are both struggling with the implications of what they did to Slade – one of them rationalizing the choice based on his hopes for Slade and the other justifying it through her anger. Meanwhile, Jericho is impersonating his father in the IKON suit and Rose is still struggling to figure out if “Willow” is the product of her brain injury or an ancient spirit hitching a ride on her brain. The unique sibling dynamic between Rose and Joey has always been a highlight of this series, and it’s great to see their team-up this issue – even if it’s in a very unconventional way that only gets more so as the issue goes on. There’s one more twist at the end of the issue that I won’t spoil here because it’s one of the best head-takes I’ve ever seen in a comic book. I have no clue where Priest is going here, but it’s clear he has a lot more ideas and this run isn’t missing a beat after the Batman arc.

Corrina: It’s hard to discern where Priest is going with the plot. That’s a good thing because everything he writes engages the mind and pulls it into the “now” of the story. It takes close reading attention to parse what’s going on. That’s not because it’s confusing, it’s because the story has so many layers.

For one, I’m not even convinced Slade is even in Arkham. He thinks he is. We’ve seen evidence that he is. But we’ve also seen evidence of mind manipulation via virtual reality and the AI that is Wintergreen Past. Slade’s doctor seems off, with her crawling through the bowels of Arkham and offering to sleep with him. She could be just another weird doctor in Arkham. Or she could be part of a simulation that forces Slade to confront who he is and why he does what he does.

That’s what makes this arc so interesting: we may not trust the truth of Slade’s surroundings but it’s absolutely trustworthy in depicting Slade’s personality and emotions, such as the conversation about why Slade keeps working with children or young adults.

As for Joe and Rose, whoa, you’d think Wintergreen would be keeping an eye on that pair more than he is because between Rose worried she is possessed and Joe pretending to be his father, they’re a hot mess. (Note: it would be interesting to see Rose find a mystic who could give her an answer, one way or another, on the possession. Constantine would be a fun choice as a guest star.) 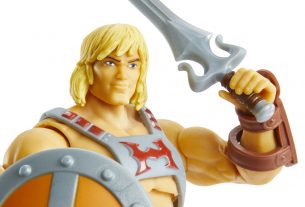