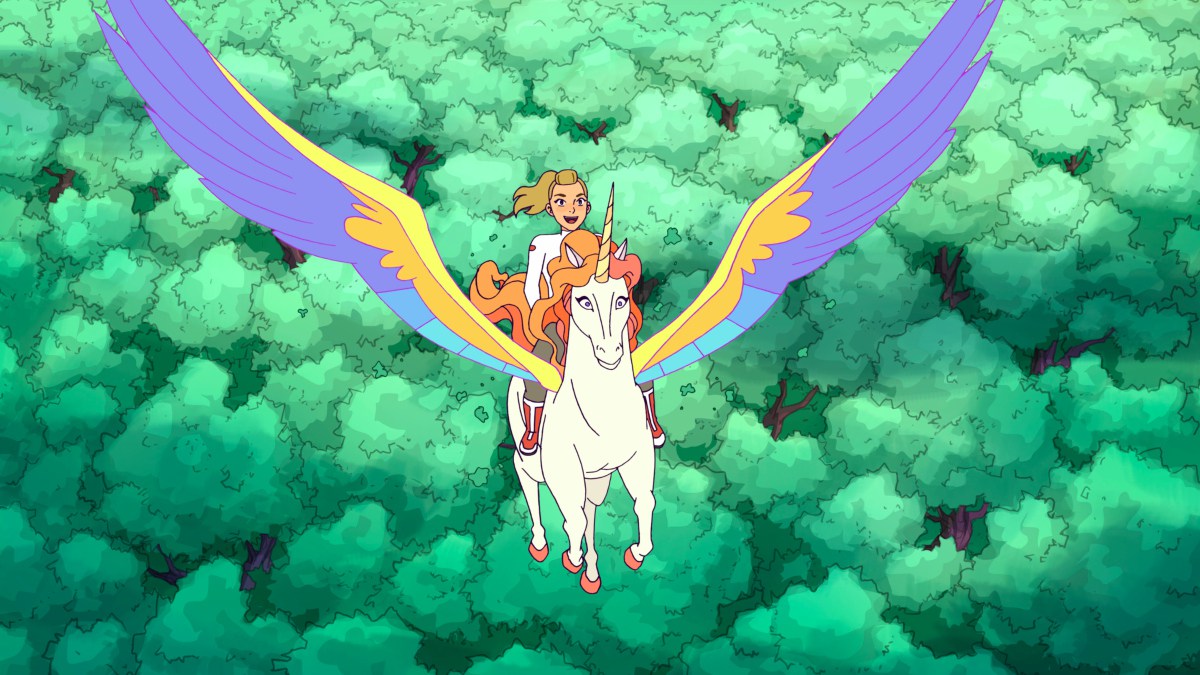 “I know change is scary, Glimmer, but you don’t get to take it out on me.” – Bow

Like every other 1980s She-Ra fan, I squeed with excitement upon learning Netflix was rebooting. Simultaneously, I approached the reboot with a strong level of skepticism. Owning that reboots (side eyeing you here, Charmed) don’t always live up to even low bars, I didn’t jump for joy over some changes we all saw in early previews. The Netflix She-Ra appeared to be some form of teenager rather than woman. The art reflected a more anime aesthetic than the muscularity of the 1980s heroine. And, well, change is bad, mmkay? The NYCC She-Ra interviews and panel offered the first glimmer (see what I did there?) of hope. However, after watching the Netflix-provided early screeners, I can wholeheartedly support She-Ra and the Princesses of Power.

Due to overwhelming fan excitement, Netflix decided to start streaming She-Ra and the Princesses of Power starting November 13th.

The Netflix She-Ra Does Right What the Original Did Wrong

Whether we 1980s nostalgia babies want to admit it or not, the original She-Ra cartoon was highly problematic. The original, a spin-off of the massively popular He-Man and the Masters of the Universe, spent the first five or so episodes focusing on He-Man and his alter ego, Prince Adam, mansplaining to the Horde Force Commander Adora all the reasons she’s wrong. When the magic sword explains to Adora that she’s Adam’s long-lost twin sister and princess of Eternia, the two partner to work on saving her home of Etheria before she finally decides to stay alone to protect it while Adam returns to his homeworld.

In the Netflix reboot, Force Captain Adora finds the Sword of Protection in the forest and accidentally turns herself into She-Ra, the long awaited princess of power. In other words, the agency that the character lacked in the original, she regains in the reboot. Particularly, Adora learns about the Horde’s militaristic and cruel tactics with her own eyes rather than being mansplained.

When I interviewed the cast of She-Ra, I had a particular focus. Raising young males today, the toxic masculinity in cartoons and other children’s shows continues to present stereotypes that undermine gender equality and reinforce binary gender representations.

Bow, who realizes in the first episode, “I’m the only one not a princess,” might actually be my favorite character. Why? He’s a non-powered, super enthusiastic, super-loyal, incredibly smart, fun, and funny character. He’s almost always the one who remains level-headed. He’s about as geeky as you can get. He’s kind. Moreover, he’s the symbol of how non-powered individuals can remain important to the resistance. He continually reminds the everyday people of Etheria that they can empower themselves even if they don’t have magical powers.

Moreover, Bow represents in children’s television something we see rarely. It’s not just that he’s less powered than the princesses, he’s a true ally. He listens to them but also partners with them. Adora’s upbringing makes her punch first, ask questions later. Glimmer focuses on trying to prove herself to her mother. Bow supports both of these characters but also partners with them. Even when he thinks they have a bad idea, he doesn’t stop them from going through with it. He just makes sure to be by their side if it fails, and, to be honest, in several cases their ideas do fail.

The Netflix She-Ra Presents a Variety of Female Characters

Each princess has her own individual power and a personality that ties to it. She-Ra, clearly, turns into a seven-foot she-hero. Glimmer teleports. Mermista turns into, well, a mermaid.

When Stevenson and the cast explained that the overarching theme of She-Ra and the Princesses of Power was the importance of working together, I assumed it would be the typical “everyone has a special gift to complement everyone else’s special gifts.” While this is true in part, the show also promotes learning from failures.

Despite every princess being endowed with a specific power, each also comes with an inherent weakness – often related to her power. For example, Adora’s weakness is choosing to lead with fists rather than brains. Glimmer’s weakness is overconfidence. Even curiosity becomes a character flaw. The flaws focus not on the existence of the characteristics but on their extremism. When a person defines herself or himself by a single trait—in the princesses’ cases, their powers—the trait inhibits the person.

By showing the ways in which power can also be considered a flaw, the ways in which the princesses each deal with this also defines them. Rather than relying on the standard trope of integrating strengths to form a unit, She-Ra and the Princesses of Power incorporates the even more valuable lesson that by working with others we can learn humility and grow by working with others.

OK, I get it. The two are totally different shows. I know. However, everything we loved about Buffy lives in She-Ra and the Princesses of Power. Even when I watched the trailers, my first thought upon seeing Adora training was that she looked like Buffy. Listening to the snappy conversations, I found myself flashing back to the 1990s.

There may not be vampires or horror in the show, but everything else we loved about Buffy in the 1990s lives in She-Ra.

Remember the humor we loved in Buffy? “If the apocalypse comes, beep me.” Many similar one-liners weave their way throughout She-Ra. The continuously sardonic, misanthropic Mermista, at one point, notes “That seems like a lot. *pauses and looks at others* But, you know me, I’m up for anything.” The wry tone within the context of the character’s generally disinterested personality reminds me a lot of Cordelia Chase. Throughout the show, these snappy witticisms in their own way define each character in a way that will appeal to many adult viewers.

Hero stories often create narratives focused on good versus evil. In the original She-Ra, Hordak and the Horde clearly personified the Cold War communism fears of the 1980s. While the Horde and Hordak remain the villains, those working for him are not de facto evil.

Catra, as Adora’s foil, remains a sympathetic character. As discussed during the interviews, the two characters exemplify different approaches to the Horde. Both orphans raised within the Horde’s empire, Adora’s morality drives her to fight The Horde once she learns Hordak and Shadow Weaver lied to her. Meanwhile, Catra takes Adora’s change of heart personally. She sees Adora’s revocation of The Horde as an assault on their friendship, rather than something driven by an internal belief system.

The difference between heroism and villainy, in this show, focuses on perspective. Heroes act based on their internal belief systems. Meanwhile, villains act based on their personal goals. By positioning heroism this way, the show redefines a narrative of good versus evil. Moreover, by focusing on perspectives rather than inherent traits, the narrative opens up the needed dialogue for children.

We have the power to affect change, but we must choose to readjust our perspectives and see the world differently.

While She-Ra focuses on friendship rather than romantic entanglements, the show provides fan fiction writers with a variety of hints for ‘shippers. The relationship between Scorpia, reminiscent of Gwedoline Christie’s Brienne of Tarth, and Catra is one example of two women whose relationship could easily be fan fictioned. Adora and Catra also have moments that hint at a potential romance for shippers. Meanwhile, Glimmer and Bow’s friendship could easily be shipped.

Meanwhile, and possibly even more importantly, costuming choices and character personalities throughout the season bend binary gender norms. Whether physically or intellectually, characters act outside of binary norms. Moreover, in several places, female-presenting characters dress in traditionally male styles while male-presenting characters often make presentation choices reminiscent of female clothing. For example, my 9-year-old loves Bow because, “he wears a crop top. He’s really super nice and funny. He expresses himself. Is he gender fluid?” I don’t know, kiddo, but I like the way you think. And I like the way the creators of She-Ra think.

I can’t presume to answer for you. In preparation for the new show, I rewatched the old one. Truthfully, the show offered very little narrative. As a kid growing up in the 1980s, perhaps I didn’t have the representation we have today. We may not have as much as we need, but we have more than we had in the 1980s.

So yes, the Netflix She-Ra and the Princesses of Power may have started with nostalgia, but it gives us all – girls, women, boys, men, and everyone else on the spectrum – something we didn’t have before.

Click through to read all of “Netflix’s ‘She-Ra and the Princesses of Power’: Not Just Nostalgia” at GeekMom.If you value content from GeekMom, please support us via Patreon or use this link to shop at Amazon. Thanks! 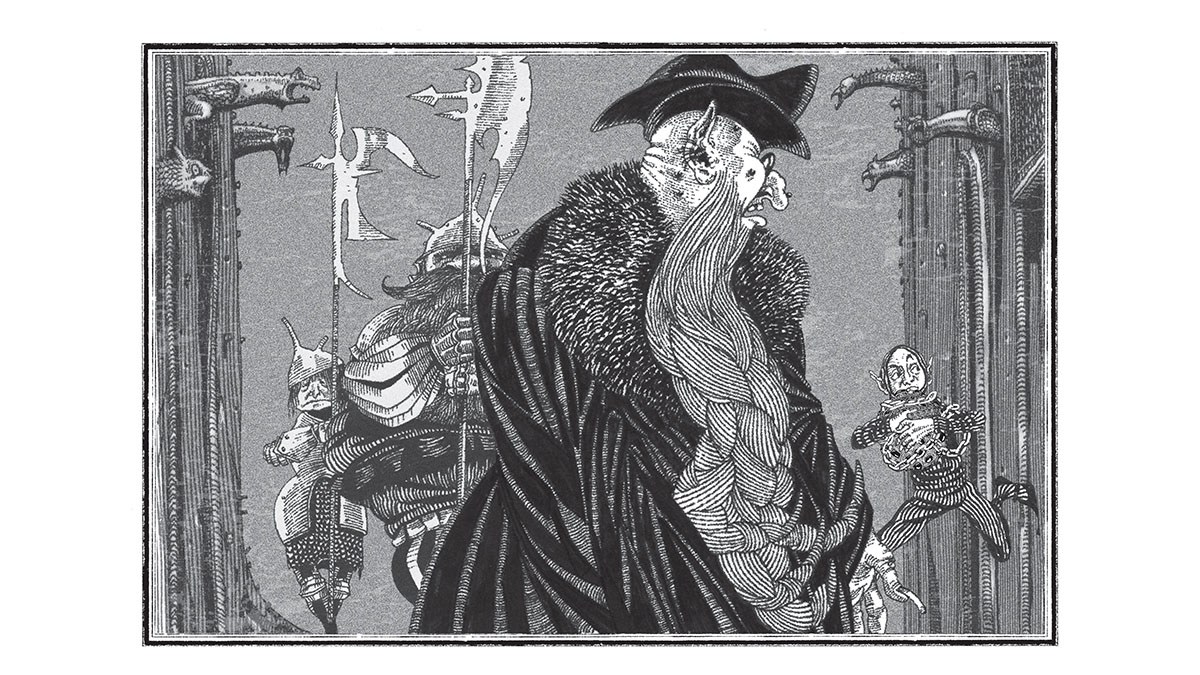