Ray: Brian Michael Bendis is making more and more of an impact on the DCU, with Action Comics heating up, Young Justice breaking the internet, and his creator-owned debuts getting a lot of attention.

Shame that his flagship book for now, Superman, is still the most disappointing. Bendis’ strength has never been in full-on action comics, so the widescreen alien action in this arc doesn’t really connect. That’s not to say Superman #4 doesn’t have some good going for it – it looks brilliant, thanks to Ivan Reis’ art team, and there’s a certain silly fun to Superman battling an alien army in the Phantom Zone complete with Rogol Zaar riding atop a giant space dragon. The first half of the issue moves very fast, spinning from one battle to another, with Earth still stuck in the zone and slowly deteriorating. It’s punctuated by a flashback scene between Superman and Jon, as Clark tries to help Jon deal with anger and frustration by talking about how Batman drives him nuts sometimes. The father-son stuff is nice, but Bendis’ Superman occasionally seems a bit too caustic.

As the battle rages and the clock continues to tick for Earth, Superman makes one last desperate gambit – talking to Rogol Zaar’s second-in-command Jax-Ur. While Zaar is clearly too far gone for anything, Jax-Ur is a brilliant but mad scientist who did believe he was doing the right thing for Krypton. Once he knows that Rogol Zaar is about genocide, not revenge, it stands to reason he might flip. The problem with this issue is that the whole crisis never quite clicked – the whole plot about Earth being trapped has only been good for some one-page Adam Strange gags – we get another great one this issue. But by the end of the issue, it’s resolved for good but with Superman left behind for a final showdown with Rogol Zaar. I’m hopeful that after this final fight, the series will be able to get more into Superman’s head rather than spending all the time smashing him against alien enemies. Bendis has proven he can write a fantastic Superman title – but it’s not this Superman title.

Corrina: Before I begin on the plot, I want to talk about how Reis and Prado managed to make me believe that Earth was truly trapped in the Phantom Zone. The ability to show Earth somehow to scale in the midst of human-size beings fighting in space shows just how brilliant their perspective is and their splash pages are eye-popping. These are artists at the top of their game, comfortable with the galactic scale of Superman #4.

Overall, there are some good moments in this issue, such as when we see Clark’s intelligence in pointing out to Jax-Ur that he’s fighting *for* someone who claims to have destroyed Krypton, gaining the needed seconds for Flash and Atom to put Earth back safely. But the whole situation feels unreal and not grounded in emotion. Yeah, Earth’s going to be put back, Superman won’t die, and the pacing doesn’t build up the suspense of how the Earth is shifted enough.

Then there’s Rogol Zaar, who remains as uninteresting as he’s been since his first appearance. (His ax has more personality in Supergirl.) Until Zaar improves or is gone, there’s going to be a black hole in the middle of this run. 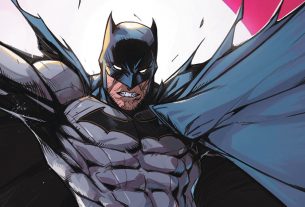 1 thought on “Review – Superman #4: War in the Phantom Zone”