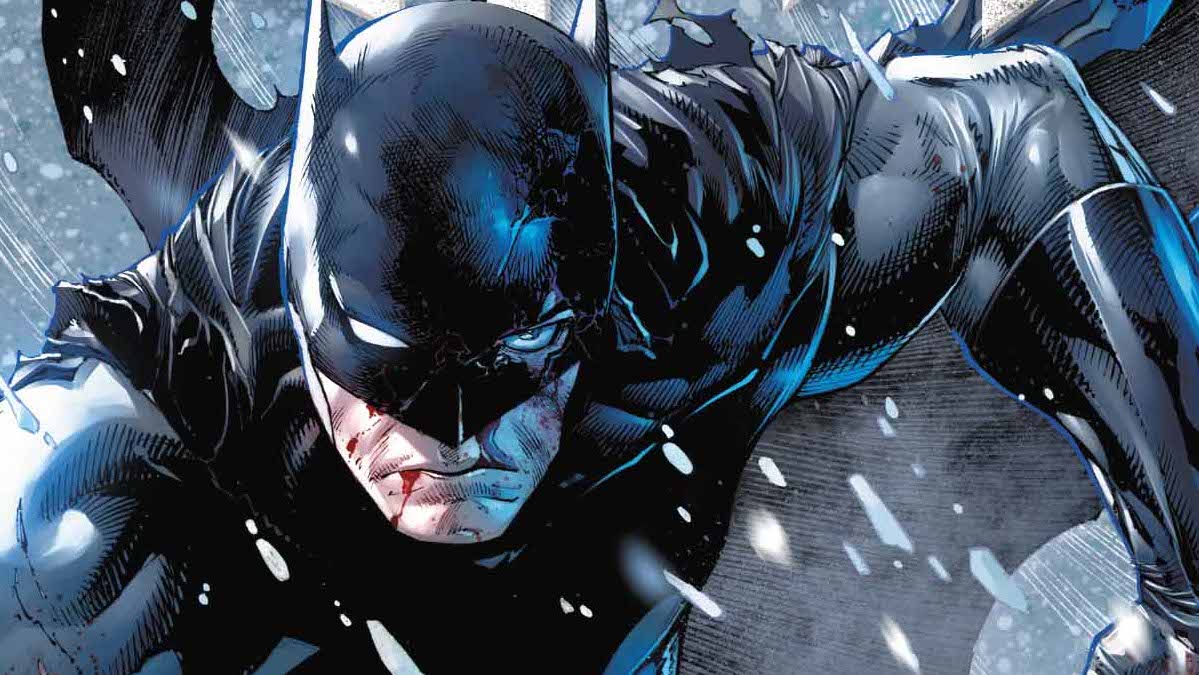 Corrina: Off the Rails

Ray: Tom King’s Batman run has been challenging and at times frustrating – an in-depth look at the twisted psyche of Bruce Wayne, broken in a tragedy as a boy and worsened ever since due to his wildly ill-advised coping mechanisms. Over the course of the series, Batman’s mental status has only worsened due to one tragedy and setback after another. But with Batman #57, the story takes a dark turn that makes King’s Batman come off just short of psychotic – and almost argues that Bruce Wayne was this way before his parents died. While this is a well-written and brilliantly illustrated issue, that’s more than enough to make it my least favorite issue of the series. The story, as King often likes to do, is split between two narratives. One is where we left off – Batman fighting his way through the Siberian wild to the isolated cabin of KG Beast’s father, where the villain who shot Nightwing is now the only person left alive. As soon as Batman arrives, a brutal and vicious battle begins.

Splitting the narrative is a folk tale by the famous artist of Fables, Mark Buckingham. With a framing device of a child asking to be told this story by their father, it’s a deeply disturbing tale involving four animals – a pig, a fox, a wolf, and a rabbit – on a trip to church when they fall down a hole. They’re forced to resort to an odd singing competition to determine who gets eaten each day until only one remains to slowly starve to death. When the issue starts, it appears that KG Beast is the one hearing this tale, but at the end of the issue, we see that it’s actually a young Bruce Wayne being told the story by his father – a story Bruce seems to be obsessed with. King seems to be creating a commonality between Bruce and Anatoli here, one that is borne out in the finale, when Bruce breaks his cardinal rule and uses a gun, then leaves a paralyzed KG Beast to die in the Siberian snow alone. This is a shocking violation of Bruce’s moral code, and is clearly intended by King to show how far he’s gone.

The problem is, I don’t quite buy it that he does this after surviving past tragedies like Jason’s death or Barbara’s shooting. It’s a deeply disturbing issue, yes, but not one that passes the smell test.

Corrina: This issue almost argues that Bruce was psychotic before his parents died, Ray?

It absolutely *says* outright that Bruce was psychotic before the murders in Crime Alley. More than that, it tosses Thomas Wayne onto the fire as well, because who but a psychotic father would ever read *that* fairy tale to their kid? I mean, c’mon. We’re not in an alternate reality here. This is Batman. This is basically akin to having made the Amazons rapists, murderers, and baby slavers, as the new 52 reboot did in Wonder Woman.

This is taking away an essential aspect of the character. (I could accept the evil Thomas Wayne in the Telltale Games Batman: Sins of the Father better than this one.) I guess mom is just as bad, right, because, like everyone else, King has forgotten Martha Wayne.

It also ignores that while Bruce has some bad coping methods, he also traditionally took in young traumatized kids and helped them grow, like Dick Grayson and Tim Drake, and he tried to help Jason, too. And the focus on Alfred lately in the Batman mythos means Batman *did* have a mentor and parent after Thomas and Martha died, meaning Alfred would have some role in steadying the boy.

Plus, Bruce is teaching his son Damian to use his skills to walk the path of the hero. How can Bruce be a role model for Damian if he’s always been psychotic and suicidal? (Also, it doesn’t say much for Selina that she walks away to leave him with his worst self, and her actions look crueler and crueler in retrospect but I blame that on the story creators, not the characters.)

I was kinda less bothered by Bruce walking away from KGBeast. I mean, we’ve seen him do that in Batman Begins. I was more bothered that he was calm and careful enough to outwit a New God last issue and, this issue, he simply rushes into gunshots. That was stupid and while Bruce is a ragey, he’s not stupid.

King’s Batman run has not, overall, been to my taste, and it’s showed what I feel are cracks in story and characterization before. This issue, however, the cracks split wide open. 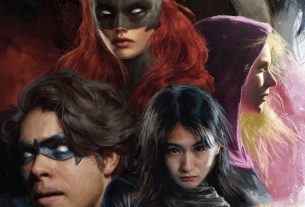 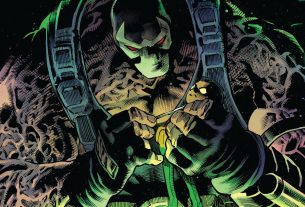