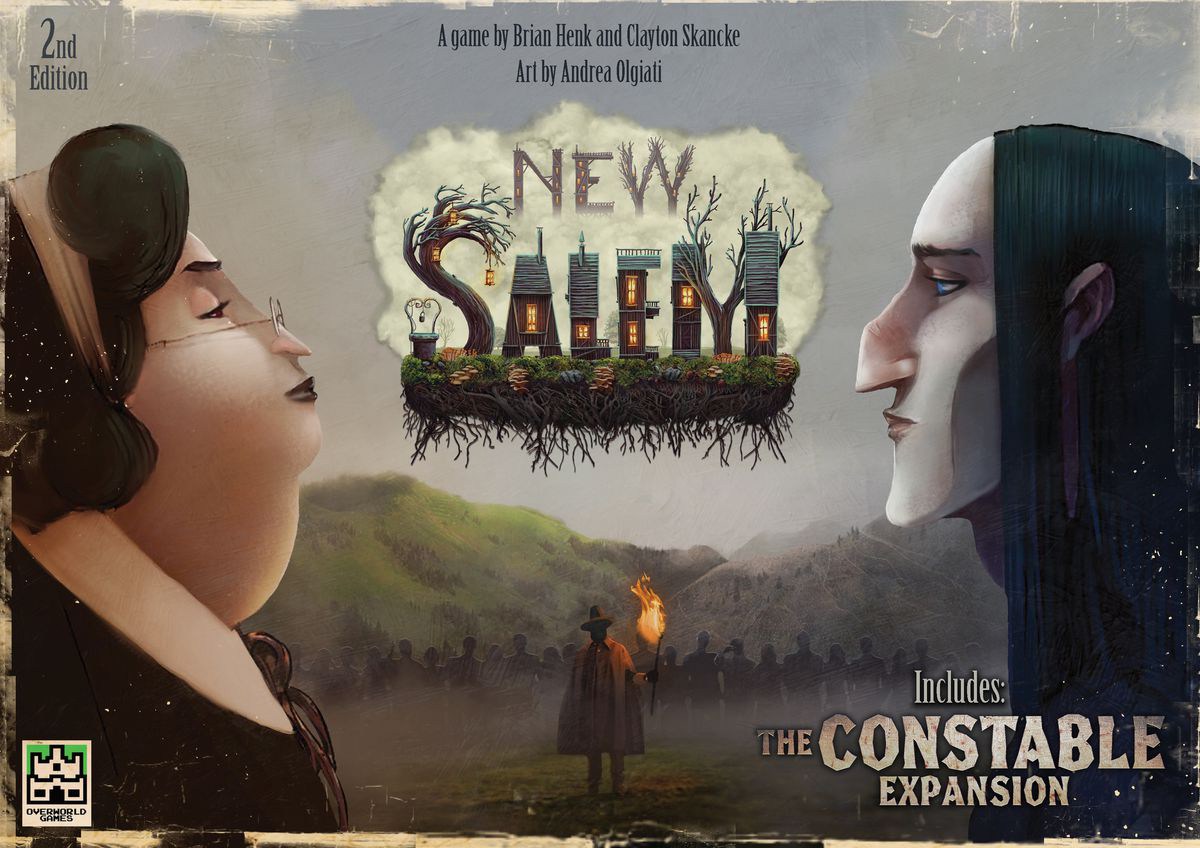 Fleeing the witches in that other New England town, you and a group of Puritans are building New Salem, free from witchcraft … at least, that’s what you hope.

What Is New Salem?

New Salem is a card-drafting, hidden role game for 3 to 8 players, ages 14 and up, and takes about 30–50 minutes to play. It’s currently seeking funding on Kickstarter, with a pledge level of $29 for a copy of the game. This Kickstarter campaign is for the second edition of the game, which includes the Constable expansion; if you already own the first edition, you can pledge for the expansion by itself (at $14). There are also pledge levels for a deluxe version. I think younger players should be able to handle the drafting and set collection aspects, and it’s up to you to decide whether you’re comfortable with the witch trial theme (or the building cards like the brothel, gallows, and black market).

Note: My review is based on a prototype copy, so it is subject to change and may not reflect final component quality, and artwork and graphic design is not final. Some of what you see in the photos is actually from the first edition (which has the white borders around the building tableaus); the building cards in the new edition have a full bleed and no border. One nice option is that if you have the first edition and get just the expansion, it will match the first edition design, so you don’t have to worry about the cards not matching each other (as they do in my prototype photos).

The constable standee is a cardboard construction made to look like a statue holding a torch; the final version won’t be quite as wide as the prototype, but it still makes for a pretty imposing figure on the table.

The buildings come in six different types; within each type, the three different buildings form a tableau when assembled. The artwork has a sort of sinister feel to it, which is appropriate for the theme.

How to Play New Salem

The goal of New Salem is to have the most points, which you get by completing sets of buildings and playing buildings that match your character. However, Puritan players may only win if the total Despair in the town stays below a certain threshold; otherwise, a witch player will win instead. Although there are two factions—Puritans and witches—players are competing for a solo victory.

First, character cards are distributed—there will be a certain number of Puritan and Witch cards included, based on the number of players. Since you always use more cards than there are players, you’ll never know exactly how many witches there are. With fewer players, there may not be a witch at all … but you may not know for sure until the end. (Basically in games with fewer players there may be up to two; with more players, there will be at least one but possibly up to three.)

You’ll sort out building and event cards according to the number of players, removing those that are for more players. Two event cards, Trial and Cleansing, are placed face-up on the table; the rest of the events are shuffled.

Place one badge per player into a supply, and then give the constable standee and a badge to the player who was most recently wrongfully accused.

Each of the five rounds, you deal out a certain number of buildings to each player (depending on the round). Then there’s a round of drafting—you choose one card from your hand, put it face-down in front of you, and pass the rest of your cards clockwise. The number of cards drafted each round also varies—the round counter cards remind you how many to deal and how many to draft.

After everyone’s chosen a card, they’re revealed. Place a hope or despair cube on the card as indicated by the card. There are also some buildings that allow you to remove despair from the town—you may remove one from any building belonging to any player.

For the last two cards you’re passed, you may either choose one to play and discard the other, or discard both cards and take your chances with a single card from the deck, which you must play.

After the drafting phase is complete, draw a new event and place it face-up. Then, the current constable may initiate an event by paying the cost, spending hope cubes and placing them back into the supply. Any number of players may give hope tokens to the constable player from their buildings. If the constable has enough hope to afford all of the events, then they must initiate an event. Otherwise, they may choose not to.

When an event is initiated, the constable then chooses a new player to be constable, giving them the standee, a badge from the supply, and a hope token from the supply. You may not choose somebody who already has a badge or is on Trial. (If all players now have badges or are on Trial, the badges are returned to the supply.) The new constable may also choose to initiate an event.

This phase continues until the current constable does not initiate an event. The round ends, and the building deck is reshuffled, and a new round begins.

Once the Trials and special buildings are resolved, you look at the chart to find out the despair threshold for the number of players you have. If there is enough despair, then the witch with the most Victory Points wins. Otherwise, the Puritan with the most Victory Points wins. And if there is more Despair than the threshold but there are no witches, then everyone loses, you selfish, uncooperative Puritans.

Why You Should Play New Salem

You can read my review of the base game from when it was on Kickstarter in 2014.

As I mentioned in my first review, New Salem mixes card-drafting with hidden roles, something that I still haven’t seen in too many games. The card-drafting is pretty simple, at least in part: you’re looking for buildings that match your character card so you’ll get bonus points, and if you can complete tableaus, even better! What complicates matters is that some buildings add or remove hope or despair when played—and often you’ll find yourself wanting to complete a tableau for the bonus points, even though it might add too much despair to the town. Do that too often, and you may find people accusing you of being a witch!

The new buildings in this expansion allow for some more tricky tactics. For instance, you might play the Sanctuary and the Cemetery, removing despair from the town to prove what a good Puritan you are … but if you complete the tableau with the Infirmary, you’ll get to add 3 despair back to the town at the end of the game. These two building sets give players some more plausible deniability, whether they’re witches or Puritans.

The constable balances out the events a little more, because in the base game you could give hope to anyone and they could trigger an event; now you have to be constable to trigger an event, but most of the time that means passing the constable to another player. (There are a few events that let you remain as constable.) Not only that, but the badges ensure that everyone (except for those on Trial) gets about the same number of turns being constable.

Speaking of the Trial—that’s one of the most powerful cards, because it means a player cannot become constable, and also that none of the buildings they play generate hope or despair. Playing it on the wrong player can cost your faction dearly, but it can be an effective tool to prevent despair from building up (or prevent those uppity Puritans from getting enough hope to trigger more events). The downside is that being put on Trial isn’t really fun—you feel like you can’t make much of a difference for the rest of the game (unless you get Pardoned).

I think the theme of the game is nicely portrayed by the game’s mechanics. In general, it should be pretty easy for the Puritans to build a town that doesn’t fall to despair if they worked together. They could avoid playing buildings that added despair, or make sure to pass cards to help complete tableaus that will remove more despair at the end of the game. They could give hope to constables to trigger hopeful events. Of course, the problem is that the Puritans are also selfish: each player is trying to get the most points, which means completing tableaus, which means adding despair. You might hate-draft cards so that other players can’t finish their tableaus. In the end, it’s pretty easy for New Salem to fall into wild accusations and despair … even if there weren’t any witches at all!

New Salem was a solid drafting game with some clever twists, and the Constable expansion adds some depth to the strategy and mind games. If you like hidden role games but prefer a little more information to work with rather than “that player looked at me funny!” you should try your hand at building (or destroying) New Salem.

For more information or to make a pledge, visit the New Salem Kickstarter page! 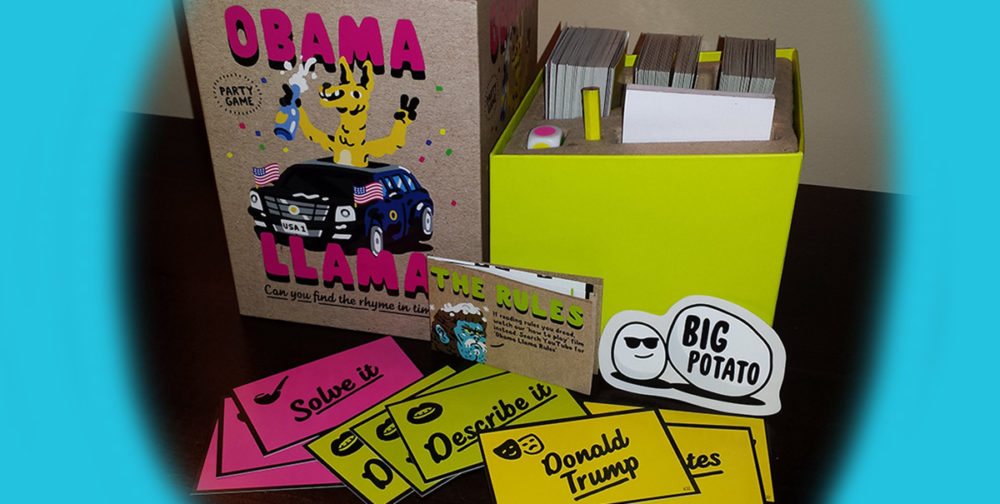 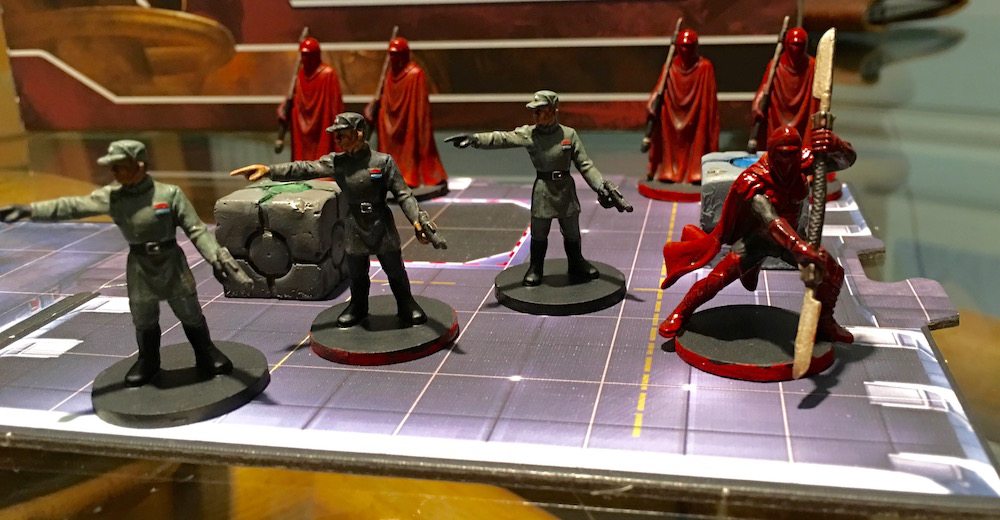