Session 74: Strahd in an Elevator

Gimble Timbers ran towards Strahd, Sun-Sword raised. He struck the vampire. Strahd let out a mighty howl and, seeing that the tide had turned against him, his ghouls defeated, he began to sink silently through the floor. Gimble struck out again only for his blade to cut through the air above the ground where Strahd had just stood. Strahd had been swallowed by the castle and escaped to lick his wounds.

Session 74 in our ongoing Curse of Strahd

Dungeons & Dragons game happened last night and after two weeks of live games we went back to the comfort of the internet as we continued our exploration of Castle Ravenloft. It was a two-and-a-half-hour session last night which covered the space of roughly one minute of game time. Most of that was spent in an elevator with half our party unconscious.

Our heroes have been trapped in vampire-and-zombie-infested Baroiva and are desperate to escape. They have been corrupted by their exposure to the evils herein and arrived at Castle Ravenloft with the intention of defeating its owner, Strahd Von Zarovich, thus winning their freedom.

Last session, armed with the Sun-Sword, a legendary weapon with its own personality and history connected to the dreaded vampire, and with the knowledge of how to defeat Strahd, they fought him and his manservant Rahadin in the basement of the castle. Wisely he ran from the encounter and left the party hurt and in need of a long rest.

Baräsh turned to Rahadin. His face was dripping with blood and his ears still ringing with the sound of a thousand dying screams. But the dusk elf was nowhere to be seen. Had he vanished like his master? Baräsh couldn’t tell, but he didn’t have time to dwell on it. Ireena was still trapped under the broken table and in serious need of healing. As were the rest of the party.

The session began with us re-grouping after the Strahd encounter. A quick round of mass healing from Ireena and Baräsh meant we could go on. We were still hurt and low on resources, but we knew we had to catch Strahd quick.

All the way to the stairway honey

We had briefly explored this room prior to fighting Strahd and knew that there was a stairway that led down at the end of the corridor. So that’s where we headed. Our DM asked for our marching order. Gimble was in front, then Baräsh and Victor, then Ireena, Brundle, and Kosef.

We decided not to bother with stealth and sneaking around anymore—after last session Strahd definitely knew we were here. Perhaps we could had benefited from a little more caution, as we were about to discover.

As we neared the stairway there was a clinking under foot as Gimble and Baräsh stepped onto a large flagstone. Suddenly, metal bars shot down from the ceiling, trapping them alongside Victor and Ireena. They were in some sort of cage. As they tried to move, two steel portcullises shot down, separating them from the rest of the party. There was a “clunk” followed by a deep whooshing sound as the cage rose up and up and up, ascending high into the castle, just as an enormous stone ballast began to hurtle down towards the floor.

The ascending quartet had to roll constitution saving throws as the elevator cage they were in filled with smoke and noxious gas. Baräsh, Ireena, and Victor failed and they all fell unconscious. This left only Gimble Timbers awake to try to save them.

This was an unusual situation for us. Normally rolling for initiative is associated with fighting monsters, but here we knew we would only have a couple of rounds until the elevator crashed into the ceiling crushing everyone inside. This was tense.

Ireena, Baräsh, and Victor were unconscious, so it would be up to Kosef, Brundle, and Gimble to save them. Somehow.

Kosef went first. An intelligence check of 19 would help assess the situation. He looked up into the shaft where the lift was hurtling upwards and could see the giant granite block descending. At this point the cage was 40 feet in the air and the block 120 feet and falling. Somehow we had to stop or slow the descent of the block. But before Kosef could act, his time was up.

Brundle went next. He cast Entangle on the block, hoping this would slow it down. Thick thorny vines grew out of the wall and covered the descending cube. This briefly slowed the descent as the granite block jammed for a moment as it fell. But it was too heavy and smashed through the brambles and continued towards the floor.

As the granite block fell, the cage rose up. It was Gimble’s turn and the lift had now risen 80 feet. Just as the counterweight was passing the cage, the gnome tossed one end of his double-ended grappling hook to catch onto the chains. It hooked and quickly the rope pulled taut. Just as it was about the snap the block slowed down. Gimble cheered, thinking his quick thinking had paid off.

Of course, the real reason the block had slowed wasn’t Gimble’s rope. As the gnome was quickly tying his knots, Kosef was on the floor running through the spells he could cast that might help: Magic Missile. No. Ice Knife. No. Grease. Definitely not. Featherfall. Yes! And as he cast the spell the block slowed down to 60 feet per round. This would buy us a bit more time.

Lovin’ it up ‘til I hit the ground

With the block slowed, Brundle re-cast Entangle and more vines grabbed and grasped at the granite cube. This held it in place just long enough for Gimble to wake Baräsh, Ireena, and Victor. However, the elevator cage was still rising and we had no way of knowing what would happen when it reached the top.

Meanwhile on the ground, Kosef and Brundle could do no more to help, so they decided to run up to find them on the higher floors. Last session, during the fight with Strahd, Victor had managed to animate a zombie called Silas. We knew Silas was magically linked to Victor so we decided to use him as an alarm system. If Silas suddenly fell to the ground motionless, this would tell us that something had happened to Victor. So grabbing the zombie—he didn’t follow our commands so we carried him—we raced up the stairs to see if we could work out where the elevator shaft led.

In the cage—now 250 feet up—Ireena and Baräsh tried to smash and then pray their way out as Gimble and Victor looked around dumbly. Neither approach worked. So they used healing spells to bring them all up to full health and braced for impact. The healing was just in time.

The cage—still traveling at 60 feet per round—slammed heavily against the hard ceiling. Everyone failed their dexterity saving throw and took 25 points of bludgeoning damage and the elevator was left hanging suspended at the top of the shaft.

Halfway up the first flight of stairs, Kosef and Brundle heard an almighty crash. Indication that the elevator has reached its final destination. Silas did not immediately fall lifeless to the floor which suggested that Victor at least had survived the impact.

They carried on up the stairs, hoping to meet the elevator somewhere along the way. Two more flights of stairs and a dark twisting corridor later, they were thoroughly lost.

Meanwhile in the elevator cage dangling 250 feet in the air, Baräsh and Gimble were trying to work out how to escape. Baräsh could Misty Step (teleport) out, but couldn’t take anyone with him. Victor suggested he and Baräsh use Dimension Door (another teleport spell), but the dragonborn refused. So Victor took Gimble instead. He teleported them back to the ossuary where they had fought Strahd.

Just as they vanished, a specter glided into the metal cage and began attacking Ireena. Baräsh was able to fight it off, but it cost valuable resources to do so. After the attack, Baräsh and Ireena were still trapped in the elevator with no idea of how to escape.

The adventurers were separated. Three groups split up in different areas of the uncanny castle. No form of contact or sending for help. In their metal cage high above the floor, Baräsh and Ireena knelt down to pray, whilst Gimble and Victor searched through the basements, and Kosef and Brundle dashed up to the castle’s heights. Eventually they came to a dark room, full of cobwebs and mysterious alcoves. Brundle went to investigate. He could make out a vaguely person-like shape masked in shadow. The shape began to twist and writhe. Its surface wriggled and crawled like a mass of rats dancing and scuttling over one another. As Brundle’s vision adjusted, it seemed to pulse with life, twitching. It was rats. Hundreds of them. The rodent pile lurched towards him. He screamed. END

A split party again! This does not bode well for us. Especially seeing as we are all suffering from low health and limited resources. Strahd could pick us off one by one.

DM Tip: Sometimes players get themselves into sticky situations that require a little bit of assistance to get out of. Not only did we already know there was a trap in the corridor with the elevator, but we also ignored a number of obvious chances to get ourselves out of trouble. Thankfully our DM is benevolent, kind, and loving (and reads this blog) and was willing to help us think our way out. According to the campaign book, if unaffected, the elevator travels at 170 feet per six seconds, which would have given us one round to escape or be crushed. What’s more, 25 points of bludgeoning damage is only one-third of the total damage taken if the elevator isn’t slowed. So our DM really was being generous in letting us survive. Although it would have been a bit of an anticlimax to have gotten this far in the story only to then die in an elevator.

Player Tip: Don’t try too hard to outsmart your DM with physics. Just because Google tells you that a 10 foot cube of granite weighs 762kg, that doesn’t mean you should challenge them when the campaign book says it’s thousands of tons. After all, Dungeons & Dragons is a world suffused with magic and different physics from the ones you may know at home. It is, however, interesting to note that a 10 foot cube of granite has the same volume as 57,450 standard US teaspoons.

Next week, hopefully our party can re-group before we face Strahd again. Maybe even have a long rejuvenating rest. Or, more likely, we will all be killed by rats, bones, and falling. 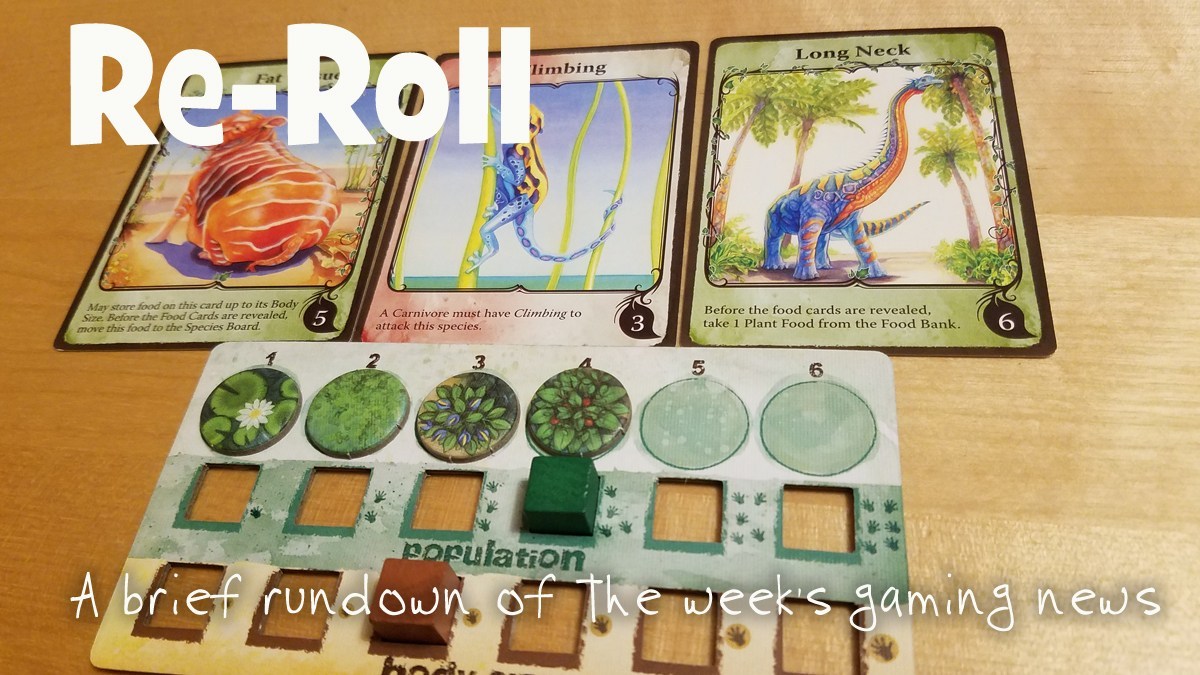 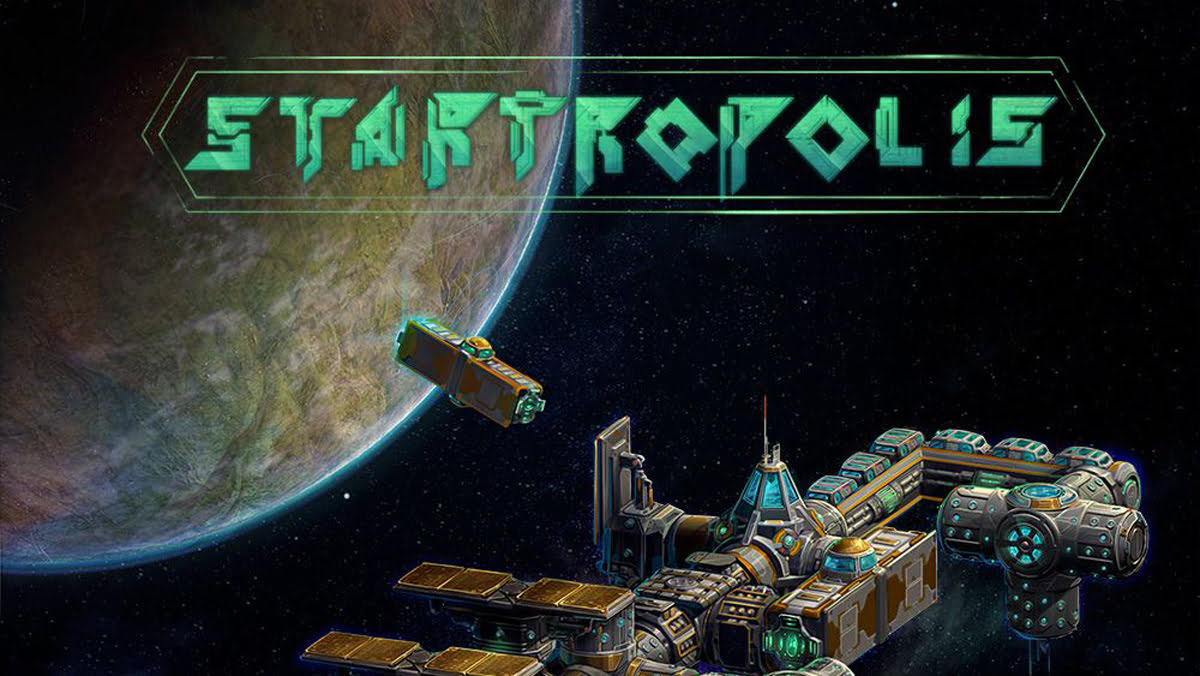