Corrina: What the Heck Is That Ax?

Ray: Two issues in, it’s clear that the best title dealing with the status quo of the Bendis takeover of the Superman universe is…the book not written by Bendis. Mark Andreyko has done a great job of centering Supergirl’s title around her trauma over the destruction of Krypton – still fresh and painful for her, unlike Superman’s more distanced experience – and that pain has sent her to space in search of answers from the Green Lantern Corps. She and Krypto are on a relaxed mission to Mogo, with Krypto already looking forward to rolling around in the native Flora. Then Rogol Zaar’s bizarre axe starts malfunctioning and destroys the ship, leading to a confrontation with the Green Lantern Corps – namely John Stewart, Kyle Rayner, and Squirrel Lantern B’dg. If you think this title doesn’t get the most out of Krypto meeting a squirrel Lantern, think again. There’s some brief misunderstandings, but eventually the Lanterns agree to escort Kara to the archives to search for information. What they don’t know is that she doesn’t intend for her search to end at the declassified materials.

I’m not sure if the archivist, C’zal, is a new character or not but he’s very entertaining. A twitchy little bug-like critter who holds all the history of the Green Lantern Corps in his lair, he’s alternately ugly and endearing. Kevin Maguire’s art deserves a lot of the credit for how well this issue works – he has a light touch that is exceptional at doing facial expressions. His Kara is attractive, yes, but never in the ridiculous bombshell way that too many artists fall into. She looks like a teenage girl with all the gamut of emotions that one would experience. And I want a plush toy of Maguire’s B’dg. Kara’s scheme is eventually discovered, Rogol Zaar’s axe continues to go haywire and endanger the archives, and a big battle eventually ensues.

By the time Kara arrives at the center of the archives and encounters the mysterious Appa Ali Apsa, it’s clear that Andreyko’s working a slow burn to unveil the truth behind Rogol Zaar’s deadly mission. I don’t mind, because it doesn’t feel like this story is really about the truth. It’s about Kara’s journey of discovery, and I’m definitely along for the ride.

Corrina: The opening is interesting, as Kara asks herself the same question about Rogol Zaar’s motivations that I’ve asked myself the entire time I’ve been reading about him: what is his motivation? Kara can’t suss that out and neither can I.

I love that she’s in space on a journey of discovery, I love every bit of her attempting to sort out what the ax is and why it does what it does, though I have to wonder why she’s not more concerned about how dangerous it is.

What I didn’t enjoy was Kara’s deception in the face of the Green Lantern Corps. Would they be hostile if she said she wanted to find out if Krypton was truly an accident or a mass murder? That seems like something the Corps would also like to know, given Zaar is technically under their jurisdiction.

But the ending is intriguing, with Kara being transported away. Part of me wonders if the ax is a deep cut and becomes Persuader’s atomic ax. 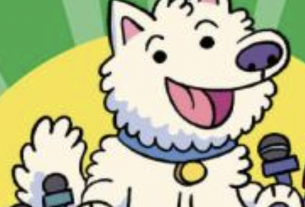