Ray: In contrast to Damage, New Challengers is almost overwhelming with the amount of plot it is trying to pack into a six-issue miniseries. Spinning directly out of the events of Dark Nights: Metal and co-written by event mastermind Scott Snyder, this comic pits its motley crew of undead heroes against the Dark Multiverse – and has been confronting them with hideous specters of both their own teammates and their boss Prof. The reason behind these undead monsters is finally revealed this issue, as the team takes on their true arch-nemesis. The opening segment shows how this evil doppelganger of Prof gained his power and just how far he’s willing to go to keep it. And did I mention that the fight is taking place on the skull of a giant celestial skeleton? It’s that kind of book.

As the evil Bethany hungers for her team’s energy, they quickly dispatch her and discover just how much things have gone to hell since they’ve been gone.

Flashbacks show the final battle of the original Challengers before the events of Metal, and how Prof wound up surviving and becoming dependent on the energy from the Dark Multiverse. As the New Challengers face off against the two versions of their mentor, the issue becomes a bit confusing – how many Profs are there? – but Snyder’s plotting and Gillespie’s dialogue are tight. This issue has the vibe of a Morrison book, but without the overwhelming continuity that sometimes bogs it down. It’s a sometimes gruesome weird-science book that has shades of the acclaimed Black Science on occasion, although I wish it had gotten to be an ongoing series like originally planned. By the time of the penultimate issue we’ve only gotten to spend a few moments with each of the characters individually, so sometimes they feel more like character types than fully fleshed-out characters. Still, this is a compelling adventure comic that effectively fuses the new and the old.

Corrina: Yes, I also was lost on how many Profs there are.

This book does have the vibe of a Morrison story, which can be as confusing as this series has been so far. But the saving grace of Morrison, at least in his best stories, is the focus on character. All-Star Superman featured so many cosmic moments. It also featured Superman talking a young girl out of suicide. Final Crisis had a zillion Monitors and it was impossible to track all the versions. It also had Superman, full of hope, singing the world back to life.

The crazy concepts in New Challengers #5 are great. But we’re only at issue #5, we’ve got several teams of Challengers, numerous versions of the Professor, and we haven’t spent enough time with the core team to get a solid sense of who they are and what they mean to each other. The earlier issues spotlighting two of the team helped, and they have a good reason-survival–to stick together but the big, crazy stuff is happening too fast.

I’d love for this title to continue. But right now, I’m not sure I can remember a single character’s name, aside from Prof, once I put the book down. And that’s a problem. 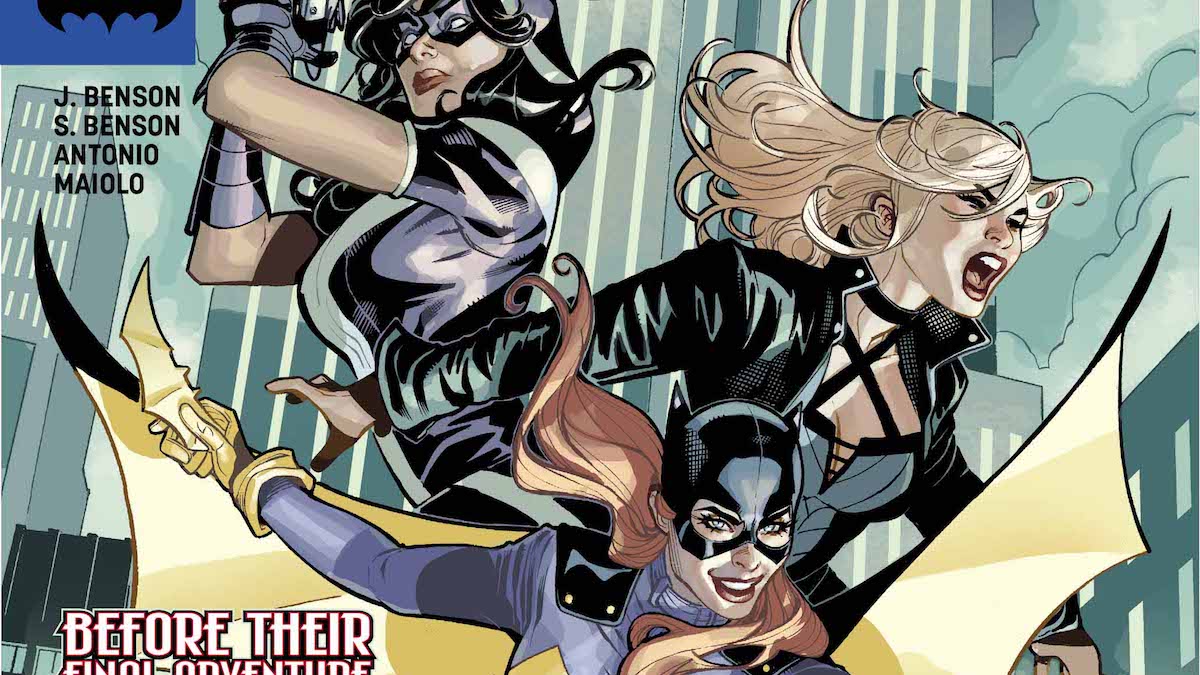 Review – Batgirl and the Birds of Prey #22: We’re All Oracle