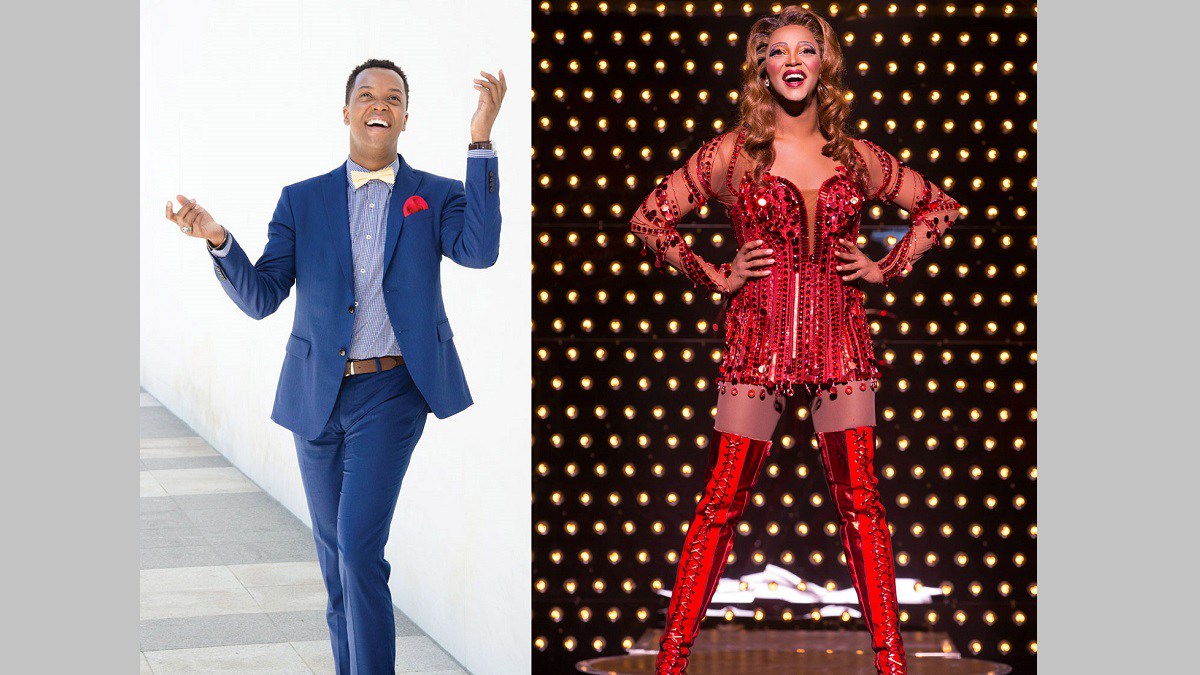 When I was just a kid,
Everything I did
Was to be like him.

Parenting is hard. Anyone who says otherwise either isn’t a parent or isn’t doing it right. There are no easy answers, and there’s no manual we can follow that provides infinite wisdom and solutions to every conceivable problem. Often, we’re just doing our best to make it look like we aren’t totally making it all up as we go along (which we totally are).

My oldest is a girl, and when my wife and I found out that our second was going to be a boy, there was no shortage of people telling us how different they would be. “Sure,” we thought. “How different could boys and girls possibly be?”

Turns out, by quite a lot. But that’s a subject for another time.

How do we prepare our kids for a world we can’t even anticipate?

And what does that have to do with the difference between boys and girls? In 2018, there’s a lot of discussion (and rightfully so) about raising powerful young women who aren’t defined by the men in their lives. Who are independent and possess the courage to speak up and fight for their voice.

What’s less often discussed is the necessity of raising powerful young men whose strength isn’t defined by their muscles, authority, or “masculinity” but by their capacity for empathy, love, and respect for others.

We can’t simply teach women to be self-reliant queens who recognize their worth without teaching men to recognize and value the same thing. As a father, I know that a HUGE part of having a son is raising him to be respectful, open-minded, and accepting. In short, to be a decent human being and not an a-hole.

Despite our best intentions, the truth is that many fathers end up raising their sons to meet an outdated model of “manliness” that doesn’t do them any favors. It makes sense since it’s how many of us were raised. However, by blindly turning our boys into men in this way, we perpetuate the often-damaging “ideal” of manhood that’s characterized by being stoic, aggressive, and unemotional.

Or, to the extreme, we sow the seeds for misogynist monsters who prey on women and bully men who don’t meet the “ideal” they were shown.

In popular media, dads are often portrayed as either bumbling idiots or emotionally distant, judgmental rocks. We see men who have strained or nonexistent relationships with their fathers. This is slowly changing, sure, but more often than not, we see plenty of failed fathers and sons who have no interest in reconciliation. And we have no idea why.

But sometimes, every so often, we see something else. And sometimes that happens in unexpected places and catches us—pleasantly—by surprise.

For me, that happened recently with the Broadway musical Kinky Boots. If you’re unfamiliar, Kinky Boots is based on a 2005 film of the same name (which in turn was based on a 1999 documentary), was written by Cyndi Lauper and Harvey Fierstein, and debuted on Broadway in 2013. It went on to receive 13 Tony Award nominations that year, and it ultimately won 6, including Best Musical and Best Score.

Kinky Boots tells the story of Charlie Price, who has just inherited his father’s shoe factory, and a chance encounter with Lola—a drag queen—that changes his life. To save the dying factory, Charlie and Lola team up to change the product and target a niche audience. They start making specially designed high-heeled, thigh-high “kinky boots” for the drag community.

The show is about so many things—acceptance, empathy, dignity, and the freedom to be yourself—but there’s also an underlying theme of fatherhood and unmet expectations that form the backbone of the show and defines the two main characters.

Charlie is living in the shadow of his father’s success and expectations for him, even though he has no interest in running a shoe factory. And Lola is constantly aware that she steered clear off the course her father had. She most definitely hasn’t lived up to his expectations (which was to be a boxer).

This dynamic is driven home in the emotional “Not My Father’s Son.”

Inspired by the father-son relationships depicted in Kinky Boots, psychologist Dr. Ronald Levant (of the University of Akron) and colleagues actually studied this issue in depth. In an analysis of more than 650 participants, they assessed men’s recollections of their fathers’ expectations for their own masculinity, including expectations that they conform to traditional masculine norms and the overall rigidity of those expectations.

In short, the expectations we have (and make known) for our sons as children plant deep psychological roots that eventually flower into a defining feature of their adult lives.

I talked to J. Harrison Ghee, who is currently playing Lola on Broadway, about this very thing. Ghee’s real life has more than a few parallels with Lola’s, and every performance is a bit like therapy. Off the Kinky Boots stage, Ghee is a drag performer (as Crystal Demure) who grew up in a conservative southern family. His father is a pastor (and Ph.D.) in North Carolina who valued structure and faith above all else.

“I don’t believe that my father understood who I was as a child,” Ghee confessed. “To him, I was this outgoing, outspoken, rambunctious little guy who questioned everything. And for my father, growing up in the South, you don’t question your parents. You don’t question what you’re told to do; you just do it and respect it. And there wasn’t any disrespect, but my perspective has always been, ‘If something doesn’t make sense, I’m going to ask questions.’ It took him a while to understand who his child was.”

Ghee is acutely aware of how his own personal relationship with his father adds to his performance as Lola. “I’m starting to identify things in my past, my childhood, and my upbringing that affect me today and how I respond to life and different situations because of my parents. That parental figure in everyone’s life is very important. It affects how you react to life. My personal connection to the show and with my father and our journey—the show has helped us in so many ways.”

Like so many others, Ghee was nervous about his father’s acceptance—as a gay man, as a drag performer, and as a human—but nonetheless craved it. Just like Lola. Just like all of us.

I asked Ghee what Kinky Boots means to him personally, and he didn’t miss a beat: “It’s about love and acceptance on every level. We all want to be accepted for who we are, and we’re just searching to be our best selves. Kinky Boots is a show that teaches you to do that and that it’s OK.

“Kinky Boots, on so many levels, starts conversations that need to be had.”

And for Ghee, the most important conversations were those with his own dad. “We sat down the night before he saw the show, and he said, ‘So this drag thing… What’s this about?’ And I explained to him how drag is a creative art form, and I get to express myself and connect to people through that art. In my own way, I am ministering to people and changing lives… We’re in such a wonderful place now.”

Ultimately, the message of Kinky Boots, the biggest lesson Ghee has learned from his own father, and the example I strive to set for my own son are one and the same: Work hard and be about something.

It’s time to break down the time-worn and damaging popular image of masculinity. It’s an artificial construct that is an anachronism in 2018 and is only hurting our boys. Our sons deserve more from us, and we need to do better by them.

1 thought on “Work Hard and Be About Something: Fatherhood, Masculinity, and ‘Kinky Boots’”