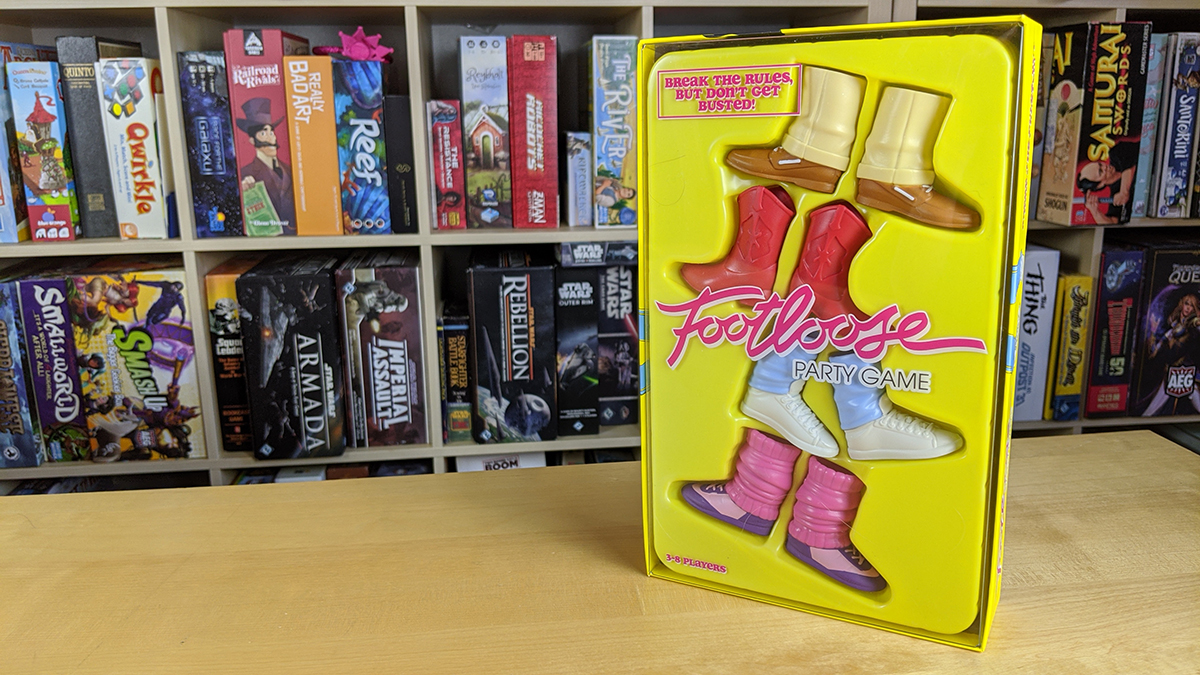 I’ll freely admit that I’m not the biggest fan of party games, but every now and then one comes along that has just the right set of cute components and a dash of actual strategy that it gets me intrigued enough to try it. Throw in a heap of ’80s nostalgia and you may just have a winner on your hands.

What Is the Footloose Party Game?

The Footloose Party Game is a game for 3-8 players, ages 10 and up, and takes about 30 minutes to play. It’s available online at Amazon and from your friendly local game store.

The first thing you notice about the game is the finger shoes because the unique packaging makes it impossible not to; they are nestled in a bright yellow plastic tray, covered by a clear plastic top, that is sure to give this game a lot of shelf appeal in stores. The shoes are all made from soft plastic and are really designed to be what they claim: finger shoes. They honestly have no relevance to the gameplay—there are four pairs, but the game supports up to 8 players, so they are even designed for two players to have the same shoes. They nominally mark the rounds on the player board, but as everyone progresses through the game at the same speed, they really aren’t important and will surely end up on people’s fingers as they finger dance to the iconic soundtrack.

And speaking of that: while there’s nothing in the rules that require it, I feel you’d be remiss to not be playing the soundtrack while you play the game, so feel free to cue it up on YouTube while you set up.

The player boards are nicely designed and match the simple mechanics of that game. They are double-sided so they’ll fit nicely in the box without needing to be folded. The front shows the first three rounds of the game, and the back the final three. The one piece of important information–the number of points you can have before you bust—is printed on each round, next to a nice big piece of art from one of the movie’s locations.

The dance cards are the primary component. They come in a 75-card deck with point values ranging from 1 to 4. Each card has a picture of a dancer’s legs and the point in the top corner. The 1 value cards make up just under a third of the deck and are split into three groups: there are 7 cards that are simply worth one, and nothing more. You also have 10 cards that are worth one during the first 5 rounds, but 5 during prom. And finally, there are 7 “no dancing” cards that are worth one, but if you draw two of them, you’re busted and probably get zero points.

There are 17 two-value cards. Ten are simply worth 2, while the other 7 give you an extra point in the round if you don’t bust.

The three value cards have a similar breakdown: 10 are just worth 3, and 7 grant an additional ability; in this case, you get a point for each of these you play in a round if you bust.

The remaining 17 cards are worth four. This time, the mix is a bit different, with 12 of them straight 4s. The remaining five cards are split and can be worth either a 1 or a 4.

The remaining components are cardboard punchouts: the point tokens are round with either 1 or 3 eighth notes printed on both sides, the tractor champ is a yellow token in the shape of, well, a tractor, and the prom token is a yellow disco ball.

How to Play Footloose Party Game

The goal of the game is to have the most points after prom.

Give each player a player board and have them select a finger shoe. (If you have fewer than eight players, everyone can fight over the extras.) Everyone puts their shoe above their board.

Shuffle the dance cards and put them in a facedown deck the middle of the table, along with the point tokens and two champ tokens.

The first player (doesn’t matter who) moves their shoe to the first round (the high school) and then starts drawing cards from the deck and revealing them face up.

This round requires that you draw cards worth 8, 9, or 10 value. You can stop drawing whenever you chose. However, if you choose to stop before 7, you’re bad a math and deserve to get zero points. If you stop with exactly 8, you get one point (and take the appropriate token). If you stop with 9, you get two points, and if you can hit 10 exactly, you get three points. However, if you go over and get 11 or higher, you bust and score nothing (unless you played one or more of the “three” cards that give you a point when you bust).

After everyone has played the second round (the Diner, during which you should skip ahead, if necessary, to “Dancing in the Sheets”), everyone plays the Tractor Chicken round together. Here, while “Holding Out For A Hero” plays, each player draws a card from the deck and puts it in their hand, keeping it secret from everyone else. All players continue drawing in turn order, but can stop at any time and for any reason, but they should be careful to not reveal why they have stopped. Once everyone stops drawing, all players reveal their hands. The player who gets closest to 11 without getting exactly 11 or going over wins and takes the tractor champ token. If there’s a tie, the other players simply take four points, which is the same value as the tractor.

All players discard all of their cards—no one keeps the highest or lowest cards this time—and everyone then flips their player boards over. Start playing “Never” on the soundtrack and begin playing the Honky Tonk round in the same way you played the first two rounds. (You’re on your own musically for round 5 because the main scene in the movie revolving around the railroad tracks is a fairly rare music-free sequence in the film.)

Once everyone completes round 5, it’s time to move on to the prom. In this round, everyone picks up the four cards they laid out in front of them in the other rounds (except the tractor chicken round) and then draws an additional, fifth card. Then, they all secretly, and simultaneously, reveal their card. Whoever has the highest value card places face-down in front of them. If there’s a tie, all players who tied place the card face-down. Everyone else discards. This is repeated two more times until everyone has only two cards left. Then, everyone plays both of their remaining cards at once, and once again, whoever has the highest total places those two cards in front of them. The winner of the prom round is the player with the most facedown cards (regardless of their value) and they take the prom token. If there’s a tie, the other players take 6 points.

The prom scene in the movie, by the way, starts with “Almost Paradise,” and then after the parents arrive and the fight, goes back “Footloose,” so it’s your choice which song to play here.

The game ends after the prom round. Everyone totals their points, and whoever got the most wins. According to the rules, in case of a tie players should “tighten your laces, pull up your leg warmers, and play again!” Which you’re probably going to want to do again anyway.

Why You Should Play Footloose Party Game

As I said at the outset, I’m not a big party game fan, to the point that that became a selling point when I sat my family down to try it out: my daughter told my somewhat unwilling son “come on—it’s a party game that dad actually wants to play.”

My usual objection to party games is that they tend to be pretty light on strategy, but surprisingly that isn’t the case with Footloose. The press-your-luck element that is the primary mechanic in the game forces you to really think. When you reach the minimum point total, do you go ahead and press forward hoping to get to that higher goal, or do you go ahead and stop and grab what points you have earned?

The special cards (which, by the way, you wouldn’t know existed from simply reading the rules, as they get no mention at all) add an extra element. If you’ve drawn one of those 1-value cards that count for 5 at the prom, is it worth being extra risky because if you bust you get that card that all but guarantees winning at least one of the face-offs in the prom, or do you play the long game and stop to take the points? (For what it’s worth, I gambled on this strategy and busted in three of the four regular rounds. Even though I went into prom with three of those cards, it wasn’t enough for me to actually win prom, and even if I had, I still wouldn’t have been able to catch my daughter, who managed to hit the highest-point value in all four of the regular rounds, in addition to winning the tractor round, and ran away with a victory.)

The theme of the game is a bit on the weaker side. Honestly, if my wife and I hadn’t been being ’80s kids and listened to the music while we played, I’m not sure it would have really felt Footloose-like at all. Because the game is all hand-drawn artwork, there’s nothing really there to invoke the feeling of the movie. Maybe that’s OK, as a more heavily theme-dependent game might have been lost on my kids, who had heard a lot of the music (my son was surprised to hear “Let’s Hear It for the Boy” in the soundtrack because to him it’s “meme-music”) but had not (yet) seen the movie.

Confession: Until shortly after playing the game, I had not actually seen the movie, either. It came out when I was 13 and wasn’t the kind of movie my parents would have taken us to. But after we finished the game, we brought up the movie (which can be streamed on Amazon Prime video) and finally rectified that situation for me.

Despite this small issue with the theme, the game is a lot of fun. I have no doubt we’ll be playing it more in the coming weeks, and it may just find its way on to some gift lists for me this year.

So pull up those leg warmers, head over to your FLGS, and pick up a copy of this fun party game. 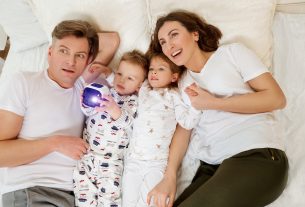 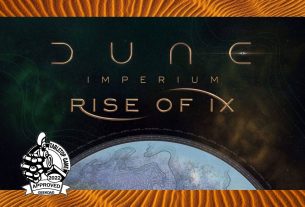 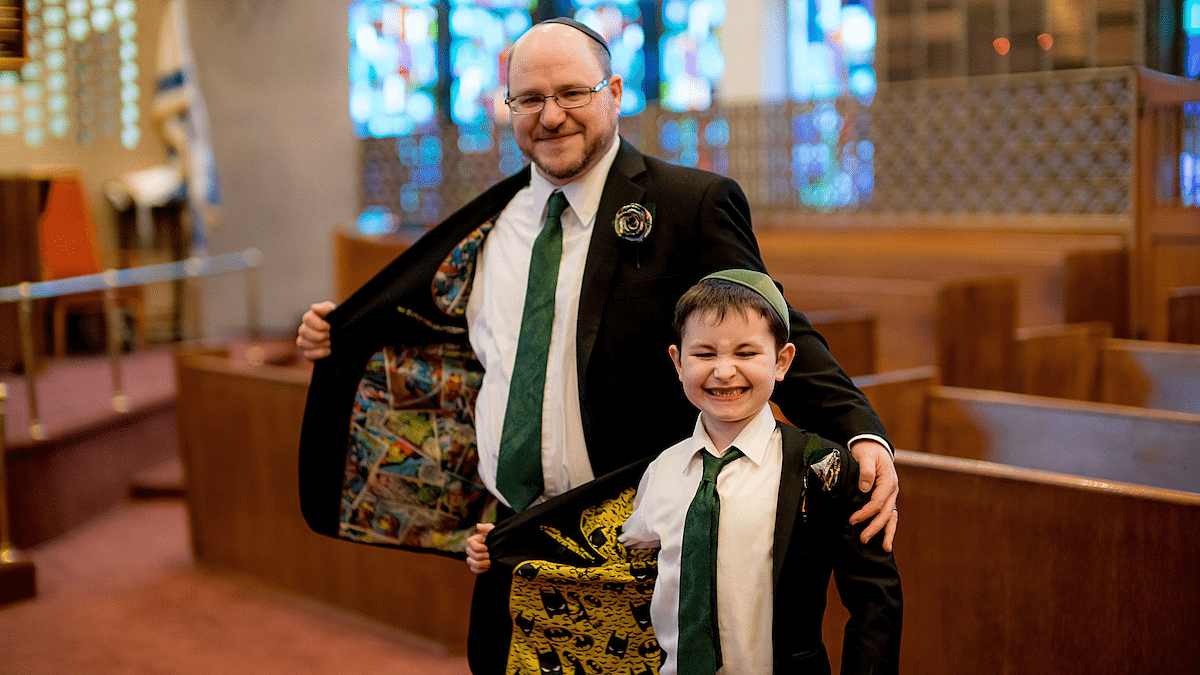 My Gleeful Geeky Wedding – Thanks to FunSuits and Etsy