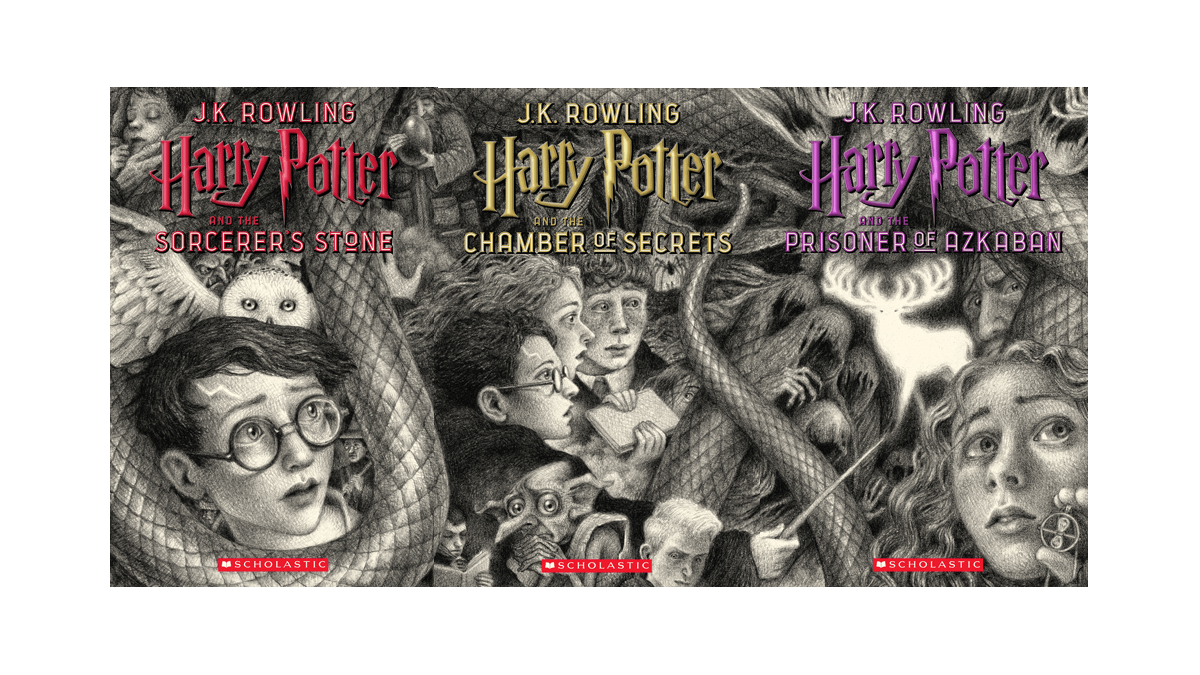 Celebrating the 20th anniversary of the U.S. publication of Harry Potter and the Sorcerer’s Stone, Scholastic has released special anniversary editions of the whole series in softcover, with gorgeous all-new covers from Brian Selznick. They are also releasing a box set of the books, with Selznick’s art, which will be available in September.

The new book cover imagery spans the entire set, with the illustrations on one cover flowing over to the next cover, and the next, creating one, richly detailed panoramic image. They weave together characters, storyline events, dangers, and adventures, covering the whole story arc from beginning to end. Little details are hidden throughout the larger illustration, and those with a keen eye will enjoy hunting for all of the references.

Because I’m a bit older than their original target demographic, I didn’t jump on the Harry Potter bandwagon until the release of book 4. But then I was instantly hooked. When each new book came out, I would carry the new volume around the house with me, reading at every spare moment, whenever I could. Even if it had to be one paragraph at a time. I’m sure I’m not alone in this experience.

Having the world of Harry Potter open up for me at the same time it was opening up for my kids was pretty magical. And, now, we are enjoying taking down the Death Eaters, et al., in Harry Potter: Hogwarts Battle and going through Hogwarts ourselves as students in the Harry Potter: Hogwarts Mystery app; it has added fuel to our inner Harry Potter fire. These newly released paperback editions only add to that ongoing interest, and have me looking furtively at our bookshelves, hoping to spot some spare linear inches.

If you, too, long to own yet another complete set of Harry Potter books, here are a few Harry Potter facts to get you in the mood (as if you needed help), courtesy of Scholastic:

You can pre-order the box set now. I, for one, am excited to get a look at the box set once it’s released!

Check out all of the individually sold Harry Potter books in this new series of softcovers, available now, and celebrate the 20th anniversary of the publication of Harry Potter and the Sorcerer’s Stone in the U.S., along with the rest of us. It might make the perfect gift for your child who is turning 11.

If you want to express your appreciation for Brian Selznick’s magical artwork, be sure to stop by his panel at San Diego Comic-Con, which begins in less than a week! He will be joined on the panel by illustrator Jim Kay and Harry Potter American editor Arthur A. Levine.

Also coming up soon, the much-anticipated Harry Potter: A History of Magic Exhibition is opening up at the New-York Historical Society on October 5, 2018. You don’t want to miss that. The one in England looked fantastic. I was able to review the companion book for it, so give that a look if you want a sneak preview of the type of things you can probably expect from the one in the U.S.

Also, don’t forget that the new film Fantastic Beasts: The Crimes of Grindelwald will be coming out in theaters on November 16. ‘Tis a great year to be a Harry Potter fan. #teamravenclaw

A collection of Harry Potter-themed items were provided for review purposes, but all passion and obsession with all things Harry Potter are my own. 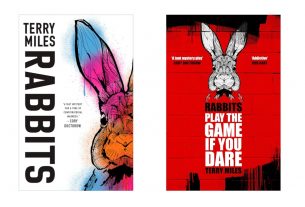 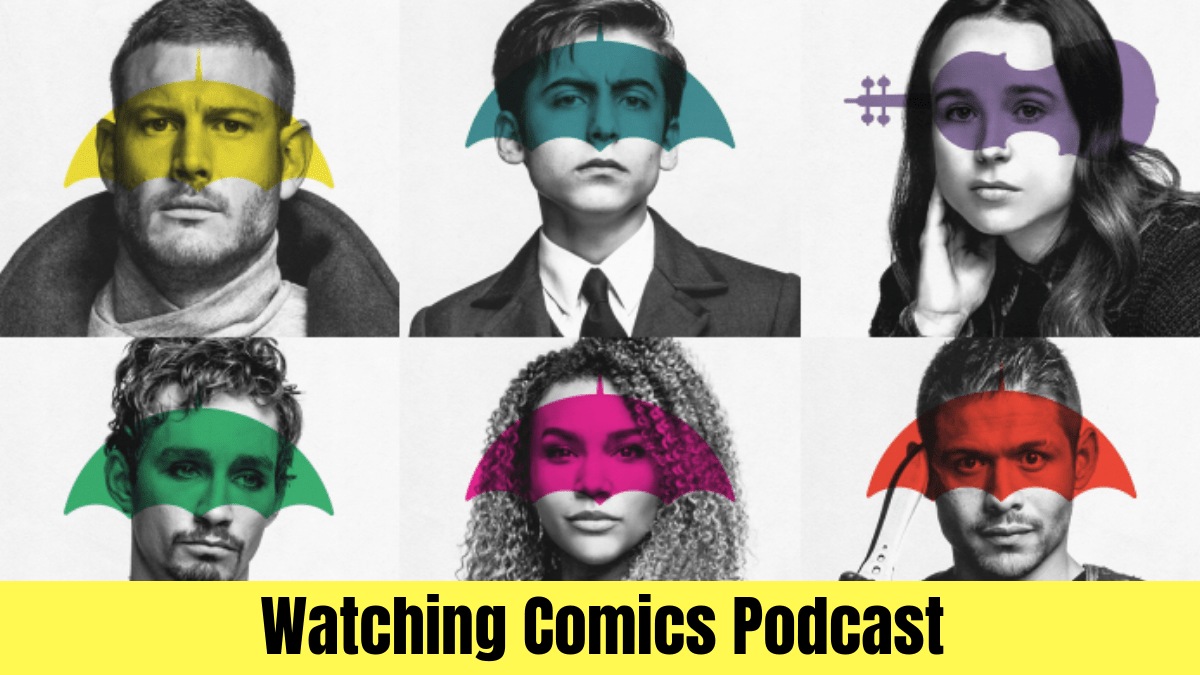