Ray: Probably not the worst book in the New Age of DC Heroes line but definitely the most disappointing, The Immortal Men #4 doubles down on all the series’ mistakes to this point and results in a thoroughly unsatisfying read. Thus far, we’ve been introduced to a lot of new characters through the eyes of reluctant recruit Caden Park, but few of them are getting any real development. The issue begins with the team’s leader, The Immortal Man, and his sister The Infinite Woman facing off in a massive battle, with a brief flashback to their time together as siblings at the dawn of man (with three other siblings who are seemingly gone or missing now). Why she’s hideously scarred is not revealed, but it probably has something to do with why she’s so embittered. Ghost Fist, Timber, and Stray are doing their best to fight off her army of mutants, but they’re losing the fight. The issue is at its most interesting when dealing with the origin of Timber, the team’s Native axe-wielder. She’s a clever and unique twist on the legend of Paul Bunyan, and the scene where she reveals her full powers is great.

I would like to see more of her, along with some of the other teammates, but right now they’re primarily just stock warriors. After the initial battle, the focus shifts to Immortal Man and Infinite Woman facing off one-on-one with swords, and you can see exactly where this is going from minute one. This is Obi-Wan vs. Vader, or Gandalf vs. the Balrog. The ancient wise warrior stands alone against the big bad and is cut down in front of the young hero. The only problem is, we barely know the Immortal Man. He’s been a cipher spouting occasional wisdom and dragging Caden into battle. Hell, we barely know Caden. He’s an ordinary kid with weird dreams, then his parents are dead and he’s drafted into an ancient war that’s got him very confused. He’s not the only one. The problem is, you can’t just decide to tell an epic hero’s journey tale without laying out your world a lot clearer than this. So far, what we have is an underdeveloped hero, a bunch of new characters with vaguely cool abilities, a lot of generic villains, and a bunch of fight scenes. That’s not enough to hang a comic on, and it’s disappointing to see this fall flat given how good most of Tynion’s creator-owned runs have been. He knows how to build a cast of fascinating characters, but this isn’t that. 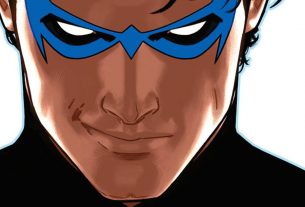 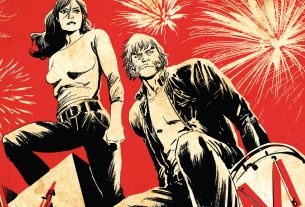 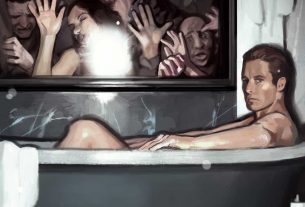 Review – The Nice House on the Lake: Apocalypse Chic