Ray: After five issues, people know that Doomsday Clock is a very deliberately paced series. Even with a bimonthly pace, whole issues can pass without catching up on the cliffhanger from last issue. That’s the case again in Doomsday Clock #6, as we have no sign of Ozymandias, Rorschach, Johnny Thunder, or Saturn Girl. Instead, this issue is focused entirely on Mime and Marrionette, the twisted versions of Punch and Jewelee from the Watchmen universe, as they’re inducted into the crime family of Gotham. The issue is spliced between modern-day segments focusing on the underworld, and flashbacks showing the foundations of their love in their original world. That story is more affecting than I would have expected. The story of two children whose immigrant parents owned businesses on the same street run by a mafia of corrupt cops, their childhood was marked by bullying, violence, and eventually fighting back. You can see how they become villains, but it doesn’t keep you from caring about them as they struggle to escape a horrible youth. Mime’s muteness is never quite explained, but the visuals in this segment – especially those showing the importance of puppets to them – are fantastic.

Of course, this is just the appetizer, as in the present day Mime and Marrionette are being escorted into the Gotham underworld by Joker, who is currently holding a temporarily paralyzed Batman hostage. The Gotham crime scene is gathering to discuss a possible escape to Khandaq, as the government is closing in on all metahumans. Riddler has designs on leading the resistance, but Joker quickly threatens to overshadow him. If this is a preview of Johns’ Joker – a cold-blooded, insane, but highly intelligent criminal mastermind – I am very much looking forward to his take on the Three Jokers in the coming months. There’s a lot of information here, and it partially centers around obscure Firestorm villain Typhoon. The arrival of Comedian, wreaking a terrible vengeance on the villains, kicks the issue into high gear. This issue somehow manages to be very slow and haunting, and yet one of the most action-packed of the series. We’re halfway in, and there are still a lot of mysteries. Where’s Doctor Manhattan? How do the Legion and JSA fit into this? We don’t get those answers here, but I am definitely enjoying the journey along the way. 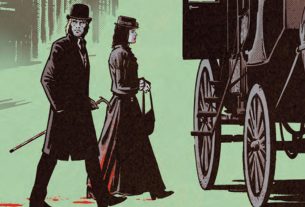 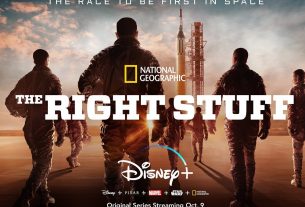 Disney+ Has ‘The Right Stuff’