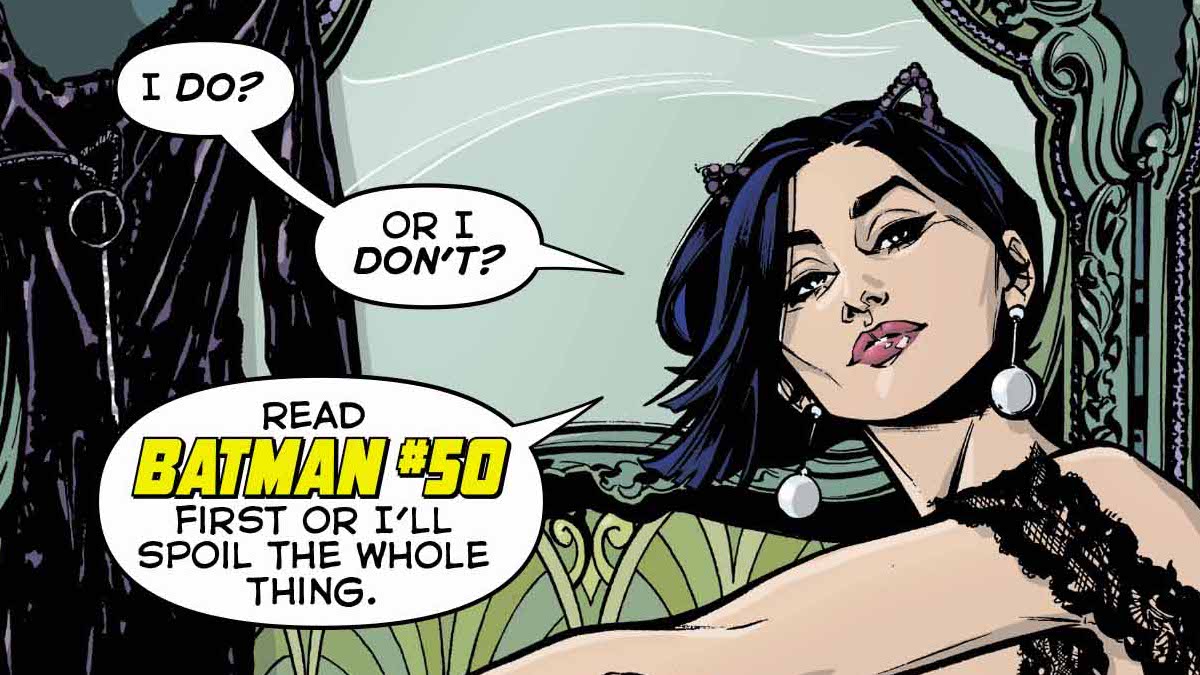 Joelle Jones is best known to DC fans as the brilliant artist who came on board shortly after the BatCat engagement and drew the fantastic Rules of Engagement arc largely set in the Middle East. However, she’s also a talented writer, but her writer/artist work for companies including Dark Horse has a distinctly darker edge. Thus, it doesn’t surprise me too much that the first issue of her Catwoman run has a sharper, grittier feel than the majority of Bat-books. It picks up a week after Selina left Bruce at the altar and left Gotham City behind, and she’s been busy. The opening segment is a fast-moving scene of Selina playing games at a high-stakes casino, a mysterious governor and his wife in a TV interview – and Catwoman staging a high-stakes heist that ends with her pulling out a gun and shooting a police officer in cold blood. Clearly, something isn’t matching up, and this soon becomes clear to Selina when she’s cornered and placed under arrest for murders she knows nothing about. She’s able to get away, professing her innocence to the officers she makes an effort not to hurt badly, and it’s clear that the lead officer is going to be a major recurring character here.

There are a lot of unanswered questions here, but we find out more about the governor’s wife this issue. At first she seems to be a generic political wife spouting boilerplate slogans that Republican politicians say after a scandal, but when she’s alone and surrounded by family the truth comes out – she’s actually some sort of grotesque, ancient crime boss who should have been dead long ago, and she’s the architect behind Catwoman’s latest misery. Speaking of misery, the fallout of Selina’s decision to leave Bruce isn’t really explored too much this issue. There is a great scene where Selina receives her personal effects with a note from Alfred that makes her break down that’s extremely effective, but somehow Selina still feels a bit remote even in her own title. Jones is just warming up and Selina is a naturally prickly character, so there is a lot of room to grow here. The question is, will this feel like a natural follow-up to the Catwoman we saw in Batman and her storyarc? Right now, they feel somewhat different. The cliffhanger is strong, showing exactly the level of the threat Selina faces from her doppelganger, and I’m excited to see where this title goes next. Strong, if imperfect start. 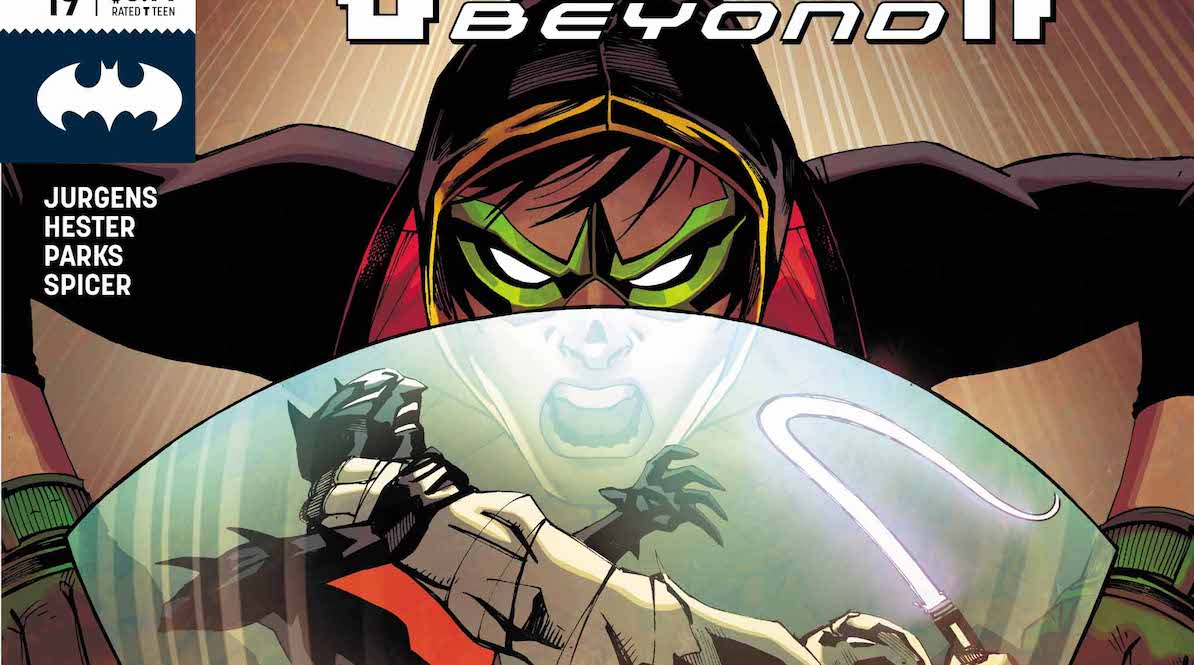