Part Play. Part Dance Party. ALL Fan Service. (No, not that kind of fan service.) The Masquerade is on of the main events at MetroCon Tampa. It’s arguably THE main event at THE largest annual anime convention in Florida. It’s a once in a lifetime experience partially because it is so immersive and interactive and partially because it is a different theme and a different story every year.

What Is The Masquerade

There are a lot of ways to describe the event. The MetroCon site describes it as

“a one of a kind experience – maintaining the roots of a theatrical style, interactive, themed dance event…”

Having been there, I can tell you is  my favorite event of the weekend. The Masquerade does an excellent job of transporting convention attendees into a whole other world. The Masquerade theme is different each year but it consistently provides a night filled with entertainment, romance, and live-action adventure. The performance is truly an immersive experience and worth returning for year after year.

This year The Masquerade took place on the Friday around six in the evening. It consisted of several nicely-acted, well-written stage scenes, woven together with some beautifully performed crowd interaction. The breaks were filled with dance music, and lighting worthy of a club while the performers from the show wandered the floor meeting with fans and acting entirely in character and create unique moments that were both a part of the show and memorable for many of the fans.

Scenes that required audience interactivity worked right in to the plot of the story. The Masquerade stage performance was filled with familiar anime characters as well as suspense, drama, and of course romance. The Masquerade is one of those events that truly brings cosplay to life.

You Are A Part Of The Story

The Masquerade is officially Rated PG-13 but otherwise, the entire experience is an inclusive, safe, and more or less family-friendly environment. So, depending on your specific child you may find this a great event to enjoy together. I personally would recommend it for anyone age ten and above. My only reason for not recommending it for younger children (thought I saw several there) would be that the event is about three hours long.

This year’s theme for the event was “The Masquerade: Kingdom” a majority of the guest were attired in costumes of fantasy royalty, or character from magical kingdoms. There was a feel of high fantasy mixed with anime royalty from all genres including Victorian, medieval, space and many others. Keep in mind that The Masquerade is more about the immersive story and interactivity with the audience than about the “formal ball” feel.

The MetroCon site even provides you with a bit of context to help inspire your to build your costume for The Masquerade:

Far away in a kingdom forgotten by legend, existing somewhere as a single speck in space and time, there was a great queen. She reigned for as long as many could remember, but now…
she reigns no longer.

As is tradition, the kingdom will host the Centennial Coronation again this summer – once, every hundred years, the citizens of the kingdom come together so that those who consider themselves worthy may try their hand at the test. Amidst a festival of costumes and luxuries, fortune telling and matchmaking, the brave and the hopeful come from all corners to see if the Royal Gem will choose a new heir to the throne.

Will you come to seek the crown? Will you be there to witness history, should the sorcerers and ancient magicks decree that the gem has chosen its new keeper?

What part will you have in this historic night?

Be wary, traveller.
There are those who would seek to invade this kingdom, and claim it for themselves – the pretenders and usurpers always find their way to an empty throne.

Join the other citizens of the kingdom, dear friend, and perhaps be a part of a truly magical evening.
The unexpected becomes normal when magic is at play, and the night is sure to at least be… interesting…

This years characters drew from a wide range of popular anime and animated cartoons. The characters were many fan favorites from some of the best-loved shows.

Coran – hails from the ‘Voltran’ universe where he is Princess Allura’s adviser, and the only known living male of his race. Coran’s character in The Masquerade: The Magic Kingdom mirrors the personality of his Voltran counterpart in his foppish and somewhat cowardly personality. Keeping to the very traditionalist personality of the source material he’s heading up the Coronation ceremony and desperately hoping the Rose Gem will choose a ruler. The performer did an excellent job portraying Coran’s dedication to his kingdom, his as well as the nurturing kindness at his core. Just as in Voltron, Coran was as much a comedic character as a gentle caring adviser. His juggling routine was particularly funny.

Elias Ainsworth – one of the main protagonists of ‘The Ancient Magus Bride’, this bipedal humanoid has the skull of a wolf with horns of a goat. From the glowing red beams of light in the empty sockets of his eyes to the three-piece suit the details from the anime made it to the stage. The black robe had sleeves embroidered with white threads, paired with a black vest and white undershirt just as you see on screen. How they found an actor that tall is beyond me but just as expected Elias stood literally head and shoulders above all the other characters. The performer did a wonderful job with the reclusive mage’s inability to relate to humans and fascination with their emotions. Our Elias was a classic gentleman as he oversaw the gem and remained stoic even when it was stolen. The story line even included a very in character moment for Elias where he does not lie but keeps his intentions shrouded by leaving out information regarding the Rose gem.

Gilgamesh – Is also known as Archer from the ‘Fate’ anime series. As in the series, the characters was a tall, dignified young man with blond hair. the performer did a great job parodying the extremely haughty, obnoxious, cunning, rude, and hot-tempered irrationality of this egocentric, and selfish character. This was our villain. It was pretty obvious as he waltzed in and disrupted the ceremony claiming that everything as his possession and that he is the king they sought. He unable to acknowledge anyone’s authority including the fact that the gem adamantly refused to accept him as ruler. As in the series he was prone to underestimating his opponents which ultimately led to his downfall.

Folken Fanel – hailing from the ‘Escaflowne’ Universe, this character was a study in redemption. Folken realizes his flawed thinking (similar to the anime) in choosing to align himself with Gilgamesh in an effort to attain the power of the Rose Gem.  Like his namesake he chooses to side with our heroes, rebelling against Gilgamesh, and giving Elias information and ultimately the Rose Gem.

It has been a while since I’d seen ‘Escaflowne’ so it took a second to realize who the guy with the sky blue hair cybernetic right arm prosthetic was. The pierced ear and a purple tear drop shaped tattoo under his right eye seemed familiar coupled with the high-collared cloak worn wrapped close to cover his mechanical arm.

Ravus Nox Fleuret – Coming from the game Final Fantasy XV, There was no mistaking the white frock lined with black that bore a large collar with purple trim, and armored boots. If for any reason your doubted who he was one look at the black downward-pointing sword symbols the large crest with a unicorn gave him away.

Just as the in-game character believed he would be eligible to wield the Ring and replace Noctis as the King of Light our Ravus wanted so desperately to be accepted by the gem as the ruler. The actor gave a great performance of the bitterness that set in after he was rejected by the Rose Gem. His devotion to the empire led him to accept Gilgamesh though it didn’t take him long to realize that Gilgamesh could never be the ruler the kingdom needed. The fight scenes with Ravus were well choreographed showing him to be an expert swordsman as expected. When he passed on his gold-hilted saber to Pearl the audience gasped as if knowing that his decision would eventually spell his doom. They weren’t wrong

Pearl – If you follow Steven Universe that you are familiar with Pearl. She’s one of Rose Quartz’s closest followers a hint of what was to come since she was a part of The Knights of the Rose. Just like the character the performer was slender, of a thin build, tall with a peach colored hair that resembled a pixie-cut in the front, while in the back, came to a point. Everything about Pearls personality was brought to life in a near perfect performance by the actress who played her.

Rose Quartz –  I doubt anyone who recognized Pearl didn’t realize that eventually we’d see Rose from Steven Universe as well. Once the Gem transformed there was no mistaking the curvy woman with lovely long pink hair styled in thick, tube-like ringlets. The actress looked lovely in the strapless, floor-length, pink and white tiered dress. There was a touching scene that involved a caring and loving Rose sharing a tender moment with Pearl. Rose and Pearl discussed their past relationship and Rose pointed out to Pearl the she (Pearl) already had a relationship built on true partnership, equality, and mutual respect. It was exactly the healthy relationship speech everyone needs to hear. The the hush that fell over the audience was a testament this.

Utena – hailing from one of the earliest and arguable one of the best anime series, ‘Revolutionary Girl Utena’, our heroine was both fierce and loyal both to her kingdom and to her dearest friend. Precisely as seen in the anime The Masquerade portrayed Utena as a tomboyish young lady who decided to become a prince herself. There wasn’t a dry eye in the place when Pearl sacrificed herself to protect Utena who then vanquished the villain and took her place as ruler. Tears were flowing again when a recovered Pearl snuck out on stage during a tender speech given by Utena about her love for Pearl. Thanks Elias for saving this happy ending.

The Masquerade is a separately ticketed event that is worth more than you will pay for it. Convention attendees who come to The Masquerade are strongly encouraged to come in costume, preferably character Cosplay. The reason is that  the performers will address anyone attending in cosplay by the name of the character that they are cosplaying. This gets even more fun when other attendees do the same. The point of this is to draw the attendees in and make them a part of the story world. You are encased in an interactive story from the moment you enter that room. It’s an event that has been going for a decade now and it’s incredible how many of the attendees work to keep up the illusion throughout the event. If you skip everything else this is a must.

It’s much like jumping in to a well-written fan fiction where a bunch of your favorite characters are playing out a truly unique story while remaining completely true to the look, and personality that you know. The audience is every bit as friendly and welcoming as the cast. It’s a truly exciting and wonderful experience that I cannot recommend enough. You can bet I will be there next year!

Click through to read all of “MetroCon 2018: The Masquerade Is Everything” at GeekMom.If you value content from GeekMom, please support us via Patreon or use this link to shop at Amazon. Thanks! 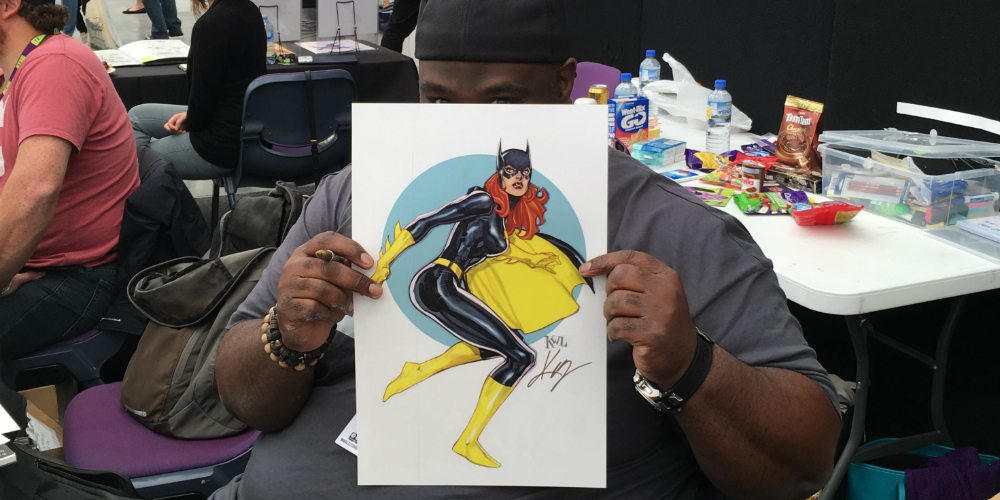 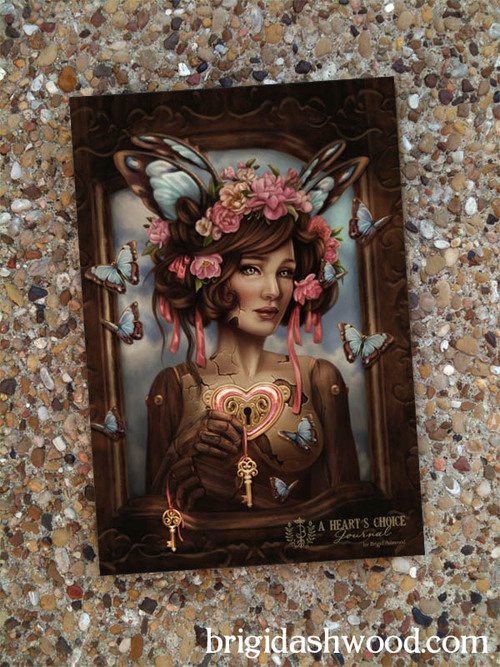