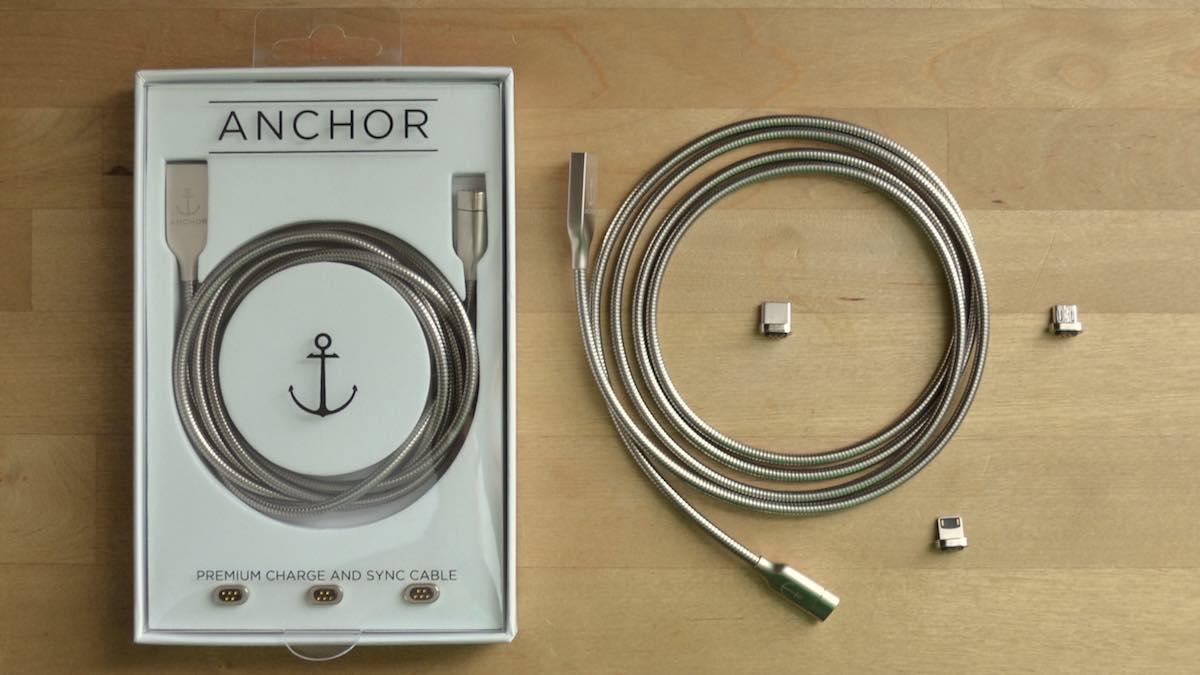 The Anchor Cable tackles multiple issues that have frustrated mobile device owners for years. With a tough stainless steel casing, it’s designed to last a lifetime—without tangles or breaking. Thanks to interchangeable magnetic tips, it’s compatible with virtually any device. And that same magnetic tip means that tripping over the cable doesn’t have to end with your smartphone taking an expensive plunge to the ground. As a crowdfunding project, it raised over $367,000 (nearly 2,200% funded), so there’s obviously pent-up demand for something like this.

I put the claims to the test to see if this cable is worth its $39 price.

The Anchor Cable doesn’t just look durable; with its stainless steel casing and metal connectors, it has a decidedly premium look and feel as well. In the box are three tips: USB-C, Micro USB, and Lightning.

The connector on the cable incorporates a neodymium magnet and the tips themselves are also magnetized. When a tip gets within an inch or so of the cable connector, it shoots over and connects to it. You’ll have to adjust the tip to help it align correctly, but the system works well and holds the tip on firmly (although more on that shortly).

The cable itself is advertised as four feet in length, although my tape measure says it’s actually 52-inches from end to end. It’s longer than the three-foot cable that most smartphone makers include—which is quite useful—but still manageable.

As I said, the Anchor Cable really looks the part of a premium cable. In the time I’ve been using it, the cable has always coiled up nicely—no tangles. And the stainless steel visually stands out in a world of disposable, black plastic cables. I can’t verify the claim of 60,000+ bends without breakage, but during my use, there were no signs of stress on the cable itself or at the connector attachment points. The magnetically attached tips worked well with the Micro USB, USB-C, and Lightning port devices I tested with. There is no mention of the cable being MFI certified by Apple, but there were no issues with the iPhones I used it with—other than the fact the connector is single-sided, not double-sided like Apple’s, so you have to insert it the right way up.

The tips use copper wiring and gold plated connectors for maximum performance. Beneath the stainless steel sheath is 18AWG copper cable for fast charging and so far as I could tell, it lived up the billing on that front. There were certainly no complaints about charging not being at full speed.

Finally, I tested kicking the cable out from a connected device. Just like the MagSafe connector Apple still uses for the MacBook Air, the cable would detach and fall to the ground leaving the device it was charging safely sitting on the table.

So far the Anchor Cable story has been all good, but I did find a few downsides, particularly with the detachable tips.

In a situation where the charging device is horizontal on a flat surface, everything was fine. But pick a charging device up to use it—as many of us do—and the connection would often be broken, with the weight of the cable pulling the magnetic tip free of its connectors. Those tips also had a habit of remaining stubbornly connected to the device when the cable was removed. They are tiny, so trying to pry them out could be a pain.

Finally, the tiny size of the tips made it all too easy to misplace them. I’m not sure what the solution is there, short of a small cloth bag to store the cable and tips, but losing a tip seems all too easy to do. The Nomad Universal Cable I reviewed earlier in the year solved the problem by physically tethering multiple tips to the cable…

If you find yourself in a situation where you’re constantly having to swap cables between Lightning, USB-C, and Micro USB, or you’re tired of pack-in plastic charge cables breaking, or you want a cable that offers a premium look and tangle-free use, then the Anchor Cable is worth considering.

Disclosure: Anchor Cable provided a sample for evaluation but had no input into this review. 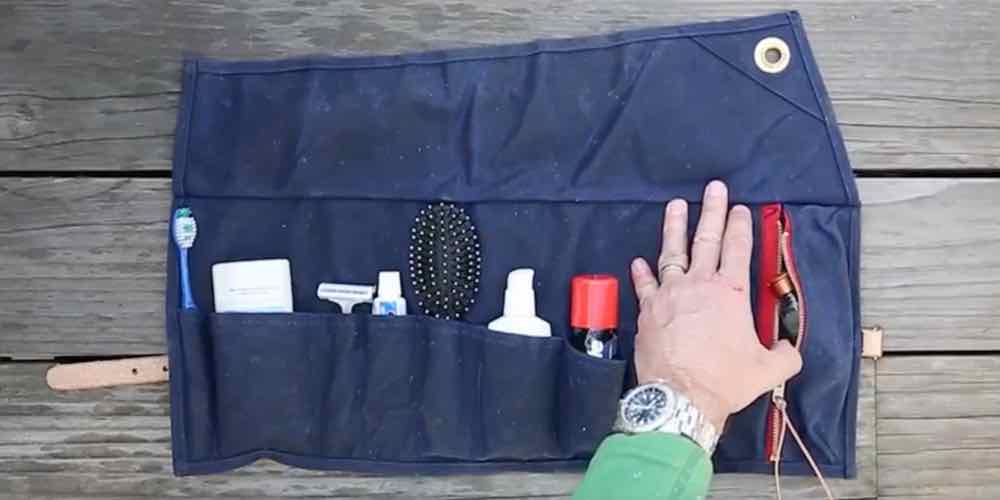