The Wild Storm is a puzzling book, combining brilliant art and kinetic action with a plot that often goes at the speed of a turtle. Still, when it’s on its game, it can do some genuinely great things with these odd 90s characters. The issue kicked off, and I was skeptical because we’ve seen quite a few of these slow-motion action segments before. This time it’s Zealot’s time to shine, as her office comes under attack by an army of fully masked assassins shooting everyone in sight in the latest wave of retaliation in the war between Skywatch and IO. This six-page segment is mostly here to show off just how fast Zealot can move before she finally dispatches all her enemies, but once it’s over the story shifts dramatically and for the better. The focus shifts back to John Lynch, the former IO director who is now searching out all his old agents to warn them that IO is hunting down enhanced individuals.

This issue’s target is Alexandra Fairchild, the gender-flipped version of Alex Fairchild from the old Gen13 series. For those in the know, they’ll remember that Alex Fairchild was the father of Gen13 leader Caitlin Fairchild. That’s still the case here, as Alexandra reveals that she had a daughter and gave her up for adoption. while Alex seems to be self-aware that she’s a danger, the things she says about why she did it and what she’s afraid that she’s becoming are genuinely chilling. This is one of the few times that The Wild Storm rises above its slow pace and hits on genuine emotion.

The dramatic conclusion, as the redemption and ending Alexandra has been chasing comes back to find her, is probably the series’ best moment. I was intrigued by the reality warpers – Jenny, the Doctor, and now Jack Hawksmoor – all in the same room, and if this series keeps the same momentum it’s building in this issue, it could finally catch up to the level of its spin-off Michael Cray. 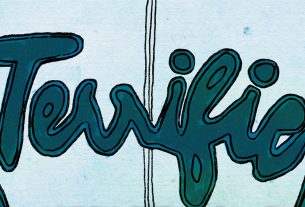