Corrina: Dead But Not Dead

Ray: Marv Wolfman’s Cyborg revival might have been canceled midway through, but he still has a good working relationship with DC and his Raven: Daughter of Darkness miniseries is about to hit the halfway point. This feels like it may have been two miniseries combined into one, as this issue feels like a conclusion of everything Wolfman’s set up so far and a setup for future adventures (that will start next month). When we last left off, Trigon had been summoned by the shady soldiers who captured Raven and her mother, and all hell is literally breaking loose. Raven does have some unexpected allies, though, in the form of the strange faceless girls she’s been battling since the start of the series. They’re psychically linked to her, and the reason for this intense connection is finally explained this issue. The action is a little confusing at times in this segment, but what ultimately happens is that they make a sacrifice to allow Raven the strength she needs to send her evil father back to Hell.

The series so far has faltered a little bit when it comes to the inclusion of Wolfman’s original character Baron Winters. He’s mainly lurked in the background, talking to his leopard and occasionally making a move against Raven for reasons unknown. Now, he seems to have shifted to planning to include her in a new Night Force that he’s putting together. Although she’s still deeply skeptical about his plans – for good reason – it seems like she’s eventually going to come around for the “Sequel”. Raven and the Night Force, perhaps? However, this series has always been at its strongest when it was dealing with the quieter moments, such as Raven using her empathic powers to put her friend at ease before she leaves town or her bonding with both her mother and her aunt. Raven’s title has done a good job of humanizing her instead of making her a stock “Dark creepy girl” character, and although the plotting may be a little jumbled, I’m glad Wolfman gets to continue fleshing out one of his most famous creations.

Corrina: Everything Wolfman has done to add depth to Raven has worked with this miniseries and the previous one. Her friends, her aunt and family, and Raven’s own struggle to find her own balance. In many ways, the faceless girls are her mirror image, the ones robbed of the personality that she has, and Raven is able to see that and appreciate them and their sacrifice.

But, so far, 90 percent of the stuff with Baron Winter hasn’t worked at all. True, he sent Raven off to San Francisco of the past and that was interesting, but his character has been one-note and unimpressive. I know the story has been teasing revelations about him but all those teases have done is to drag the other part of the story down. I hope that now he and Raven are talking, this will improve and he’ll be better integrated into the rest of the miniseries. 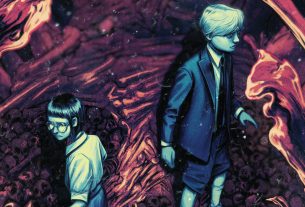 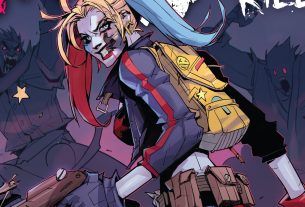