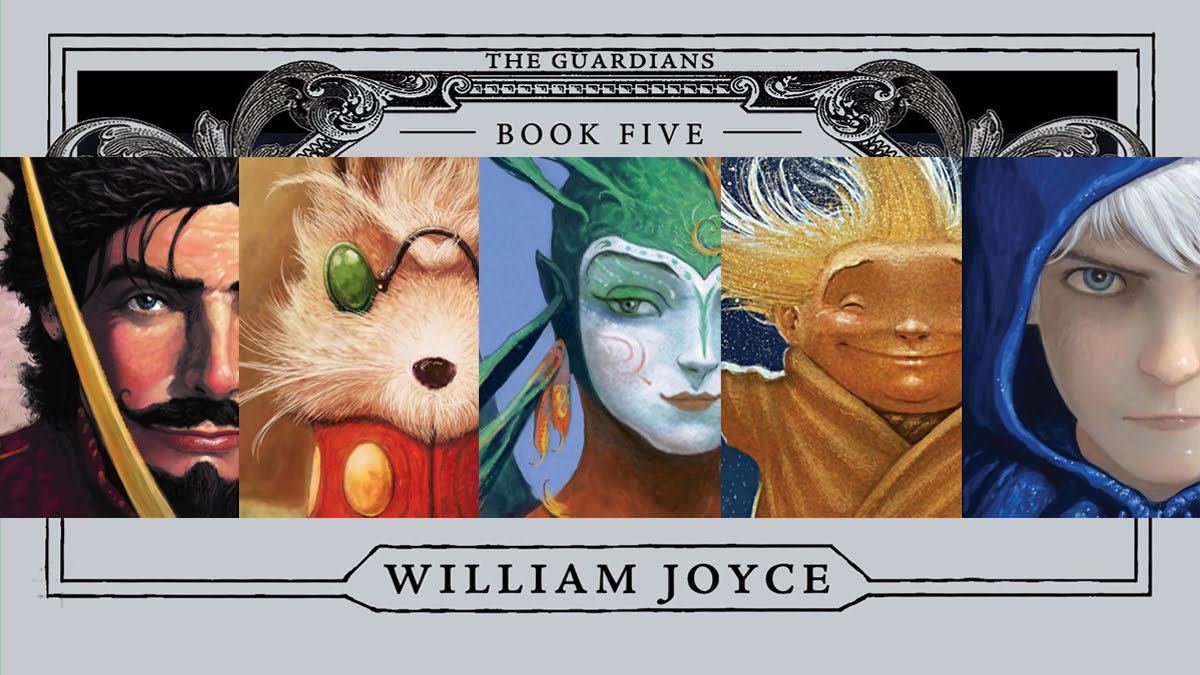 If you are one of the many fans of The Guardians series by William Joyce, or if you loved the movie Rise of the Guardians, I have the most exciting news for you! The final novel in this spectacular imaginative series is coming out this fall! It goes on sale on November 20th and you can pre-order it on Amazon. It’s already on my Christmas gift list for more than one child.

Yes! We are finally getting the tale of Jack Frost, but that isn’t all. Even better is the news that on September 14, the original four books in The Guardians series are being published with gorgeous new covers. I have to confess I already own the first four books but these new covers are so striking I’ll probably grab the full set.

In The Guardians William Joyce weaves an epic tale that is both unique and familiar. Most children know of Santa, the Easter Bunny, the Tooth Fairy, the Sandman, and of course, the Boogeyman, but The Guardians series brings them to life in an engaging tale of adventure, and imagination.

Each tale carries with it a mystical fairy tale quality and offers detailed answers to the questions asked by kids. Who was Santa before he became Santa? Where did the Easter Bunny come from? Why does the Tooth Fairy collect teeth? Does the Sandman’s sand make him sleepy? How did they get holidays? At the same time, we learn what prompted them to band together and protect the children of the world. 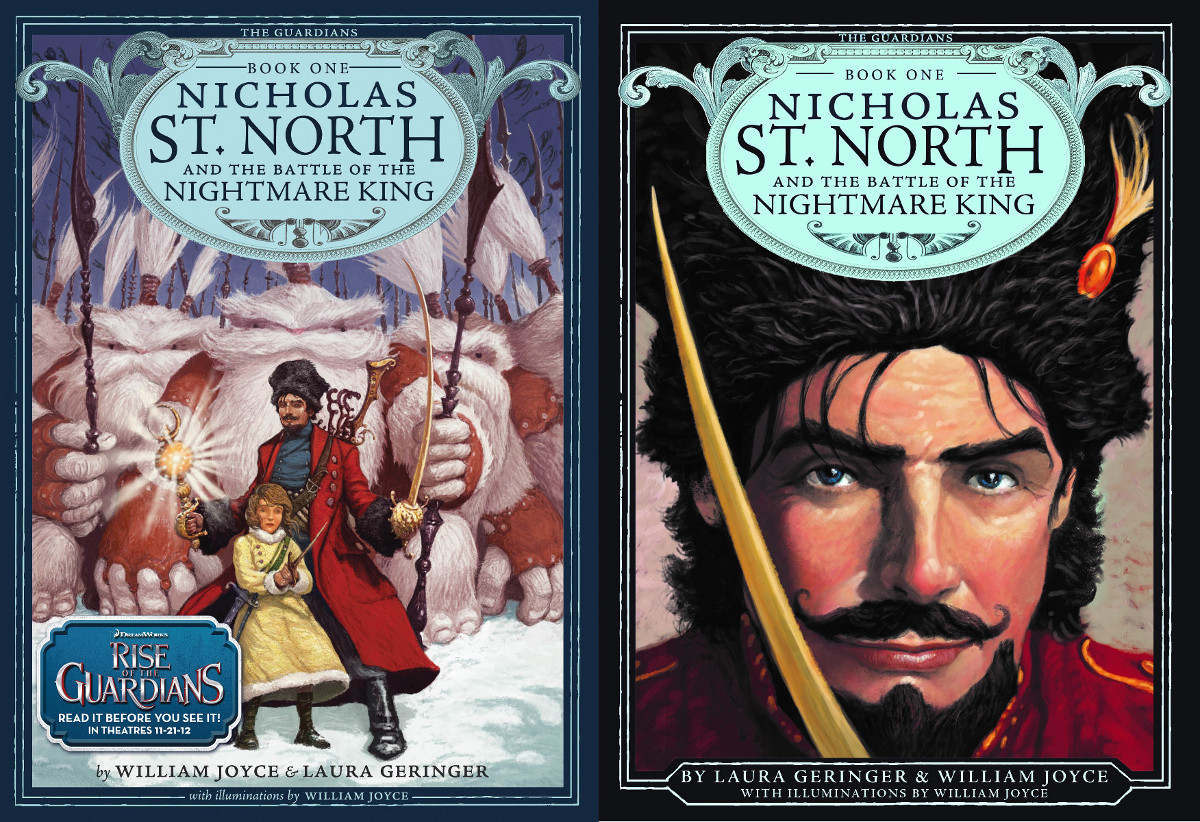 Nicholas St. North and the Battle of the Nightmare King

Before he was Santa, Nicholas St. North led an exciting life full of daring adventures. Nicholas was a daredevil swordsman with double scimitars and a taste for adventure. Like any adventurer, he sought treasure and excitement. Rumors of treasure lead him to the village of Santoff Claussen. This village, created by the old wizard, Ombric Shalazar, allows children to freely explore and indulge their curiosities. It is a place to invent and learn in safety. Or at least it once was. Pitch, the dreaded Nightmare King, has been released by accident. Now, darkness threatens Santoff Claussen as the cruel fearlings break through the magic protective barriers. When Ombric Shalazar realizes he can’t stop Pitch, Nicholas St. North must decide between seeking his fortune and saving a village. 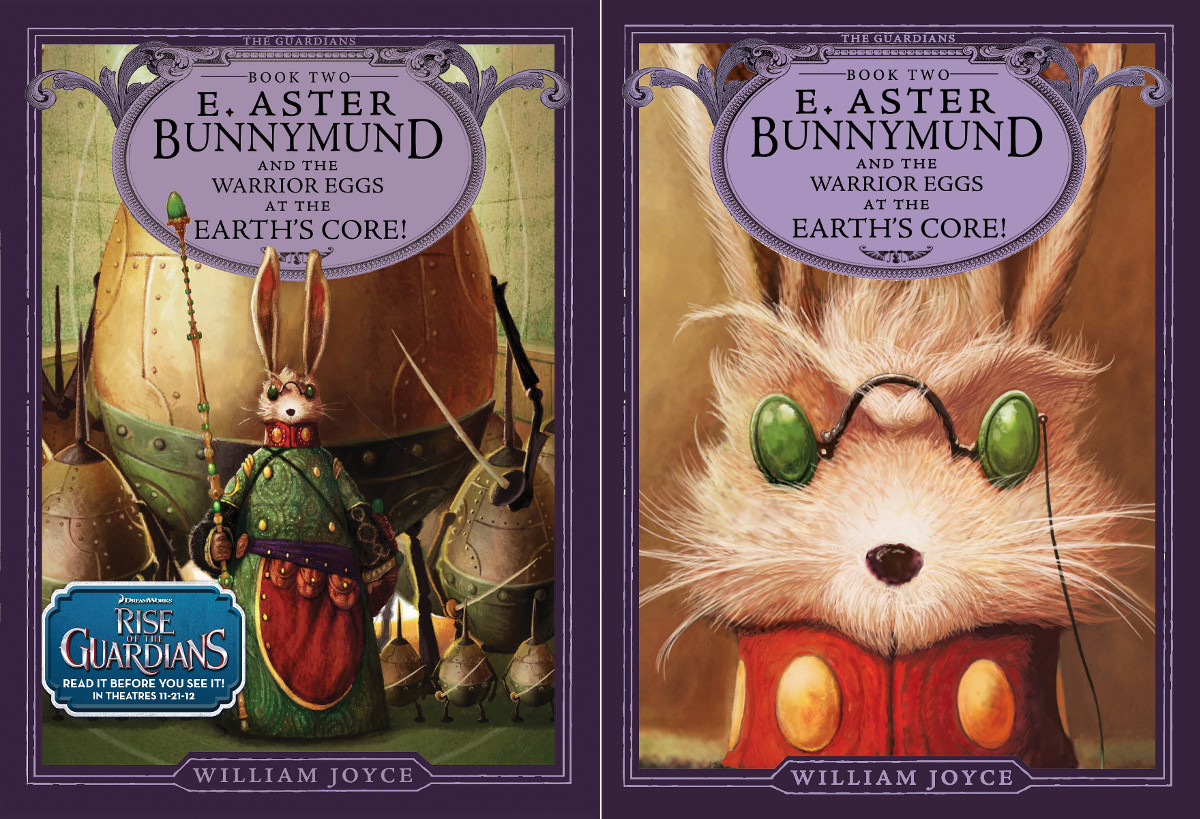 E. Aster Bunnymund and the Warrior Eggs at the Earth’s Core!

The second book in The Guardians series introduces us to the Pooka that will become the Easter Bunny. E. Aster Bunnymund is an emissary of the fabled brotherhood of the Pookas. What’s the Brotherhood of Pookas? A league of philosophical warrior rabbits. Their imposing intellect is matched by their physical size. Bunnymund is a brilliant, logical, tunnel-digger extraordinaire who is highly skilled in martial arts but deeply obsessed with chocolate and eggs. He’s also exactly what the Guardians need in their quest to defeat Pitch. 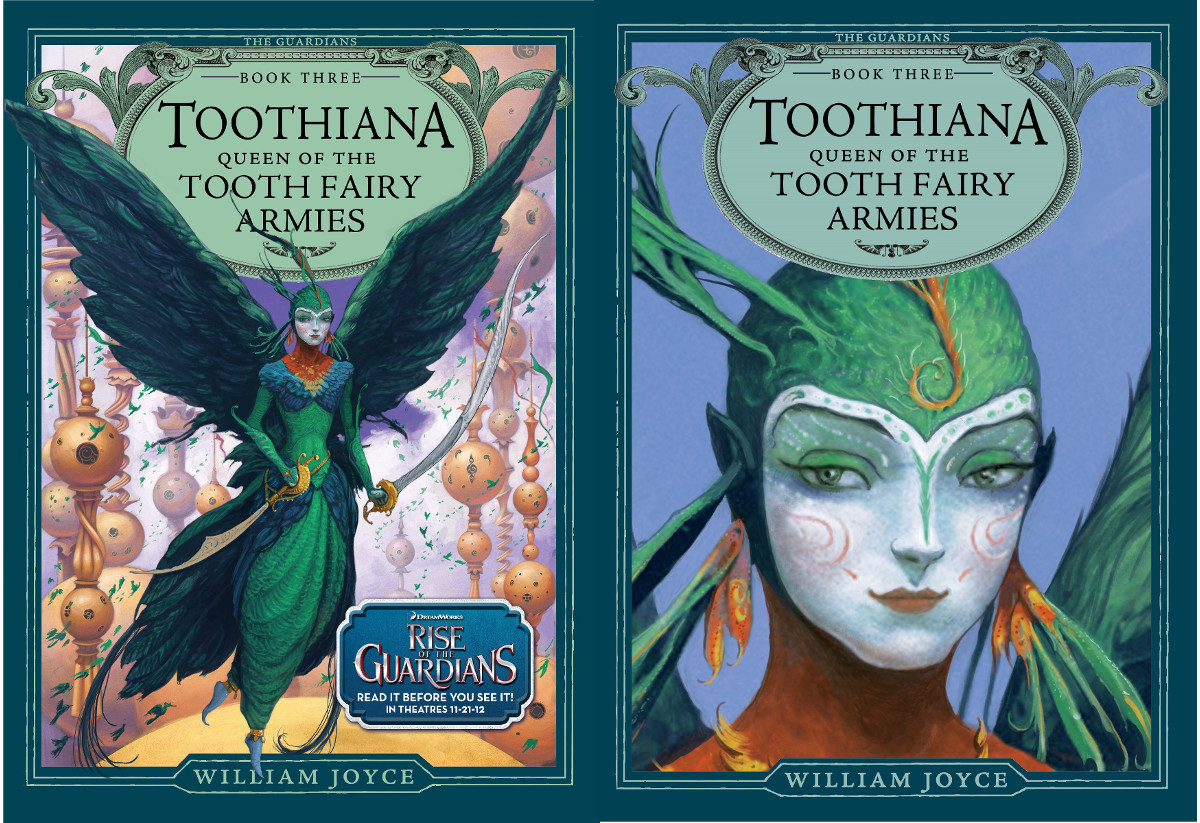 Book three in The Guardians series introduces us to Toothiana, who is part Katniss Everdeen and part Tinker Bell. Pitch seems to have been vanquished. Unfortunately, things are not what they seem as the Nightmare King is biding his time, hiding in the dreams of an innocent and cultivating allies in secret. His conniving brings the Guardians to the daughter of a mortal and a fairy, Toothiana. The newest Guardian is a tall warrior, with the power to multiply into miniature versions of herself. She possesses a relic, a tooth from the Man in the Moon, that allows her to see the childhood memories stored in baby teeth. With her help the Guardians face down Pitch and realize the power contained in the dreams and memories of childhood. Filled with action, this installment of the series leaves the reader wanting more. 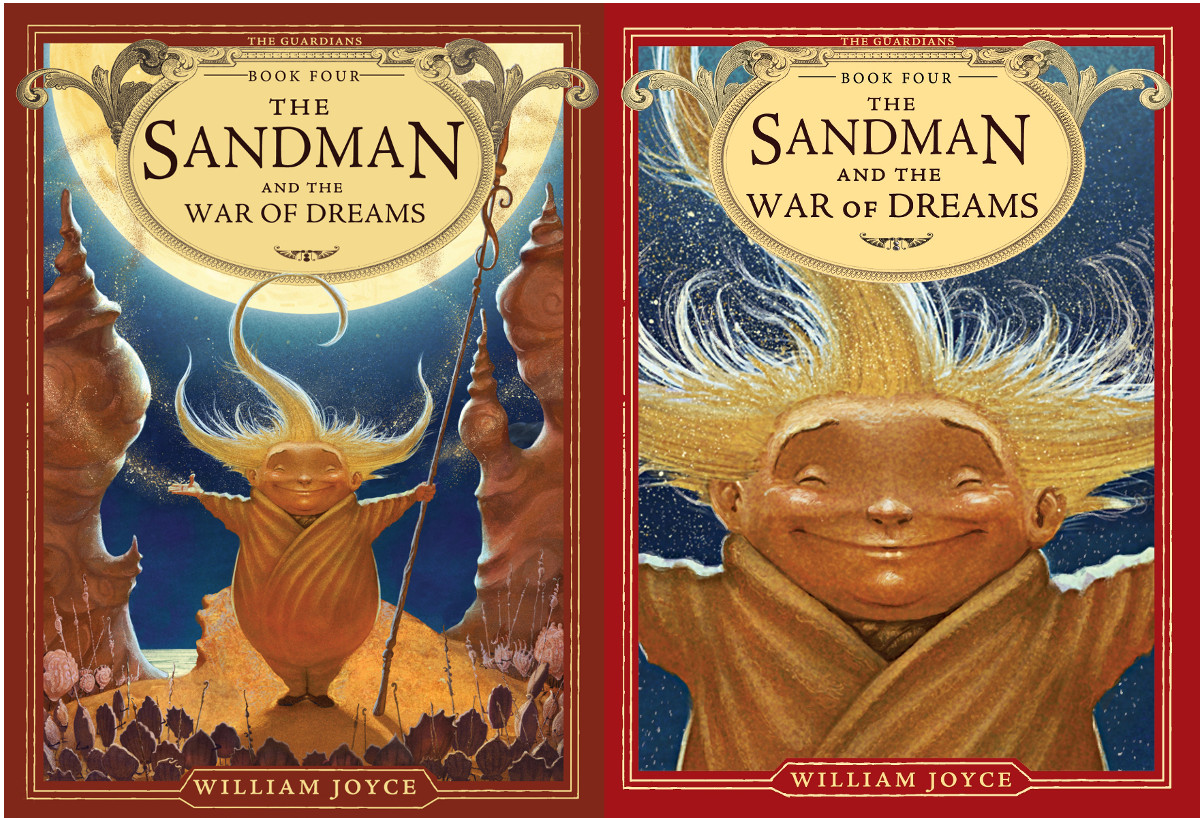 The Sandman and the War of Dreams

The fourth installment in The Guardians epic adventure features not only Santa Claus, the Easter Bunny, but Mother Goose as well, and it brings us the character of Sanderson Mansnoozie, the Sandman. Stalwart and clever, if a bit sleepy, Sandy has the ability to utilize sand in myriad ways. Following the capture of young Katherine in the previous volume, the Guardians desperately search for their friend. Along the way, we learn a lot more about Pitch Black and Mother Nature and their tragic history. If the other Guardians can convince Sandy that good can triumph over evil, and that good dreams can banish nightmares, then maybe they can defeat Pitch and save their friend. If not, it may be good-bye forever. 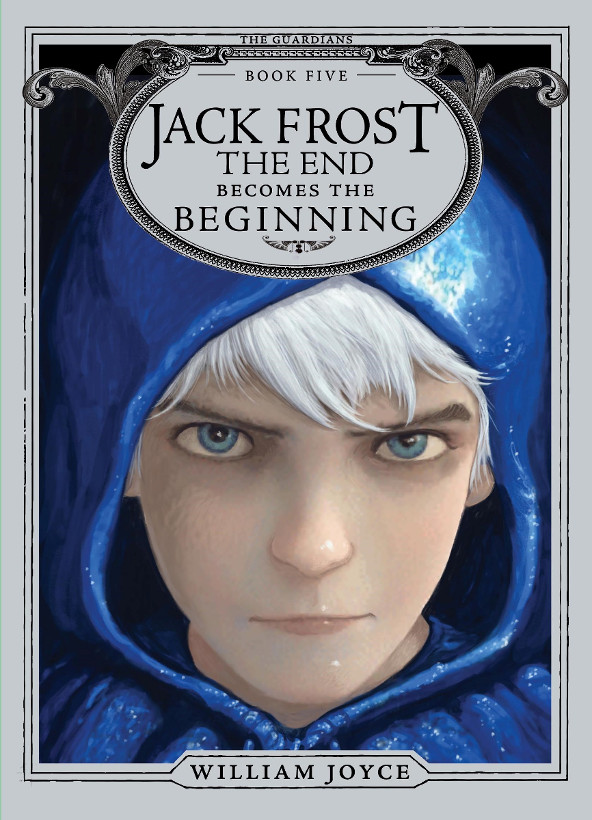 The final and most anticipated installment in The Guardians series arrives this November. Be sure to pre-order your copy today!

The Guardians’ powers are put to the ultimate test in their final battle in this conclusion to the epic chapter book series from William Joyce.

When we last saw the Guardians, they were celebrating their victory during Bright Night, the final great Battle of the Moon, where they defeated Pitch once and for all. Or so they thought. Now, many years later, the Guardians have settled into their final selves, embracing their public images and the Earth Holidays. But the world has not been without evil since Pitch’s imprisonment. First there was the World War, then The Crash which has led to what the humans call a Great Depression. All the Guardians feel the weight of these events, but Jack Frost—now half human, half of his former self Nightlight—feels it the most.

Jack’s transition from Nightlight to Guardian was not an easy one. Always inclined to keep to himself, Jack has become especially isolated from the other Guardians since his transformation. Yet it is Jack who Ombric Shalazar (once a great wizard, now known as Father Time) trusts with a tremendous secret. But for Jack to fully understand this secret, he must revisit his past—and finally tell his story.

Jack’s story, however, isn’t the only one to be reopened; an old enemy whose chapter we thought closed will reappear and with him bring a darkness and destruction that will test the Guardians like never before. It’s a battle of superlatives—the worse fighting the greatest, but where, oh where, is Jack?

William Joyce has been delighting children for years. The creator of Rolie Polie Olie has been touching children’s lives through media for well over two decades. From picture books to elementary reading books to movies, Joyce’s touch has been seen in such beloved hits as Meet the Robinsons, Robots, Disney’s Toy Story, and A Bug’s Life.

Joyce has written many children’s books but his children’s book series. His version of these characters became the basis for the Dreamwork’s animated movie Rise of the Guardians.

I love William Joyce’s Guardians of Childhood series. The picture books, the novels, the movie… they’re all a lot of fun. These enchanting tales breathe new life into childhood figures, casting them as the first super heroes in a fantastic tale of adventure that sparks the imagination. But Joyce does more than just put a new spin on familiar characters. This series also deals with life lessons and themes such as friendship, parental love, growing up, and trust. The entire series makes for entertaining family reading, and offers teachable moments without being heavy handed. If you haven’t read The Guardians series, I highly recommend you pick up the entire set. The new covers are a perfect match to the upcoming final novel Jack Frost: The End Becomes the Beginning. I’ve already got my copy pre-ordered. 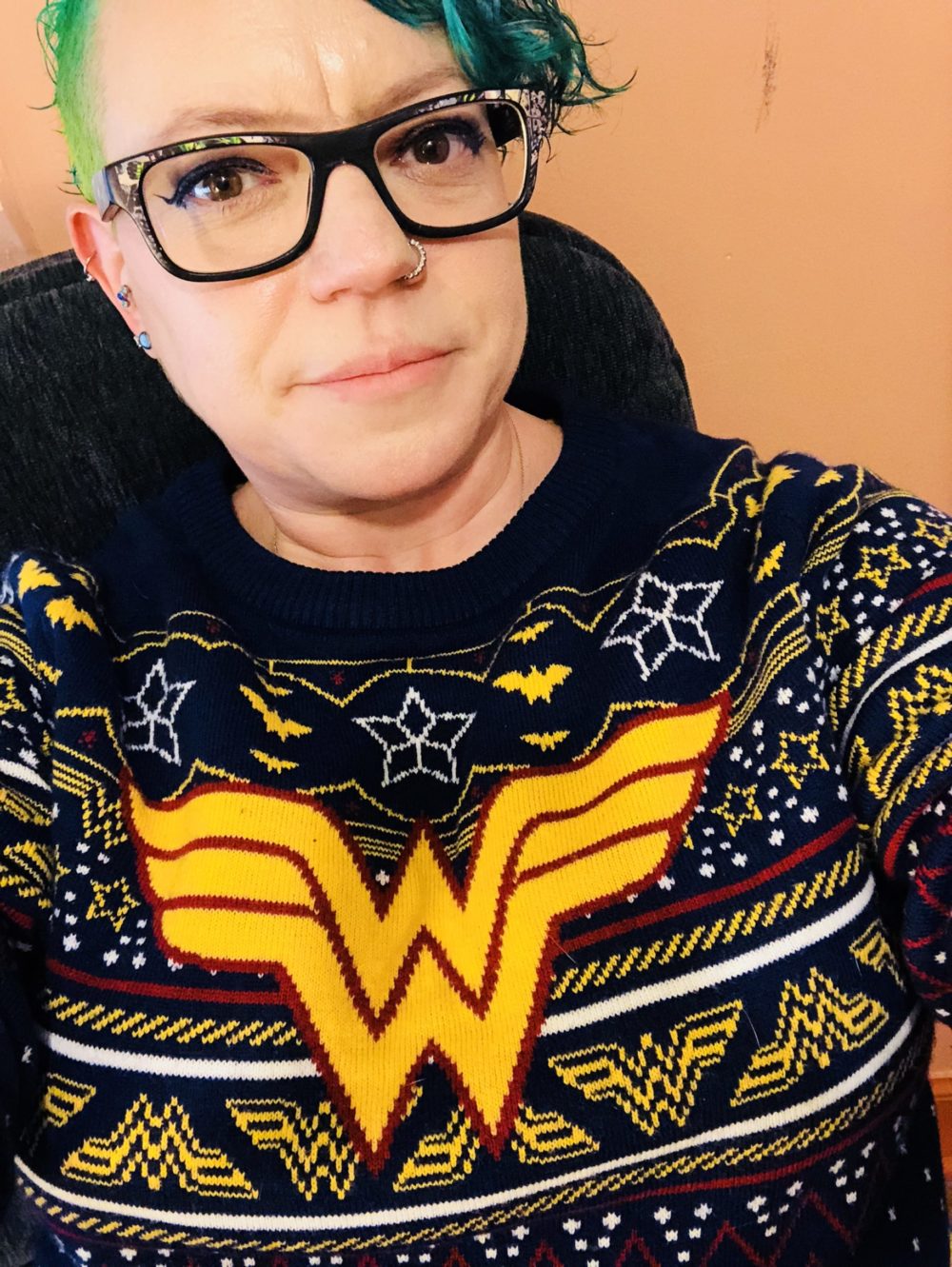 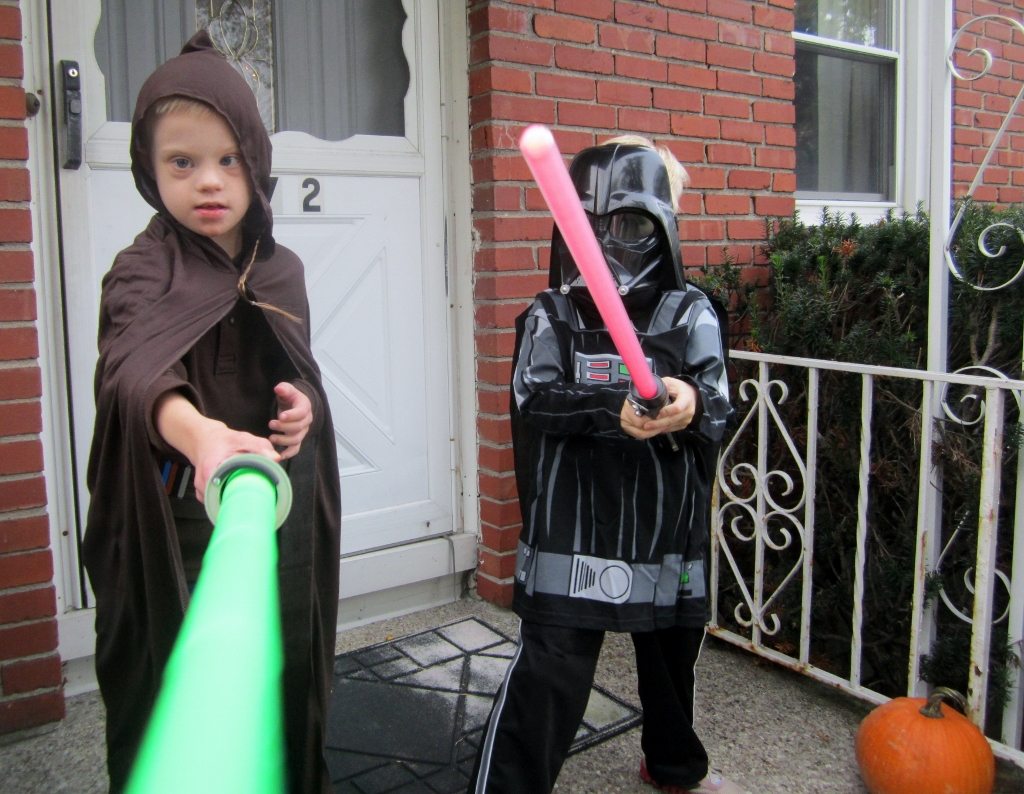 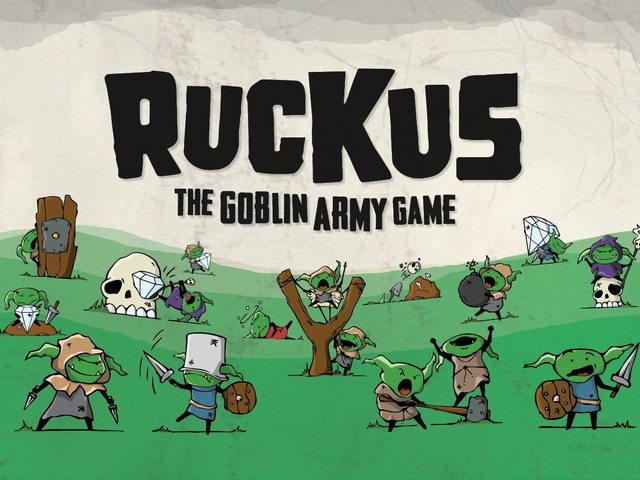